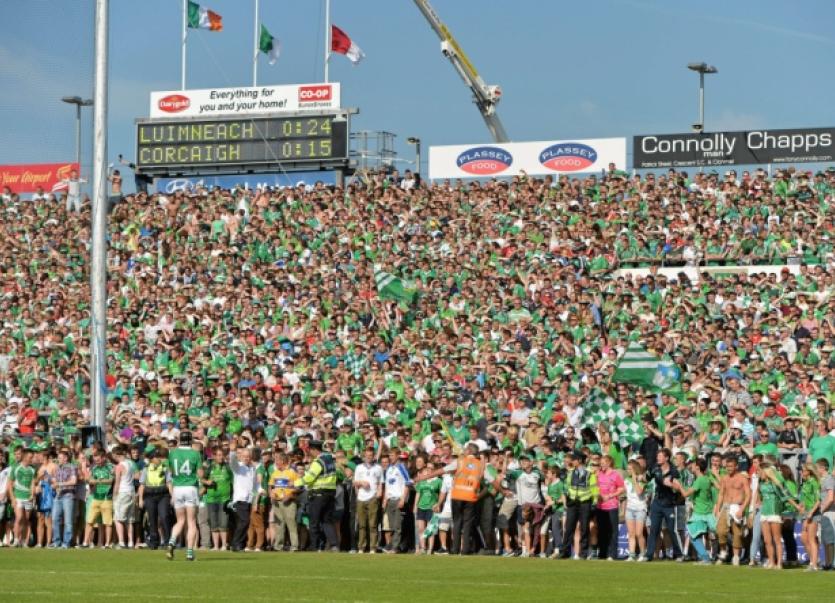 A COUNTRYWIDE ban on pitch invasions could present its own health and safety risks, Limerick GAA county secretary Mike O’Riordan has said.

A COUNTRYWIDE ban on pitch invasions could present its own health and safety risks, Limerick GAA county secretary Mike O’Riordan has said.

He was speaking after the president of the GAA said pitch invasions of the like seen after Limerick’s Munster Final win in July were “not justifiable in modern society”.

Liam O’Neill said that it was “a pity it took three claims” for people to appreciate the safety risks associated with mass encroachment on the field of play by spectators.

He was referring to three claims for compensation lodged by people who allegedly suffered injury during the pitch invasion after Limerick beat Cork to win their first Munster senior hurling title for 17 years.

But GAA headquarters has since confirmed that the claims - also mentioned in Mr O’Riordan’s annual report for 2013 - were not pending after all.

GAA insurance officer Sinead Quinn told the Irish Examiner: “Formally, no proceedings have been instigated. There may have been a mention in Mike’s report and we would have made a full defence had there been any claims”.

The scenes after Limerick’s win provided some of the most abiding images of a vintage year for the GAA but Mr O’Neill clearly does not want to see a repeat.

“A number of commentators have been...saying it is traditional to go on the field and so on. It is actually dangerous and it is not justifiable in modern society that people put themselves at risk by going on to a field,” said the GAA president.

He favours allowing championship winning teams parade around the ground while supporters stay on the terraces - as was done in Croke Park.

Mr O’Riordan commented, however, that containing the passions of supporters as enthusiastic as they are in Limerick could prove a challenge. “It could be a far worse safety if people were crushed and we would also have to consider the personal safety of the stewards,” the county secretary said.