Armed gardai deployed as prisoner lashes out in Limerick station 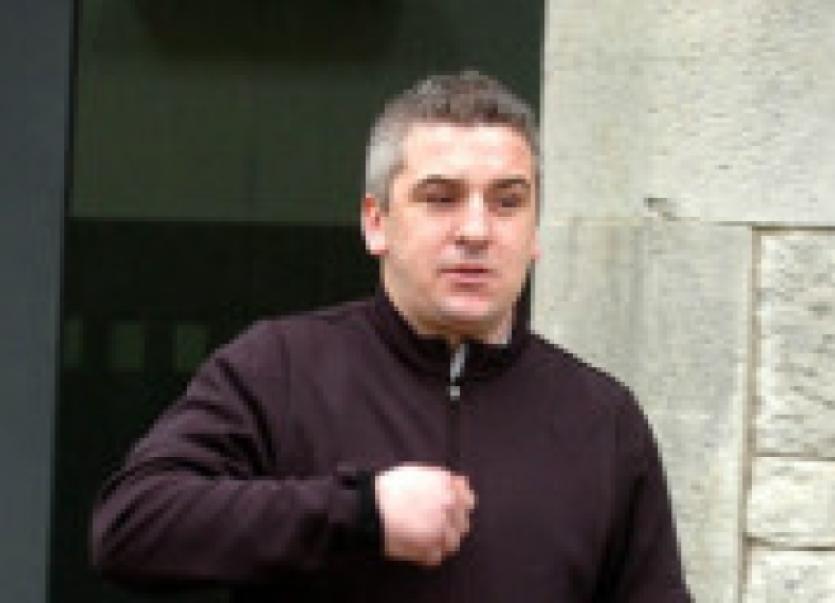 ARMED gardai had to be deployed at Bruff garda station this week after a prisoner became violent and lashed out as gardai executed a bench warrant, it was claimed in court this week

ARMED gardai had to be deployed at Bruff garda station this week after a prisoner became violent and lashed out as gardai executed a bench warrant, it was claimed in court this week

Maurice Boddy, aged 33, of Caherguillamore, Grange, Kilmallock has denied grabbing a garda by the throat and threatening him while in custody at the garda station.

He was brought before Limerick District Court this Tuesday after he was charged with obstructing Garda Donal O’Sullivan and Garda Deano Wilkinson as they tried to arrest him at his home earlier in the day.

It is alleged Mr Boddy violently resisted the two gardai after they informed him they were executing the bench warrant, which was issued at Kilmallock Court on January 3, last when he failed to appear before the court on road traffic charges.

During a bail application, Garda O’Sullivan said when he explained what was happening, the defendant walked to the rear of his home in an effort to avoid being arrested.

He said a violent altercation then took place in the utility room of the house and that he and his colleague struggled to place handcuffs on Mr Boddy.

At one point, he said, the accused man became so aggressive and violent, he had to use pepper spray to incapacitate him.

Garda Wilkinson told the court when he tried to calm Mr Boddy down he “just got more and more aggressive” and violent.

The court was told after he was conveyed to Bruff garda station Mr Boddy became violent again.

Judge Eugene O’Kelly was told he ripped up one of the charge sheets as it was being read to him and that he also grabbed Garda O’Sullivan by the throat. At this point members of the armed Regional Response Unit (RSU) were deployed at the garda station.

Garda O’Sullivan told the court he had never experienced such a level of violence during his 20-year career and he said he is “very concerned for my own safety”.

In his evidence to the court, Mr Boddy said Garda O’Sullivan has nothing to fear from him and that his comments were not meant as a threat.

While he admitted ripping up one of the charge sheets because he was disgusted, he strongly denied assaulting Garda O’Sullivan. “I wasn’t violent, I didn’t assault him at any stage,” he said.

In relation to the road traffic matter, Mr Boddy said he had received a text message from the prosecuting garda on January 2 indicating he would not be required to attend court the following day as she was out sick. “I had every intention of going to court,” he said.

Sergeant Donal Cronin said the Director of Public Prosecution was being consulted in relation to what happened at the garda station.

Mr Boddy was refused bail by Judge O’Kelly and is due to appear before Kilmallock Court this Friday.