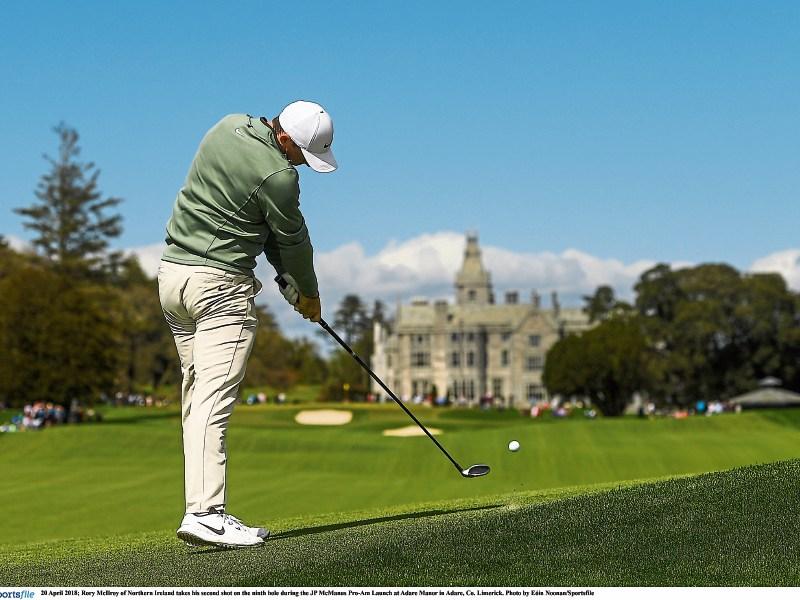 THE RYDER Cup is “really close” to being hosted in Limerick’s Adare Manor in 2026, according to a former Ryder Cup winning captain.

Paul McGinley, who is also a member of the board of the European Tour committee, believes Adare Manor is close to securing the major golf event.

Appearing on the RTÉ Late Late Show on Friday night, Mr McGuinley was quizzed on the ongoing bid to host the international event.

“We’re doing good, but we’re not over the line,” he told host Ryan Tubridy.

“And it's a little bit worrying that it's not over the line because we are quite ahead of the posse but the posse are on our heels.”

He added he was “a bit reluctant” to say the event would definitely be held at the Manor in 2026.

“Particularly with the disappointment we had as a country when the Rugby World Cup didn’t come but we’re close,” he said.

“We’re really close and I think that it would bring a lot to the country.”

The JP McManus Pro-Am will take place in 2020, and it is also expected that the Irish Open will return to Adare Manor in either 2021 or 2022.

By then, Adare Manor will already know its fate in the race for the tournament.

Rory McIlroy previously backed the bid to bring the event to Limerick, saying: “I have played and competed at much worse venues in the Ryder Cup. I would be very confident that this would be very successful.”