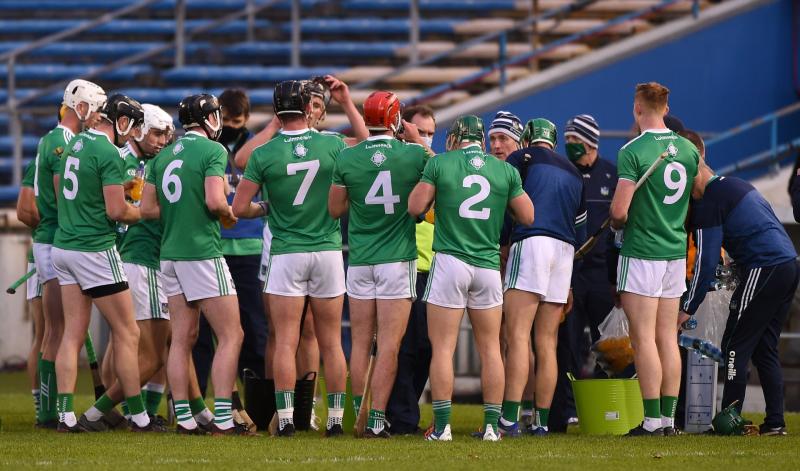 SO back to being a game of two halves for the GAA!

Thankfully the water breaks are no more and thus the four distinct four quarters will disappear and return to the regular half time break.

Initially in the Summer of 2020 the water break served a purpose when it was felt the sharing of water bottles wasn’t best practise in the fight to stop the spread of Covid-19 but personally I never enjoyed the break in momentum that the stoppage between the 15th and 20th minutes created.

That said, the water break served Limerick hurling well – winning five of the possible six trophies on offer during the ‘water break era’.

It sometimes feels that opposition supporters think the Limerick hurlers created the water break to suit a purpose. Not at all, but what they did do was use the time with their players wisely – as any top management team should within the rules of the game. Coach Paul Kinnerk and his tactics board are an integral part of the Limerick set-up, but lets remember neither put any ball between the posts!

“By all accounts, it is going to be a major setback to us!” smiled John Kiely when addressing the subject after the win over Clare last weekend.

Kiely did elaborate and raised an issue which needs addressing.

The return of the Maor Foirne...

“It is very difficult now because I was trying to shout in messages during the game in the first half when the crowd was really involved. There was a lot of noise in the stadium. There were only 8,000 here, and the lads still couldn’t hear me. This is a problem,” said the Limerick manager.

Kiely is right and, both hurling and football need a designated runner or Maor Foirne.

In the inter-county game, the respective managers or a coach/selector have a specific area which they should stay within during game time and for me, this is a sensible scenario. A manager can also watch the game from up in the stands if they wish with someone else deputising on the sideline. All inter-county managements are in radio contact anyway.

Hit and hope are long gone and tactics are central to the game and 35-minutes is a long time if a management feel a change of tact is needed.

This is where a runner is necessary.

There were a couple of flash points a few years back so the GAA logic was the get rid of the role. I’m long weary of saying that consistent use of the rules that are in place can solve 99% of the ills within the game. In this regard, any wrong doings on the behave of the designated runner should see the penalty imposed on both the team and individual – for example a one match suspension would mean the team have no runner for one match and not a scenario where one individual can be replaced by another in the role.

Only time will tell what the future holds for the Maor Foirne as the Allianz Leagues progress but it appears a shame that so much time be dedicated to training, tactics and match analysis and then keep the management from supplying relevant information to the players for the majority of the game.