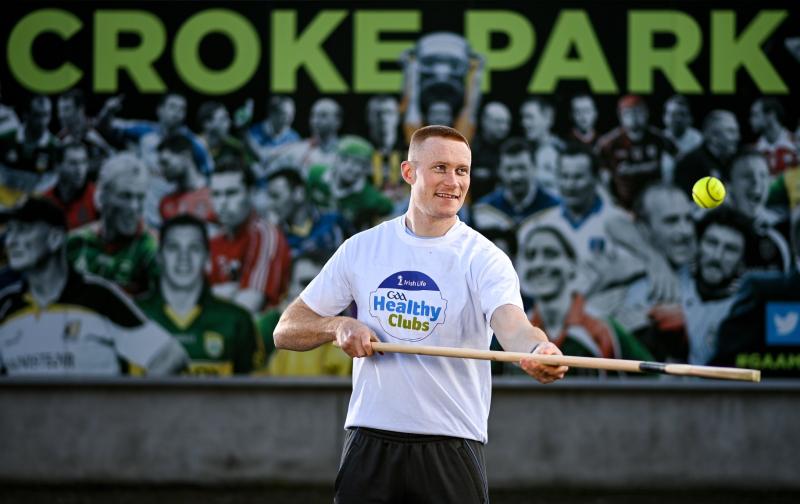 WILLIAM O’Donoghue was back in Croke Park this Tuesday.

Five months previous O’Donoghue and his Limerick hurling team-mates retained the All-Ireland SHC title for the first time in the county’s history.

Next Sunday, John Kiely’s hurling heroes return to competitive action when they play Kerry in the Munster Hurling Cup in the TUS Gaelic Grounds at 2pm and O’Donoghue is very much aware that Limerick are team that all want to beat in 2022.

“It’s always a challenge  when you are expected to win games - the bookies make a call on something but they are not the ones having to go out there and run around. It’s easier to say a team should win, than to go out and try and win a game against another inter-county group who are set up and absolutely gunning to beat you,” O’Donoghue told the Limerick Leader when speaking at the launch of the Irish Life GAA Healthy Clubs programme.

“Whether people or the bookies say we should win, we know what we have to do to win a game and know that if we execute it we might have a good chance of winning and if we don’t we definitely won’t win it. Performance is what we are all about because you can’t guarantee success or winning. So we just focus on ourselves because if we don’t perform we won’t win,” stressed the Na Piarsaigh man.

No one will be resting on their laurels insists the midfielder.

“Last year is gone and it’s plain and simple, we have to improve because other teams will be going gung-ho to improve because they probably know and believe they have more in them so it is up to us to try and improve as well to ensure we try and stay competitive.”

Limerick only returned to training post-Christmas.

“We got a nice break and got to enjoy Christmas and got to do some social things together, which was brilliant and time for family and friends. I don’t think any of us could have any complaints going back training - it’s time to go to work,” he said.

Limerick have a guaranteed fixture list of 10 games between Sunday and May 15.

“It’s brilliant that we aren’t going back training for something that is six months away - you are not training for the sake of training. It’s coming thick and fast - the league is starting the first week of February and the championship is the middle of April and there are going to be lots of games, which I think players and supporters both want.  We have the round robin again and plenty games rolling into the TUS Gaelic Grounds and hopefully we can deliver some good performances. It’s what we want - we want to be playing games and I am hugely looking forward to this year.”

For the backbone of the Limerick panel this will be at least their sixth season at senior inter-county level.

“No one is going to give up so much of their life and so much of their time, if no1 they didn’t enjoy it and no2 if they didn’t feel really passionate about it. If you are only doing it to win, well winning is never guaranteed. If your primary goal at the start of the year was to win something, well that wouldn’t be long waning by the time you got to the end of January in the lashing rain,” he said.

“You need a purpose for why you do it - of course there are challenges along the way and times things are not going the way you might want them to go and it’s not all plain sailing like anything in life and that’s a challenge in itself to try and improve or to withstand that tough block and just see out what you are capable of doing or what you can contribute to the group.”

He explained: "For me, I really enjoy the team or group element - not team in the sense of players but team in the sense of family with the backroom team and a group of like minded people pushing in the one direction. You are essentially doing it for them as much as you are for yourself. There are 50-odd people giving up the same amount of time who care as much and are willing to sacrifice as much as you are and all to try and achieve something because like I said, you are never guaranteed to achieve something".

"Dublin won so many in a row but now there is talk about Cluxton and other stuff. The reason we get on so well and respect each other is because everyone is willing to sacrifice as much as the other. It’s not just based on success. The Dublin footballers I would imagine still have the exact same kind of relationship but just because they didn’t win people start talking. Just because we are winning everyone says we get on so well together but we all get on so well because we respect each other and strive for the same thing and there is no one not willing to do what the other would do, so that’s a healthy relationship and what we have."