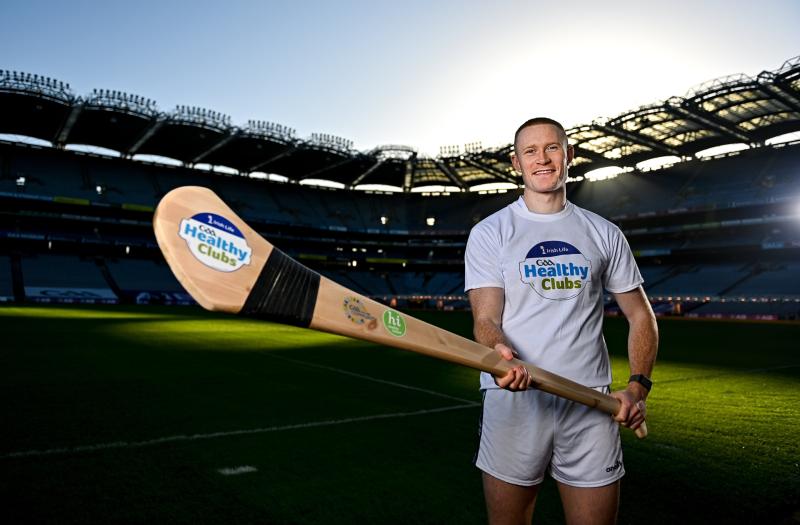 The 2021 All-Star midfielder was back in Croke Park this Tuesday for the launch of the initiative alongside Larry McCarthy, GAA President, Declan Bolger, CEO Irish Life, and Meath footballer Niamh O’Sullivan.

The launch confirmed Irish Life’s new four year sponsorship of the GAA Healthy Clubs, which promotes the holistic health of club members and the communities they serve, to encourage improved health in communities throughout Ireland and build better futures for all.

O'Donoghue is adamant that GAA clubs can play a big roles in the communities they serve - especially in the area of healthy living.

"If you even think about Christmas and how your usual routine goes out the window with more social activity and less exercise. Very quickly you can see how someone could fall into a lull or simply not feeling like yourself - then you go back to eating healthy and exercising and all of a sudden you can start to feel that bit better about yourself," he outlined.

"We all have to enjoy ourselves but even having a healthy routine is obviously a good thing to have and I think the benefits can be seen almost immediately - it gives you a structure to your life," he said of benefits of regular exercise.

O'Donoghue was speaking ahead of Limerick's opening game of their inter-county season on Sunday when they play Kerry in the Munster Hurling Cup.

Overall, the Na Piarsaigh clubman is confident GAA clubs are fulfilling their role of providing for their members and wider community.

"It’s about what they give back to and do for their members. If a GAA club has never won anything, they can still give so much to their community. That's much more valuable to a community than a GAA club which has won a lot but don’t provide or give any happiness or comfort or support for their members. While teams are measured on success, GAA clubs should be measured on what they do for their communities and the impact they have on their locality and what they do for them," he told the Limerick Leader.

"Just look at when the pandemic hit and I can remember one of the things that Na Piarsaigh was doing was that there was a WhatsApp group set up and it was for elderly in the local area or anyone would didn’t want to go out and they had a prescription or groceries to be collected it was put into the WhatsApp group and within minutes of going into the group there were five people back to help and it’s stuff like that that makes a GAA club and many of those lads were in their 20s."

For more information on the Healthy Clubs programme see here