Limerick hurlers sparkle on the biggest stage once again in 2021 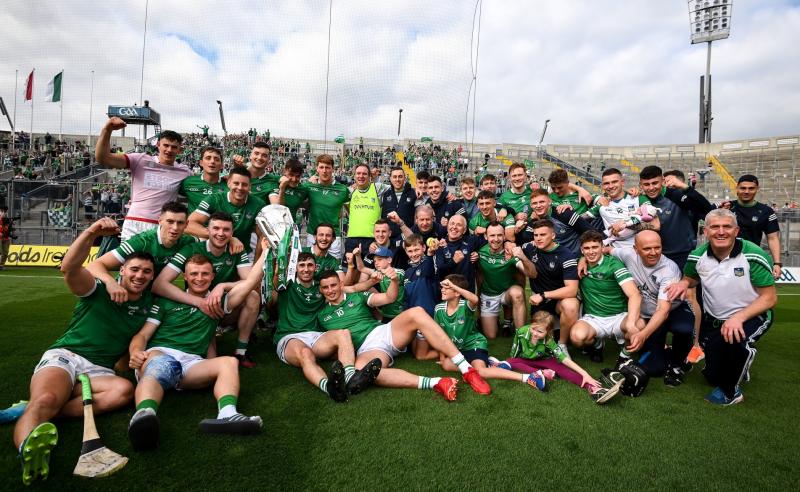 JOHN Kiely smiled, drew a breath, and then answered: “It’s hard to comprehend”.

The Limerick senior hurling manager had just guided his side to back-to-back All-Ireland SHC titles and with a swashbuckling display.

It was an August 22 All-Ireland final display to live with any since the first final in 1887.

To do it in successive All-Ireland senior hurling championship finals is testament to the status of John Kiely’s crop of Limerick hurlers – back-to-back champions for the first time ever and with eleven and now 16-point final victories over Waterford and Cork respectively.

Even more remarkable when one considers that the first of the three Liam MacCarthy Cup wins across the last four years brought an end to a 45-year wait for the coveted silverware.

Limerick went as close as possible to perfection in the opening half in Croke Park to lay a near impregnable foundation for what is Limerick’s 10th All-Ireland title win from 19 finals.

Limerick finished 16-point winners in what was the 134th All-Ireland SHC. By half time the lead was 13-points and with 3-18 on the board – that tally would have won about 75% of all finals!

A record first half score from the men in green and what a blistering display it was in front of 40,000 in GAA Headquarters.
Limerick never trailed albeit twice in the early minutes the teams were level, but from the fourth minute on, Limerick never looked back. They were to score 2-12 from play from eight different players in the opening 24-minutes.

By the final whistle, Limerick had 13 players on the scoresheet accounting for 3-28 from play.

“It’s great to take a moment to consider the achievements but ultimately for people involved with teams it’s all about performance and the satisfaction that the coaches will take from that performance. The satisfaction from their work coming to fruition on the pitch on the most important day - that’s real satisfaction,” stressed John Kiely.

“They seem to be able to push the boundaries of their performances outwards and upwards on a continual basis. They are very much on an upwards trajectory at the moment and keep pushing at the bounds,” added Kiely.

Hannon and Christy Ring the only captains to lift the Liam MacCarthy Cup three times.

“It really is all about the group and never about any individual - you are not going to get anywhere if it’s one person trying to drive things,” stressed Declan Hannon.

”It was a great performance and today is the day that you want to do it,” said the Adare man.

Hannon was also quick to applaud the role of the returning supporters with Covid-19 restrictions easing as the championship progressed and Croke Park was open at 50% on All-Ireland SHC final day.

“Those last few minutes were amazing with the Limerick supporters singing and to see all the happy faces is just brilliant. We really are so happy to have them (supporters) back - to have that noise, it’s brilliant. We are just having the time of our lives and enjoying every moment of it and long way it continue,” said Hannon.