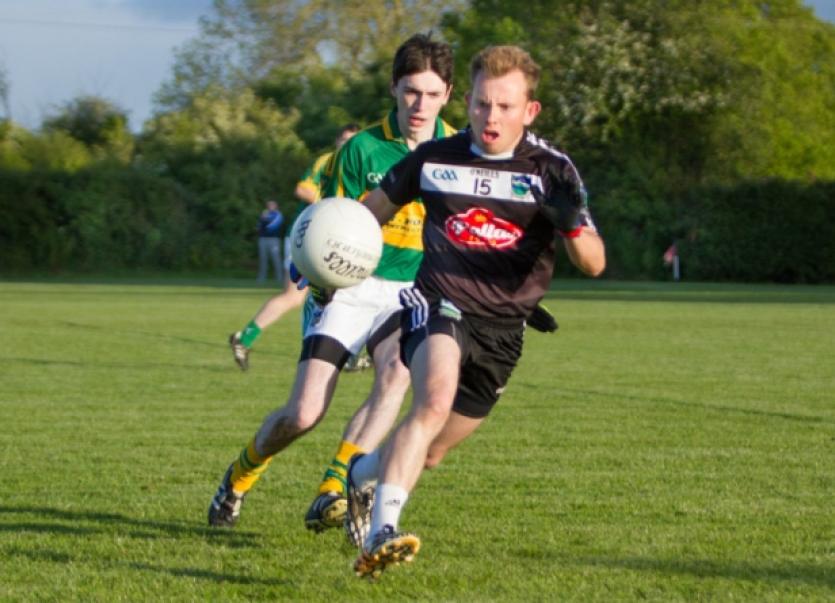 THE Limerick junior football team to play Cork in Sunday’s Munster semi final shows three enforced changes from the side that beat Clare.

THE Limerick junior football team to play Cork in Sunday’s Munster semi final shows three enforced changes from the side that beat Clare.

The Limerick junior footballers are chasing just a second Munster final appearance in over 50 years.

But standing in the way is a Cork side that have won two of the last four All Ireland titles in this grade.

But 12-months ago Limerick lost by just two points to Sunday’s opposition at the same stage of the competition.

Limerick travel south on the back of a merited quarter final win over Clare, while Sunday will be Cork’s first outing of the championship.

Ahead of the semi final on Leeside, Limerick’s team are planning without a trio that started in the win in Cusack Park, Ennis - centre back Mark Phelan, centre forward Derry O’Connor and full forward Eoin Hogan.

Their options are bolstered by the addition of three players, who were subs on the senior team that lost out to Clare in the Munster SFC - Mikey Lyons, James Naughton and Brian Fanning.

In what is a strong panel, that trio are joined by another four from the extended senior panel (Seamus O’Carroll, Sean Barrett, David Ward and Jason Mullins).

Limerick’s last Munster final appearance was 2010 when Waterford were beaten to reach the Newcastle West final against Kerry, who were 3-12 to 1-6 winners.

Thomas Butler and Eoin Fizgibbon played in that final and remain on the panel for Sunday.

This season Limerick football was ensured a constant link between the county senior, junior and U-21 teams.

Limerick senior football manager John Brudair insists anyone sparkling in Cork on Sunday will be in his plans for the All Ireland SFC Qualifier against Tyrone.

“If people are performing at club level or in the junior team we will look at them,” he stressed this week.

“Lads (in the junior team) have an opportunity to take a claim for a place in the 26 man match day panel or even the starting team for us. There has been a link between our teams and it has been good for all concerned,” said Brudair.