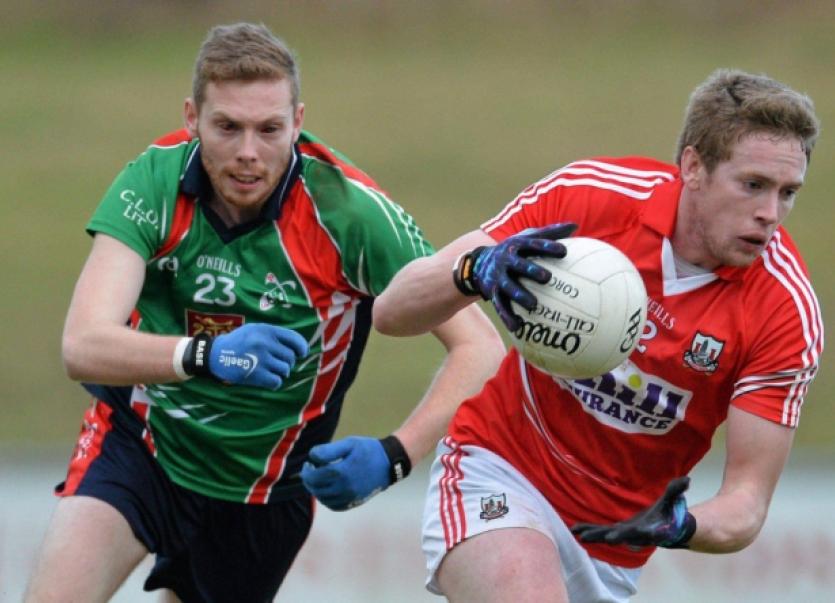 THE University of Limerick have advanced to the semi-finals of the McGrath Cup.

THE University of Limerick have advanced to the semi-finals of the McGrath Cup.

The Limerick Third Level college defeated UCC this Sunday 5-18 to 4-16 in the Gaelic Grounds.

Limerick inter-county panellists Danny Neville and James O’Meara, both of Ballysteen, were part of their plans.

The Liam Kearns managed side now advance to meet Cork in next Sunday’s semi-finals - most likely in Mallow.

UL led by 3-7 to 2-9 at half time with Brian O’Shea, James O’Donoghue and Paul Whyte all goaling.

There was no joy for the other Limerick colleges in the early season senior football competition.

Cork IT 5-17 to 2-6 winners over Mary Immaculate College.

The Cork side, who play Kerry in the semi-finals, had Limerick senior Darragh Treacy of the St Kierans club, among their goal scorers.

The Limerick senior side, along with Clare, Waterford and Tipperary all opted out of the McGrath Cup this season in protest against the Munster Council’s decision to return to a seeded draw in the 2014 Munster SFC.

This Sunday John Brudair’s Limerick senior side played Waterford in a challenge game.