Barry Foley recalls the 1996 epic between Limerick and Clare 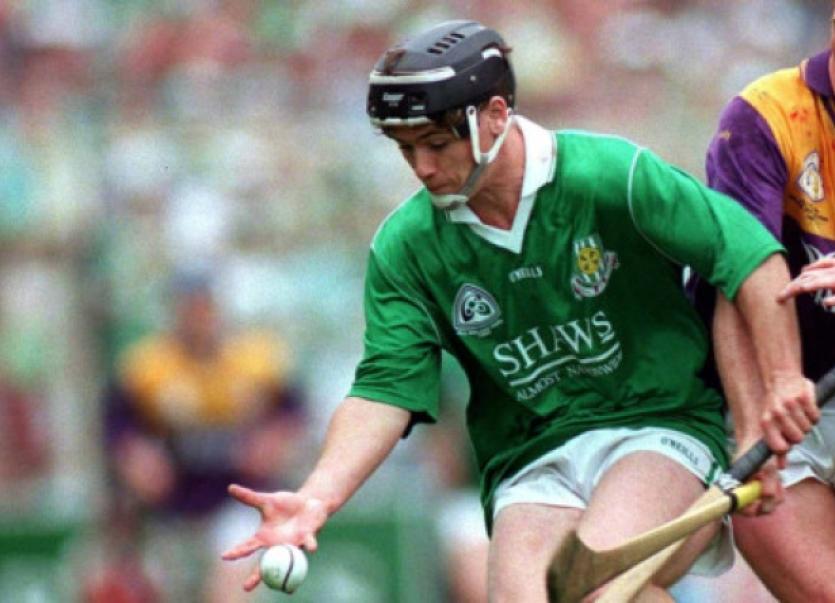 CIARAN Carey will be forever more immortalised for ‘that’ point against Clare in the Munster SHC of 1996.

CIARAN Carey will be forever more immortalised for ‘that’ point against Clare in the Munster SHC of 1996.

But spare a thought for Barry Foley!

The Patrickswell was the new kid on the block that year - attempting to break into a tight knit Limerick team looking to regain the momentum of two years previous.

“I joined up with the panel that January or February - I was minor the previous year and I guess things were going fairly well with Patrickswell at the time,” recalled Foley this week.

“I had turned 19 that May and to be honest I didn’t really expect to play much that year.”

Limerick beat Cork in the opening round 3–18 to 1–8. It was the Rebels biggest defeat since 1936 and there first championship defeat at home since 1923.

Next up was a clash with Ger Loughnane’s All-Ireland champions.

Over 43,000 packed into the Gaelic Grounds for the latest renewal of the mid-90’s heightening Shannonside rivalry.

“There was some build-up to that game - hurling was massive at the time and everywhere you went people were talking hurling,” recalled Foley.

“I remember training was unreal ahead of the game and fellas were so anxious to beat Clare.”

He continued: “We did our warm-up that day and it was so warm that fellas went for a shower after to try and cool down. It was sweltering - high 20’s in temperatures”.

“I have never seen a dressing room like that day. Fellas like Gary (Kirby), Ciaran (Carey) and Mike Houlihan were driving it home that we were not going to be beaten,” recalled Foley.

The game itself was end to end.

The champions came from a point down at the break to go three points clear with 15 minutes to play.

Indeed Eamonn Taaffe could have finished the game off with a late goal chance.

But Limerick held on .

In the 50th minute, Tom Ryan sprung a surprise, replacing Shane O’Neill with a debutante.

“I was shocked to be honest when he called me. I wasn’t used against Cork and didn’t think I was going to play,” said Foley.

But what an influence the teenager was to have.

“Good memories - that was my first appearance in the championship,” outlines Foley.

“I got my two points. Fellas tell me I fumbled the first one but I got it back and then the second one was the equaliser,” he recalls.

Just weeks after his 19th birthday and on his championship debut Foley was surely destined for the headlines after snatching a late late draw against the All-Ireland champions.

“I got my second and then came the puckout and he grabbed it and just soloed 50 or 60 yards up the field before hitting it over on his right.”

He continued: “In the context of the game it was unbelievable. To get that score in the final minute and to run that far and still get it over”.

Carey won Davy Fitzgerald’s puckout and began his meander forward. First moving from the far sideline towards the Mackey Stand side and then the now famous weave back onto his right to five over.

All the time Clare’s Fergal Hegarty gave chase in vein.

“I was roaring at him,” joked Foley, who was positioned in front of the Mackey Stand, roughly where he had just fired over the equalising point.

“Ciaran was never going to pass - there was only one thing in his mind and when Ciaran decided to do something on the hurling field he did it,” explained Foley.

“It was one of the greatest scores ever - the best that I have seen anyway.”

Sunday’s Croke Park clash brings the memories of those mid-90’s flooding back.

“It’s great to have everyone talking about hurling again. It is very similar to the mid-90’s in that regard,” said Foley.

“I would have to say that I was surprised that they beat Tipperary and since then they have just gone from strength to strength.”

He continued: “There is a real belief about Limerick this year. They have a fabulous attitude and their fitness has reached new heights.”

“They really are in a great position now and I just hope that they get the break on Sunday,” said Foley.