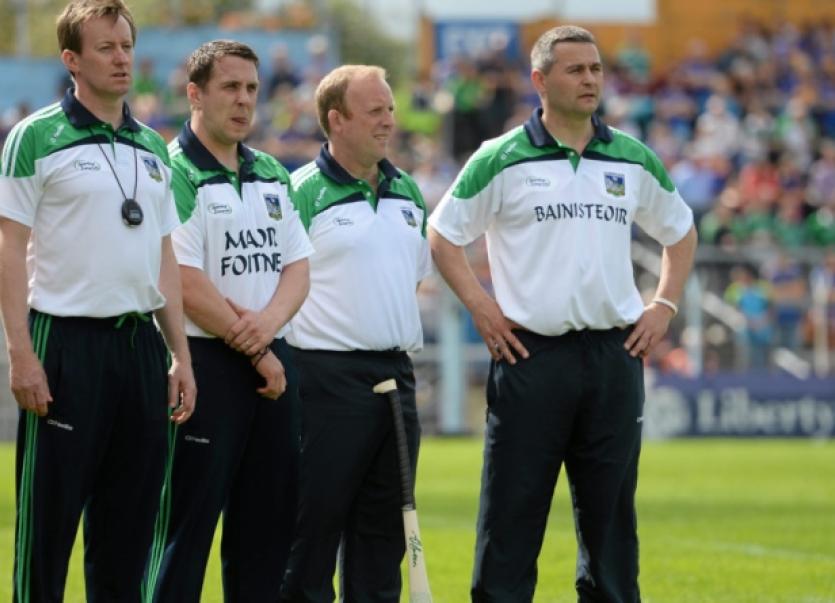 Limerick senior hurling manager TJ Ryan looks set to make changes to his management team. Ryan is to appoint a new coach and a new trainer for the 2016 season. Departing the inter-county set-up are physical trainer Mark Lyons and Paul Beary. Both also served as selectors for the past two seasons under manager TJ Ryan and initially alongside Donal O’Grady in 2014. It is understood that TJ Ryan has pin-pointed two former members of Davy Fitzgerald’s Clare All Ireland winning management to replace the departing duo - coach Paul Kinnerk and strength and conditioning coach Joe O’Connor. Both are Limerick natives but made their name with Clare and were key members of their 2013 All Ireland winning success.

Young Munster will play UL-Bohs in the first of this season’s Charity Cup semi-final’s. Munsters overcame the challenge from Nenagh Ormond in last night’s quarter final by a score of 32-15. Tries from Darragh O’Neill, Alan Ross, Ger Slattery and Mike Vaughan were enough to see Munster through. Young Munster are now scheduled to face UL-Bohs in the semi-final of the Limerick Charity Cup at Clifford Park on Tuesday, September 1 at 7pm. The second semi-final between Old Crescent and Garryowen is due to take place at Rosbrien on Thursday, September 3 at 7.30pm.

Limerick announced the signing of Barry Cotter, who bears an uncanny resemblance to Brazil World Cup star Neymar, as part of the Blues U-17 National League squad this week. The fact Cotter, who previously played with Avenue Utd and Ennis Town, is a Neymar lookalike has sent Twitter, Facebook and scores of sports websites, both at home and abroad, into a frenzy. BBC Sport, which has 8 million followers on Facebook and 4.19 million followers on Twitter, have been carrying a story on the close resemblance between Barcelona frontman Neymar and the Limerick FC teenager.

Irish coach Joe Schmidt has named a formidable starting 15 to take on Warren Gatland’s Wales on Saturday. Paul O’Connell will captain the side and will be joined by Iain Henderson at second row. It will be O’Connell’s final game in an Irish shirt on home soil. Rob Kearney, Jonny Sexton, Robbie Henshaw, Conor Murray and Peter O’Mahony also come into the side. Leinster prop Tadhg Furlong is in line to make his full debut after being named on the bench. Keith Earls starts the game on the left wing with Donnacha Ryan, Dave Kilcoyne and Felix Jones completing the Munster contingent on the bench.

Former Republic of Ireland international Ian Harte has decided to retire from football at the age of 37. Harte enjoyed the most successful spell of his career at Leeds where he became an established name in the Premier League and was voted in the PFA Team of the Year in 1999-2000. He played 63 times and scored 12 goalsfor Ireland and was a mainstay in Mick McCarthy’s starting 11 during his tenure as Irish boss. In all Harte played for seven clubs that included a three year spell with Spanish side Levante.