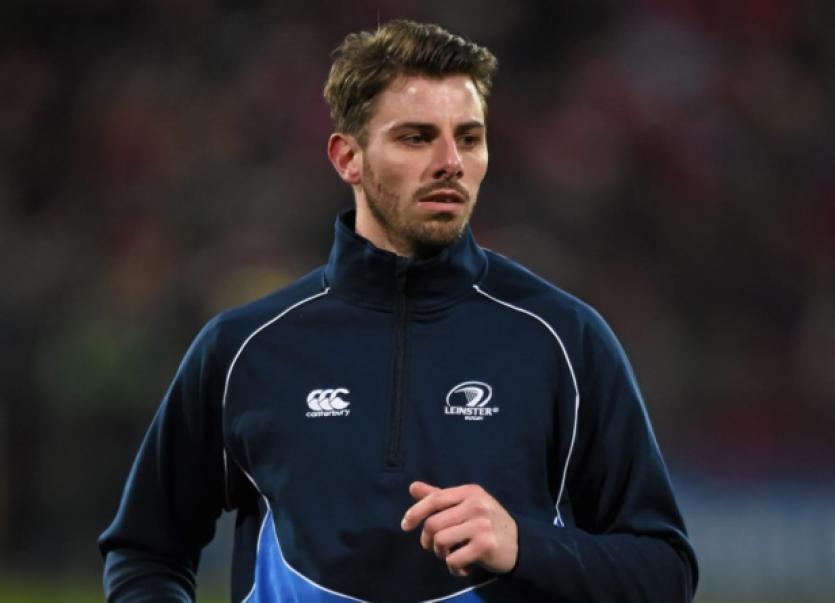 DAVID Breen is in the unique position of combining his inter-county hurling with employment in professional sport.

DAVID Breen is in the unique position of combining his inter-county hurling with employment in professional sport.

Even more so when it is in the blue of Leinster for a Limerick man from the shadows of Thomond Park.

“I’m a physio with Leinster rugby. I was in the Santry Sports Clinic in Dublin but moved to the Leinster set-up last September,” outlined the Limerick hurler.

“We have four physiotherapists and are based in UCD, where Leinster have the senior panel of 40-45 players and then the academy panel of 22-26 players. They all come in every day and that’s our 9-5 job,” he explains.

So perhaps that’s how Breen’s return to fitness is ahead of schedule after breaking a bone in round one of the Limerick SHC and missing the Munster SHC win over Clare.

“It’s probably worse because I would be reading into every little thing and sometimes you would feel like just sitting up on the physio bed and someone telling you what the problem is. But when you are constantly aware of your rehab and progress it can be a bad thing - sometimes it’s nice to have someone to take the reins,” he said.

Breen and all in the Leinster set-up are on holidays at present but reflecting on his first season involved in pro-sport, his observations are interesting.

For all the talk about the professional nature of GAA team preparation, it isn’t and can’t be on a par, according to Breen.

“I don’t think they are on a par - they can’t be on a par really. The best strength and conditioning coaches and best medical staff all go to the professional sport - the best you can hope for from a GAA point of view is someone like Mark Lyons (Limerick S&C coach) who is a lecturer in that area and gets to do the practical side with a county team, like Joe O’Connor with Clare,” explains the Na Piarsaigh man.

“Obviously we are limited with time - we only have x-amount of hours in contact in a week, whereas for Leinster they go into work every morning at 8am and walk out the door at 3pm and see each other six out of seven days in the week. I think the GAA is as professional as it can be but it is never going to reach the management strategies or levels of player welfare that you would get at that level. They have a morning session, a pitch session in the afternoon and every Wednesday is a down day for recovery.”

The micro-management takes it to “another level”.

“They have a whole team built around a player - from my point of view, if a player gets injured it’s not the players fault, it’s someone else’s fault and someone has to be accountable for that, either a S&C coach has done too much with them that week and he has popped a hamstring or pulled a quad or a physio hasn’t screened him properly and he has been at risk or a certain type of injury - they are monitored so well and it’s everything, even their sleep,” he outlined.

“We play at an elite level in our sport but you would always wonder about the elite level in other sports and living in Limerick you naturally think of Munster and you see them training in UL. When you go in and get to work in that set-up things make a lot of sense and you talk to guys who are experts in their particular field and it’s definitely something that I can turn to and use in my own career.”

The past season has brought Breen from Edinburgh’s Murrayfield to Donnybrook’s RDS to Thomond Park, but for Breen it’s all about the Gaelic Grounds this Sunday.

“It was a hard place to be sitting in the stand the last day against Tipperary in Thurles - in a way it makes you more grateful on the days that you are fit,” he said of his return from injury.

On Sunday Breen and Limerick chase a third successive win over Tipperary.

“I remove myself from the outside talk and the word around the county - the only pressure we put on ourselves is the pressure from within the dressing room. There should be an expectation of winning and a winning mentality within Limerick because if you are surprised at winning then there is a problem both from within the camp and outside the camp,” he said.

Talk of Munster finals is also on hold.

“It’s a job we have to do that day - the Munster final is a consequence of doing the job. All we can do is focus on Tipperary and we have a good history with them - we have crossed paths for the last couple of years but there is not big thing because you have to tailor your gameplan to every team you meet.”

“We all come from different clubs but once we tog out in that dressing room we are all from Limerick - we have fierce club rivalry but we leave that at the door because we want to win with Limerick. I don’t want to end my career and look back and not have won anything worth talking about - if that means giving the fella who is trying to take the jersey off you, the best opportunity or advice then so be it.”