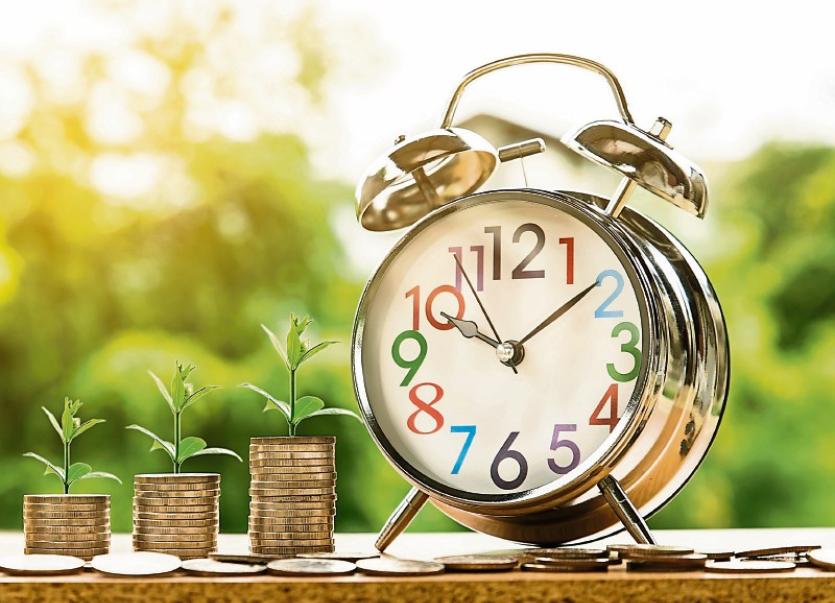 Since WWII, there has been 10 recessions and only in one of them would you have seen your investment lose value over a 10-year period

I’ve been getting lots of questions from readers over the past number of weeks, regarding their pension funds. They are worried and fearful of what might happen to markets, which could have a knock-on effect on their pension values.

They hear and read that markets are very high at the moment, and want to know what the likelihood of a correction is. And in truth, I just don’t know what’s going to happen, and I don’t know who does.

Having said that, I get access to very useful and relevant information from national and international investment organisations, and I received some really interesting material from one, referring to data produced by the international asset management firm, Schroders.

They produced an analysis piece around asset classes, which I thought was worth sharing because if you have a pension or investment fund, no matter how big or small, you need to take notice of what they are saying.

And what they reveal is what they believe returns will be over the next seven years, in equities and bonds, and also forecast what returns may be achieved in different geographical locations throughout the world.

As expected, they are predicting bonds to be loss making and equities to return significantly lower returns than their long-term annual average of 9%.

What this means to you and the value of your funds, is that even if you are a high-risk investor and willing to go all into equities today, based on what Schroder’s are predicting, you can only expect a gross return of 4% per annum over the next seven years.

If you are a low-risk investor e.g. someone that holds 70% in bonds and 30% in global equities in their pension portfolio, based on this research you can expect a gross return of less than 1.5% per annum.

Included are two tables which summarise their forecasts in bonds and equities over the next seven years. 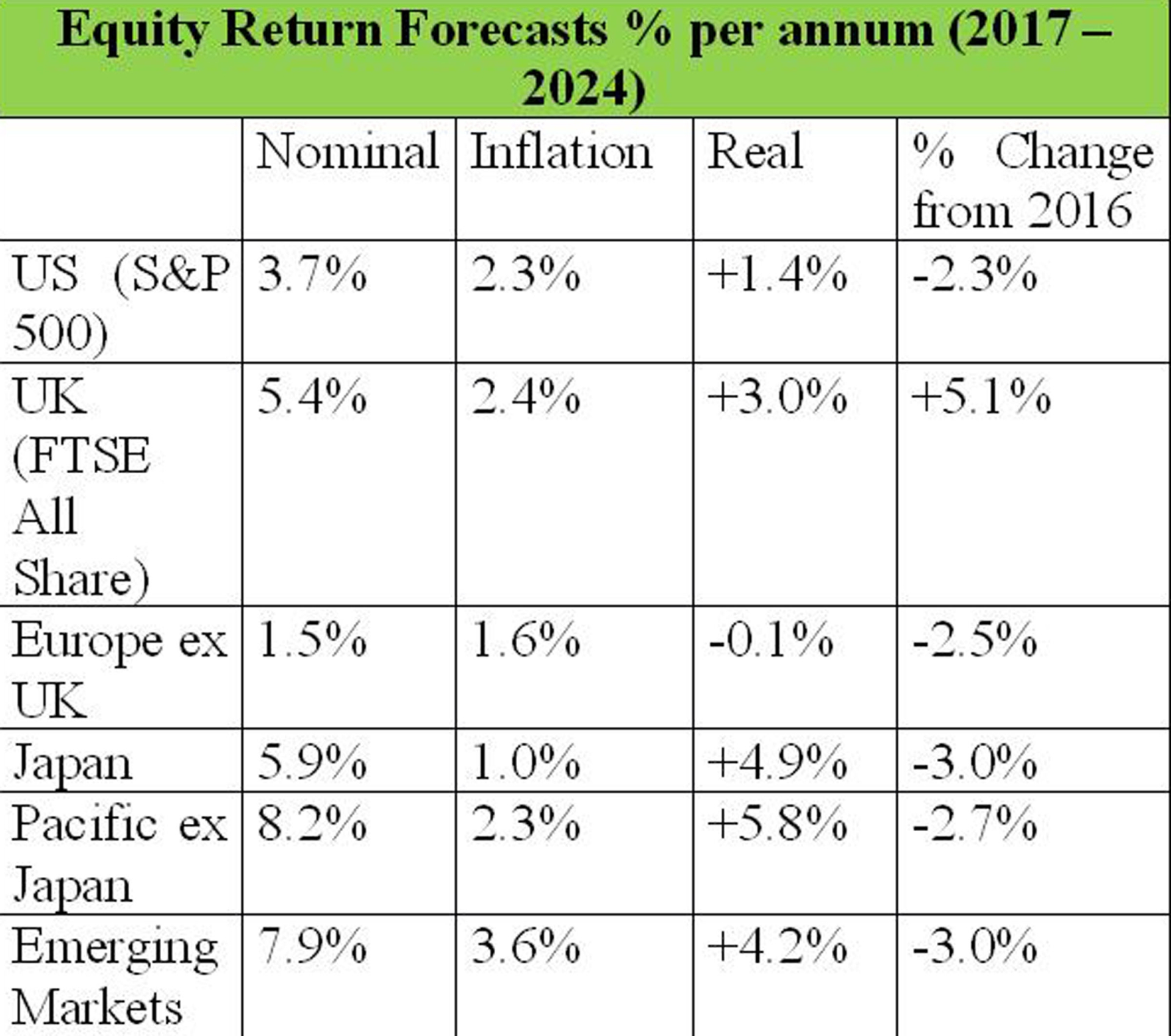 From these expectations, I would take two things (a) they are expecting the market to have some sort of a correction in the medium term and (b) you need to plan, for the future, on the assumption that returns will be much lower than they have been in the past.

With all of the above in mind, what some people do, is pull their funds from equities and put everything into cash, because they are fearful of that downturn when it happens. If they do this, they are betting the drop in values will more than compensate them, for the lack of return while their money sits in cash.

If you hold onto cash long enough eventually you will see markets decline in value, that’s how cycles work. But just because you were eventually right doesn’t mean you didn’t miss out on a lot of growth while you were waiting for it to happen.

Vanguard has produced data showing that between 65%-67% of the time you will see stronger returns if you put your money into the market right now, regardless of valuations, than by trying to time the market and drip feed lodgements when you think the market is low. The reason for this is that the long-term trajectory of the stock market is up, and the more time your money is invested in equities, the better you will do.

Since WWII, there has been 10 recessions and only in one of them would you have seen your investment lose value over a 10-year period. So, if you invested at the peak of the market, just before the downturn, you would still see an average annual return of 7.1%.

This means that on average even if your timing was the worst possible, your investment would still have doubled in value over a 10-year period following the recession.

Don’t get overly worried that you are investing at the peak of the market. If you have the discipline to invest for the long-term, the sooner you get your money invested in the market, the more wealth you will have.