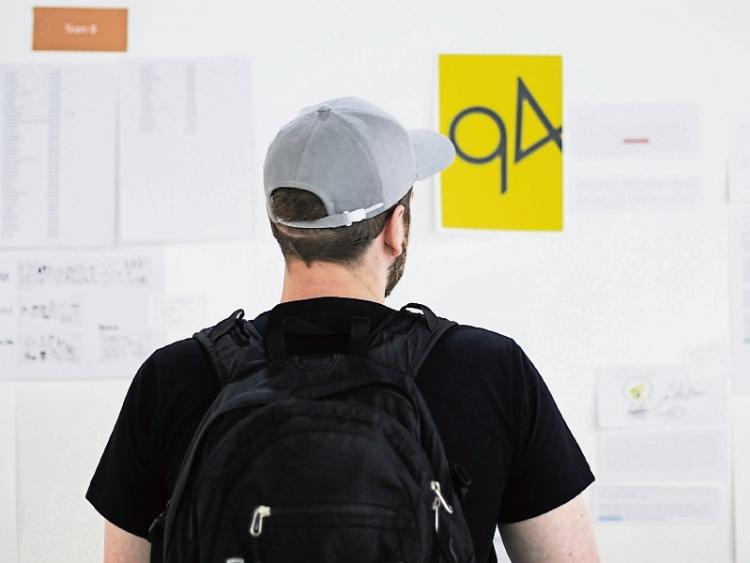 Searching for a new job isn't the most appealing prospect, especially if you've always worked for yourself

I met a couple recently for a financial review who wanted to discuss a cash flow problem. Each month they were overdrawn, and whilst the amount varied, they just couldn’t identify where the problem lay.

This is a common issue with individuals and couples; they don’t know if they have an income or spending problem. And I don’t immediately know the answer either, but I can quickly identify the problem once I review the results of a budgeting tool I ask them to complete.

When this couple completed this exercise, it was able to identify that, on average €353, more was going out than coming in each month.

Anyone that ever completes the monthly spending planner I give them always remarks how shocked and surprised they are with the results. But when they see it written down, it begins to make sense why there is a blockage at the end of the month.

Before I continue let me give you some background on this couple because some might think they were under pressure each month because they were big spenders; they weren’t, they were normal. Yes, there was leakage in some areas but nothing out of the ordinary.

Okay, some important numbers and facts for you to know about them:

l Both are 40 and have two children, aged five and eight.

l He is self-employed and earns €30,000 net each year. She works in a large pharmaceutical company and earns €2,700 net each month.

l Their mortgage repayment is €1,460 each month

l They have monthly debt repayments of €462

l They save €400 each month into two pension schemes.

l They save the €280 they get each month from children’s allowance into a savings plan for their two girls.

Now you might think: stop saving into a pension and regular savings account, and cash flow problem solved. And you would be right, it isn’t difficult to see that, but if you did and followed through with this short-term solution, they would be doing serious harm to their finances in the medium to long term.

Many people solve their problems this way but don’t realise the impact this will have on other areas of their finances. If it was pointed out to them, maybe they would choose a different route. And this, thankfully, is exactly what this couple did.

With that in mind, I am going to look at what options were open to this couple to bridge that gap, and I could think of five for them. I will deal with just one this week and the remaining four in next week’s article.

In order to bridge the monthly deficit of €353, either between them or from just one of them, they needed to earn about an extra €4,244 net each year.

Was this possible? For her it wasn’t at the moment because she was at her income earning limit for at least another two years.

He was earning €30,000 net per year and it was a struggle, so he thought the solution to their problems was for him to follow in the footsteps of his wife.

To match what he was currently earning, he would need to make €43,000 gross and was that realistic for someone who had no qualifications/experience etc. at anything other than what he had being doing since he was 18?

From my limited knowledge of what the market was paying new entrants to manufacturing jobs, I thought it was going to be a stretch for him. I knew of many people who had years of experience and qualifications who weren’t earning that salary, so it was going to be a big ask.

And even if he was able to secure a job that was paying that amount, would he be able to adjust to working for someone else? He had been his own boss for the past 22 years, and it would take quite an adjustment I thought, not having that freedom of making decisions for yourself.

Something he hadn’t thought about was working in a confined space.

He was used to working outside all the time and really liked that. It was the one part of his job that kept him sane when his income came crashing down. He took this part of his job for granted but when I was talking this through with him, he realised he really liked working outside and it would be difficult not being his own boss. He could become very unhappy quite quickly and with no guarantees about earning more money than he currently does.

Our chat gave him a second wind so to speak because he became more enthusiastic and determined to rethink his business and began looking at ways of reinventing and growing it.

He didn’t know how much more he needed to earn but now he knew it was €353 each month. That was an extra €82 he needed to earn each week and was only an extra €12 a day. Could he earn that much extra? Damn right he could and I have no doubt, he will.