Saving or paying off debt - which is better? 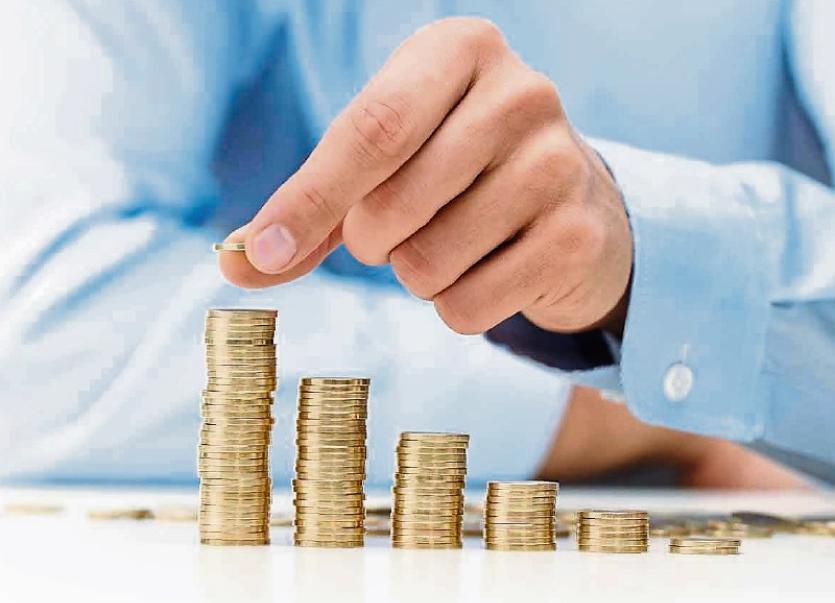 I received an email from a reader of the Leader last week, enquiring whether she should try accelerate the repayment of some debt she had, or she use what surplus she had each month to save instead?

It was a very good question and one many people, I’m sure, have thought about.

But how do you choose one over the other? They are two very important areas, so should you focus exclusively on one, or are you better off working on both at the same time?

The longer you wait to start saving, particularly when it comes to putting money into your pension, the more you have to set aside each month later on.

Any strategy really depends on your age and how long it will take you to repay your debt. If it takes you 10 years to repay it and that brings you close to retirement age, then it’s not a good scenario - even if you end up paying more interest than you needed to.

I wanted to crunch the numbers for the woman who emailed me and see if focusing on her debt was the best course of action.

Let me give you some background on her. She was 34, owed c. €10,000, repaid €203 per month (interest rate was 8%) and there was five years left on her loan. She had an extra €100 each month which she felt she could a) pay towards this loan, and accelerate the repayment or b) lodge into a savings account

You might think, why on earth would she consider saving money into an account that would earn 1% or less, when she could be using it to repay a debt costing her 8%.

And you would be right if she had more savings in place, but she didn’t.

If she did, then it is a no brainer. Paying off debt with additional funds each month, which is costing 8%, means you are getting a guaranteed return of that amount. It's hard to beat that at the moment without taking risks.

Why would you need to take any risks?

People are reluctant to use surplus savings to pay off debt, and leave them languishing in accounts where the rate of return is close to 0%. They don’t see the value in paying off debt, because they prefer to hold on to their cash.

This is a big mistake. The only reason you shouldn’t use your savings to clear off debt is: if you did you would have no savings left. In this instance you would be unwise, even if it made financial sense, to do it, because you need those emergency funds. But if you have that covered, use it to pay down debt.

If any bank ran an advert tomorrow advising they will give you a guaranteed return of 8%, I think it would get your attention. Of course this is not going to happen, but you can make it happen by using surplus funds to accelerate the repayment of any debt.

The rate of return could be even higher, particularly if you have credit card debt where rates can be as high as 20%. So, rather than thinking you are wasting your money clearing this debt off, think that you are getting an incredible return on your investment and you are making the possible use of your money.

Back to the lady who sent the email. My initial thoughts were that she would be financially better off focusing on paying off her debt, but I wanted to be sure. I was going to look at the outcome of each strategy over a 10 year period.

Use Surplus Funds to Repay Debt – None towards Savings

If she overpaid by €100, her loan term would be reduced by 22 months and she would save c. €833 in interest payments.

Once the loan was repaid, she would then save €303 per month and by year 10 she would have accumulated, assuming an annual return of 2%, €33,690. When you factor in her interest savings, with this option she would have saved €34,523 over 10 years.

Use Surplus Funds towards Saving– None to Debt

It was clear she would be better off, by €8,408, if she used her surplus money to pay off her debt first, and then concentrate on saving once it was.

As you can see, it was the same €303 per month she was using, but the outcome between the two is very different.

So, from a numbers point of view, it was clear which, was the best option. But even so, I thought this women was going to have to hope that nothing was going to happen to her health or job over the next 38 months, because if it did, in about 60 days, she was going to be under severe pressure.

The answer to this woman’s question is to try and find a balance between saving and paying off debt. Don’t ignore either, but once you get your emergency fund in place and I would recommend having three months’ salary in place, then go to town on your debt.