Hi, I have Coldplay tickets if you want them... 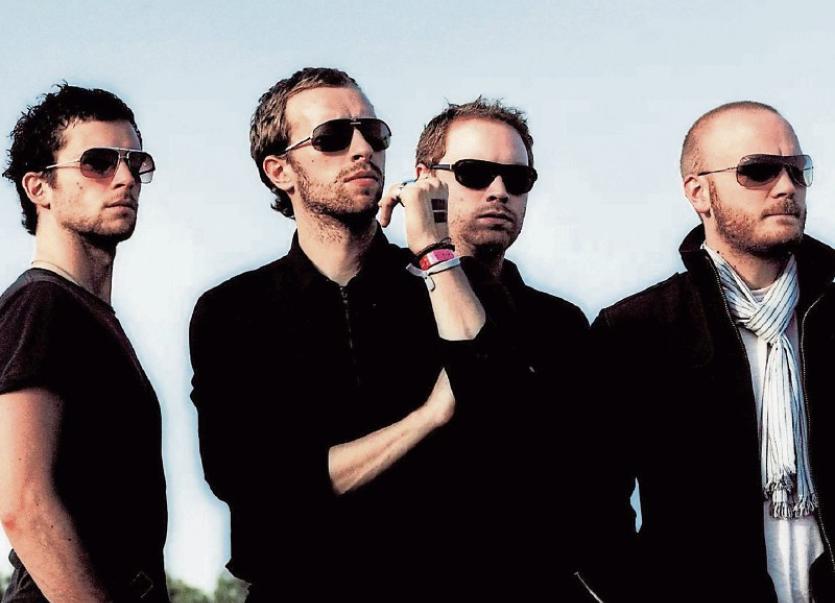 Sometimes you have to grab someone's attention with one thing, to talk about another...

I had been emailing her for about three weeks. It was important otherwise I wouldn’t have sent her five emails, two phone calls and one text but she hadn’t replied to any of them.

I suppose on reflection the content of my emails wasn’t that exciting or important to her, and maybe I wasn’t forceful enough in the language I was using. Maybe I needed to stress the urgency a bit more, but it’s not my style. Anyway the majority of my clients will testify, I don’t normally email unless it’s important.

The reason I was reaching out to this particular client was because I wanted to talk to her about her pension. She had a pension in place with a previous employer and I was monitoring it for her and against my advice two years ago, she decided to leave it where it was instead of my recommendation of transferring it into a particular retirement bond.

“Let’s give it a couple of years,” she said.

It had performed ok up until now, and feeling a certain loyalty to her ex-employer, she left it where it was. I was tracking it for her, something I didn’t have to, but I wanted to see if she was in fact right and I was wrong. So, I used to track her fund against the one I had recommended two years ago.

At first there wasn’t much of a difference; the fund she stayed in was performing better than mine, but over the past six months the difference was becoming wider and wider, and it wasn’t in her favour. Her fund was +5.4% over the past two years. The one I wanted her to transfer into was +14.1%. The difference in monetary terms was €27,405.

Rather than staying invested in her ex-employers scheme, it was time to get out and I had the evidence to show her why. And time was important - she had only 12 years until she was 65 and with every passing year the difference in what her funds was growing by and what it could have, was only going to get bigger.

So, she was running low on time, and time is the most important factor when it comes to saving – it is more critical than your annual return or even the amount you are saving, it’s that important.

How was I going to get her to contact me? I could have just left it at that and if she didn’t want to contact me, it’s her loss not mine.

And then on the way home from work last week, I turned on the radio and on came a song I really like, called Magic from Coldplay.

Why the next thought entered my head, I will never know. But it did and I thought I’d give it a go, it just might work. So, the next morning, at 9.02am, I emailed her again, but rather than the subject title of my email being Pension Review as with the previous emails I sent, it was, ‘I’ve got Coldplay tickets if you want them’.

And as if by magic (excuse the pun) at, and I kid you not, 9.07am, I received a reply from her saying she’d love them and thanks so much for thinking about her. At 9.09am, she followed up her email with a call to my mobile.

“Hi Liam, thanks so much for emailing me, I had been meaning to contact you, as I saw your other emails about the pension, but I never got round to contacting you, my apologies. But those Coldplay tickets, how many have you”?

I let her down gently by telling her I was promised two tickets and had thought of her, but they subsequently fell though and I didn’t have the tickets I thought I had anymore.

She was fine about it, a little disappointed of course, but what she never had, she never lost.

The email did the trick however because we spoke about her pension, met up and begun the process of moving her pension to that retirement bond for her.

When we met, I joked with her and said she thought more about Coldplay tickets than what her income in retirement might be like. She was more interested in having that two hour experience with Chris Martin and co. than what she would be living off in 12 years’ time.

The lesson learned for me about this episode was my original subject matter wasn’t exciting enough for this woman. And the reason for this might just down be down to her memory.

She had probably been to lots of concerts, and loved the memory of how they made her feel, so she was excited about going again. She has no memory of retiring and I guess I failed by not tapping into that emotional right side of her brain by making her feel excited about the prospect of retiring on a really good income.

If I did, would she have responded quicker? Probably. And if I really did have two tickets for Coldplay, or any other band and called you with the offer the day before the concert, how would you react? You would probably move mountains to make sure you could go because you are motivated by the end result – the concert.

Pensions are not exciting. Nothing much about personal finance is but that’s not to say you should ignore it either.

That is where the role of financial advisers has to change. We have to get people motivated to act. We have got to get your attention and get you to sit up and take notice and take action.