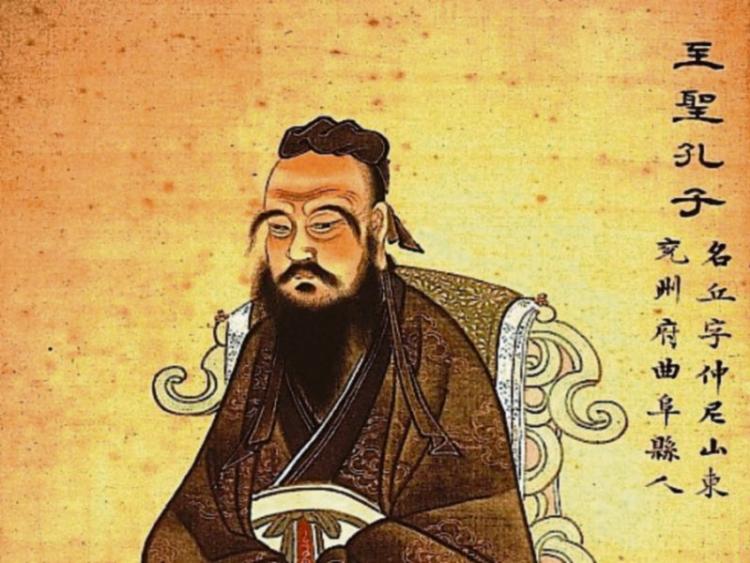 A soft answer turneth away wrath.

“IS NOT this,” asks poetess Juliet G. Leeman of Limerick, “Proverbs 15:1? Confucius might have said it, too, although I can’t find it readily in the Sayings of Confucius, translated by James Ware, but wasn’t Solomon before his time? Both good men but Confucius more ascetic.”

So writes Juliet Leeman in reference to a quote from Confucius which I used a few weeks ago to show how little difference there is between the wise utterances of sages down through the ages.

I was comparing the odd sayings of Jack Faulkner with those in the same vein by great men who went before him.

The similarity was always disturbing.

For instance, I met Jack Faulkner coming out of the Americano Bar in Listowel during Writers’ Week and I asked him what business brought him to Listowel.

I went on my way but as I strode through the streets I could not help but think that I had heard Jack’s statement before, albeit couched in different terms.

Then suddenly it dawned on me and a quote from the great Doctor Johnson came to mind.

“Sir,” said Johnson to Boswell, “I look upon every day to be lost in which I do not make a new acquaintance.”

Later that day I was walking through Market Street when I overheard Jack Faulkner scolding a young boy for kicking a dog.

“He’s the best friend you’ll ever have.”

“The poor dog, in life, the firmest friend,

The first to welcome, foremost to defend.”

LATER when night had fallen and the stars twinkled merrily in the June sky, I sat with Faulkner in the quiet of a sombre tavern.

A bostoon entered and became abusive when he was refused drink.

I was surprised to see how civilly Jack treated the fellow for, certainly, he showed us no civility. When he had left, I asked Jack why he had shown such forbearance.

I weighed the statement for a while, and could not find another like it for some time but, sure enough, on my way downward into the second pint a similar pronouncement by none other than Ralph Waldo Emerson came to mind:

“He who has a thousand friends, has not a friend to spare,

And he who has one enemy will meet him everywhere.”

As we quaffed, we spoke of many things until we settled upon the vagaries of a certain itinerant well known to both of us and, indeed, well known far and wide for his profligacy and improvidence.

“The more you tell him not to do a thing,” said Jack, “the more the poor fool will do it. If you told him that the sea would drown him, he’d have to jump in to find out.”

There is an analogy in the following saying by Edward Lear:

“In spite of all their friends could say,

On a winter’s morn, on a stormy day,

In a sieve they went to sea.”

I could go on and on in the same vein but it must be obvious at this stage that I have made my point.

MY OLD friend, Paddy Fealy, writes to ask for a copy of Joe Quaid’s immortal book, which isn’t yet published, Quaid’s County. It won’t be long now till the Mercier Press of Cork have it on stands.

During Writers’ Week I introduced Joe Quaid to some other, more famous writers, who were spending the week in Listowel.

These unfortunate fellows tried to talk above Joe’s head but he soon put them in their proper place.

“Listen,” said Joe to a gentleman who has several plays to his name, “instead of making things simple, you’re making them hard. There’s a lot like you.

“If a man understands something you talk about in a way that makes it impossible to understand.”

The moral behind this is if you want to argue with Joe Quaid, you had better know your facts.

However, to return to Paddy Fealy. He has written a new poem called The Banks of the Gale.

Unfortunately, because of space shortage and because of contributions from other poets, I can only quote a verse from it but, if readers are interested, they can write to Paddy Fealy, Glenbawn, Ballyhahill.

The law there, it seldom was broken;

The Garda, their minds were at ease;

Except for a drunk at the local,

Or, in winter, our diet for to vary,

To change from fat bacon and kale,

In spite of the bailiff’s close vigil,

A salmon we’d snatch from the Gale.”

FROM BAWNREAGH, Askeaton, comes news from our friend, Michael Ryan.

After the Askeaton wrenboys won the All-Ireland Wrenboys’ Bands’ Championship for the second time, Michael wrote a number of songs about their great victory.

According to Michael, the secret of Askeaton’s success lies in the tall hat worn by the Askeaton king.

“Well,” Michael told me, “That hat is built upon with a priest’s hat for a base, Father Kirby’s old hat no less. They have the power.”

The first of Michael’s poems is entitled The Champions of the Land:

If you see a marching crowd,

Dressed up in colours loud,

With a shaggy puck and tambourines a-beating,

And be glad you lived to see,

The all-Ireland champion wrenboys of Askeaton.

We’re the champions of the land,

And when we try to win we can’t be beaten

We don’t need no lucky cat,

We have Farther Kirby’s hat,

The all-Ireland wrenboys from Askeaton.

When our last long march is o’er,

And we reach that golden shore,

Saint Peter will stretch out his hand in greeting,

“All you angels clear the way,

For the all-Ireland champion wrenboys from Askeaton.

The late, great John B Keane was a Leader columnist for more than 30 years. This column first appeared in our edition of June 16 1973

FINALLY, this week comes a new volume of poems from the inimitable Brother Stephen Russell who works in the Simon Community at Charlotte’s Quay, Limerick. The aim of the Simon Community founders is to campaign for the homeless, the rootless and the socially handicapped.

The proceeds from the sale of Brother Steve’s book will go to the Limerick Simons.

It is called There But for the Grace of God and it retails for a mere fifteen pence. It is worth a lot more for it contains many little gems and some fine longer works. Let me quote from the last poem in the book:

I have lost my parents and I know what sadness is.

I have been in prison. I know what loneliness is.

I have lived with the destitute and I know what want is.

I have sat with the dying and I know what fear is.

I have gazed into the sky alight with stars,

And I know what the infinite is.

I have seen and felt all these things,

So now I know what God is.