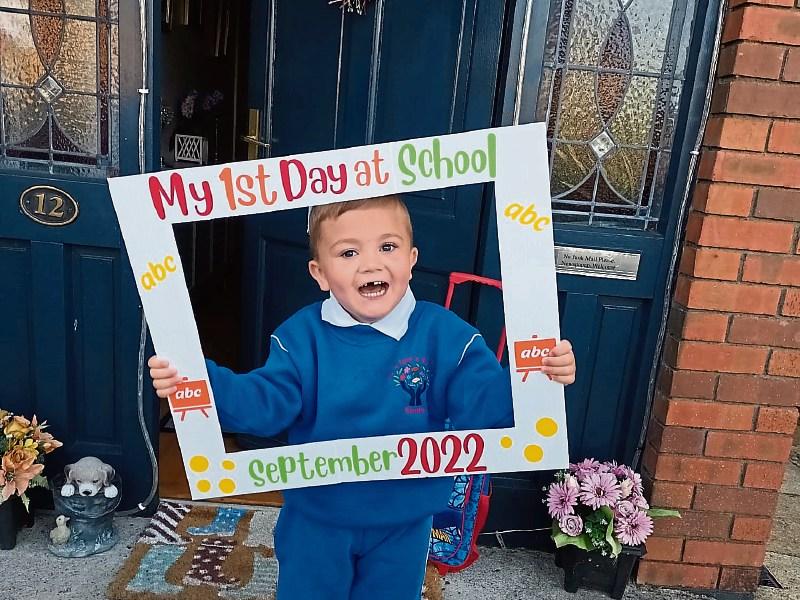 A photo to treasure for the Quish family as Noah headed off on his first day of school and, pictured below, with proud sister Leah

SEEING their child head off on their first day of school is a special one for all parents but it is particularly emotional for Una and John Joe Quish.

Una said she never thought her five-year-old son Noah would see his first day of school.

“With everything that was going on over the years I thought he had too much stacked against him,” said Una.

Noah – who is battling serious illness and has had numerous life-saving surgeries – has spent much of his short life in hospitals. But despite all he has been through Noah is full of energy and playfulness.

And there wasn’t even one tear as he started in St Clare’s School in Ennis!

“There were no tears. I didn’t expect any either. He is just so relaxed. He loves people and ran off not a bother,” said Una.

Although mum wasn’t quite as stoic.

“There were some tears. It is such a big milestone. I’m so proud of him,” smiled Una, named Limerick Carer of the Year in 2021.

While the family was disappointed Noah didn’t get an appropriate place in Limerick they are thrilled with St Clare’s in Ennis.

“We were a bit worried about it being a bit far away but we met the principal John Murphy, who is the nicest man ever, and the school is amazing. When we walked into the classroom they were singing songs and dancing, all the teachers and everything. So we said he is definitely going here,” said Una. 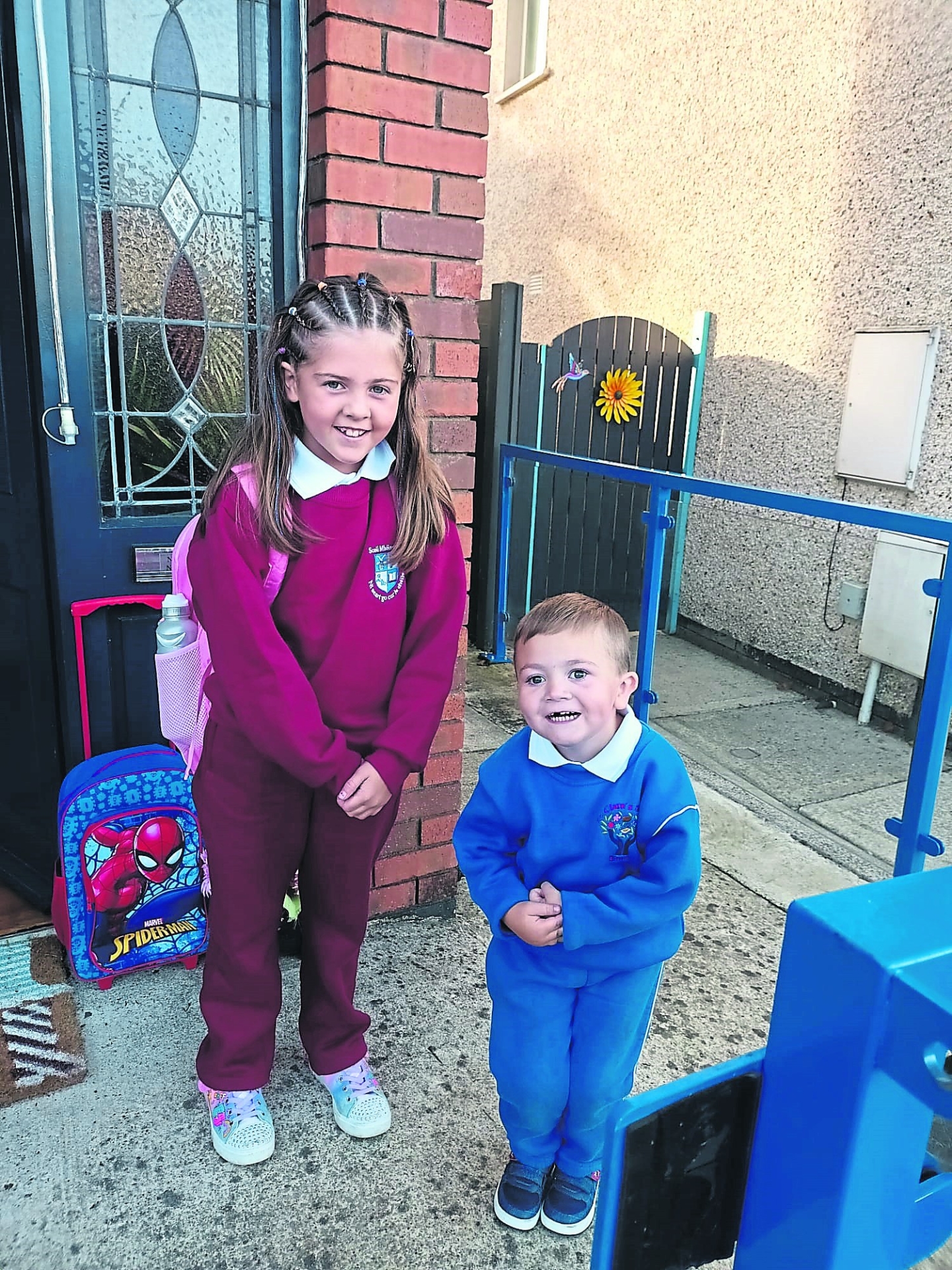 The mission statement of St Clare’s is “to provide pupils with an education that is challenging and appropriate to their needs in a safe and caring environment, thus enabling our young people to be the best they can be”.

And mum always knows best as she has been 100% right.

“Oh my God he is so happy here. A bus collects him and drops him home. He is delighted – he is coming home with a big smile on his face.

“He is dancing and singing in class – they do everything. It is all the things he loves. He is so happy, so relaxed and not as frustrated,” said Una.

Now, Noah is in big school just like his big sister Leah. Noah has touched so many during his short life including the gardai in Limerick. He is a Little Blue Hero and has visited Henry Street garda station.

Local gardai have also ran marathons and in the Great Limerick Run to raise money for Noah. Monies collected will provide crucial therapy for Noah to help with feeding and speech and purchase a special bed for him.

Earlier this year, Acting Superintendent for County Limerick, Inspector Pat Brennan organised a rail to be built, with the help of OMC Technologies, outside the Quish home in Monaleen. It is to keep Noah safe from traffic as he is so active and a flight risk.

“The safety barrier is brilliant. He’d be running out past me before. I don’t know what we would do without it,” said Una. And now when the gate is open Noah is running off happily to get the bus to St Clare’s.