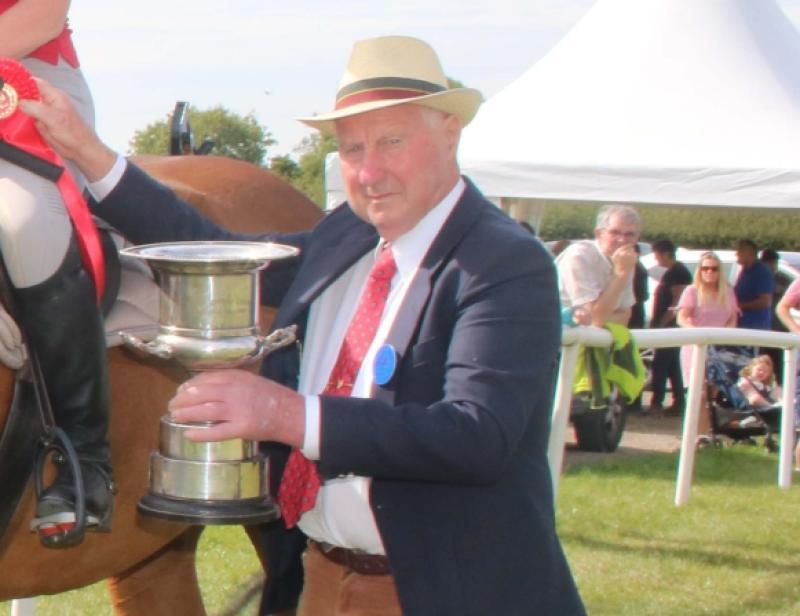 Ivan McDonogh pictured at the recent Limerick Show. May he rest in peace

THE man who died while swimming in County Limerick earlier this week has been named locally as Ivan McDonogh - a well-known figure in showjumping and hunting circles.

Aged in his 70s, Mr McDonogh was pronounced dead a short time after he was taken from the water at Kilteery Pier, near Loughill shortly before 8pm on Thursday.

While investigations are continuing, it's understood he got into difficulties after suffering a medical episode while swimming at the popular bathing location.

"It's a very sad situation. Ivan McDonogh was a popular man in the Kilcornan/Askeaton area. He was a prominent member of the Stonehall Harriers and he was very active with the Limerick Show and in showjumping circles," said local councillor Kevin Sheahan.

The well-known farmer from Bansha, Askeaton was Master of the Stonehall Harrier Hunt and he was a Stalwart of Munster Show Jumping and a life-long supporter of the County Limerick Foxhounds.

He attended the recent Limerick Show in Patrickswell which returned for the first time since 2019.

Paying Tribute on Facebook, Munster Showjumping said: "Ivan was involved in Munster Showjumping for many years and served on numerous committees. He was a senior national course builder and judge and was always there to give a willing hand to any show. Ivan will be greatly missed by everyone on the Showjumping circuit."

Tributes from several Agricultural Shows across the country have been posted on rip.ie while people who know Ivan have also been expressing their condolences.

"The end of an era. It's hard to believe that Ivan, the custodian of our shared interconnection and common heritage has been taken so abruptly and so soon from us. A lifelong friend and neighbour who was so generous with the lore he has sadly taken with him. We will never see his like again. Ar dheis De go raibh a anam dilis," wrote Pat Wallace from Ballyengland, Askeaton.

Another tribute from Derra Farm Equestrian reads. "Our deepest sympathies to the McDonogh family on the very sad passing of Ivan. He was such a nice gentleman to work for and work with. He takes with him a wide range of knowledge about everything equine. May he rest in peace ."

Very deeply regretted by his daughter Liza, his son Eric, his extended family and wide circle of friends and neighbours, Ivan will repose at Kieran Madigans Funeral Home, Main Street, Askeaton between 5 pm and 7pm this Sunday (September 4).

A private cremation will take place on Monday.