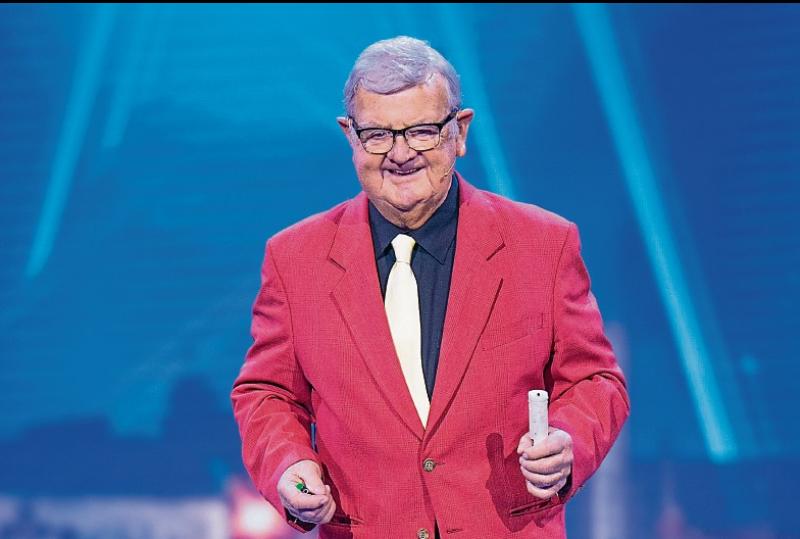 The Great Padini, Paddy Ward, auditioned for Ireland's Got Talent in 2019. May he rest in peace

TRIBUTES are being paid across Limerick and Clare following the death of the hugely popular magician and entertainer Paddy Ward.

Paddy, who went by the stage name The Great Padini, was an entertainer for nearly 80 years having performed his first act when aged just 11.

He was a five-time winner of the International Brotherhood of Magician Ring 85 Shield as Ireland's Top Magician, a feat which has never been equalled.

In 2019, at the age of 84, he even auditioned for the hit Virgin Media television talent show Ireland's Got Talent.

While he was most-recently living in Sixmilebridge, County Clare, Paddy lived in Caherdavin, Limerick for many years.

Since Paddy's death was announced, dozens of tributes have been posted online.

"He was an irrepressible character with the energy of a human dynamo. In addition, he performed and was familiar with an astonishing variety of tricks and it's no exaggeration to say he had the memory capacity of a computer. Rest in Peace Padini until we meet again in the great theatre in the sky where the curtain never comes down," wrote Paddy Clancy from Corbally.

Mary Fitzgerald of the Woodlands House Hotel in Adare is among those paying tribute. "He was a lovely gentleman, (we) loved to see him doing his magic around the hotel," she said.

Another tribute, posted on rip.ie reads. "It was a privilege and An honour to have met you. Paddy is heaven's gain where chats and magic will go on," while another added: "May he rest in peace. A gentleman since he came to Sixmilebridge he was a great community supporter and always helped all local events with his magic."

Paddy, who was a regular customer at the former Magic Shop at Mallow Street in the city centre, will be reposing at McMahon’s Funeral Home, Sixmilebridge from 6pm on Monday.

Requiem Mass will take place at St. Finnachta’s Church, Sixmilebridge at 11am on Tuesday.