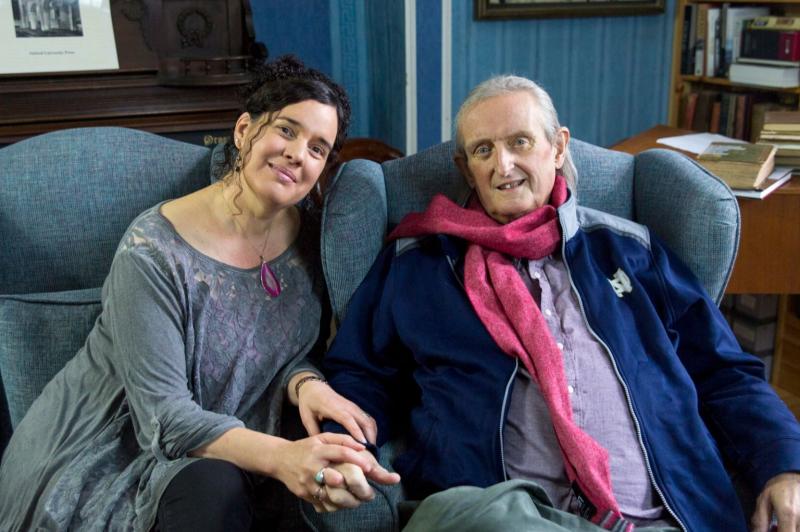 A LIMERICK-BASED professor is looking to continue the legacy of her ‘music icon’ late husband following her appointment as Director of the Irish World Academy in UL.

Professor Helen Phelan, who was previously Professor of Arts Practice at the Academy, was appointed as the new Director of the 5,000 square feet state-of-the-art facility on July 8.

“I had to do a lot of soul searching before going for the position,” she said, speaking about two decades of work with her late husband Mícheál Ó  Súilleabháin, who sadly passed away in 2018.

Life has come “full circle” for Helen, a UCC graduate, having come to UL to help Mícheál establish the Irish World Academy in 1994, growing it from scratch to now housing more than 300 students.

A classical pianist by training with a Masters in Alternative Arts Education, Helen recalls Mícheál telling her about his creative vision for the World Academy before it started.

“I remember listening to his vision unfold. He had the energy, the vision and he was in it for the long haul. He knew this would take time. That was the beginning of it. I moved to Limerick the next month,” she told the Limerick Leader.

Professor Phelan described the World Academy now as an “ecosystem” made up of a multitude of cultural practices, such as string performances, contemporary dance, medieval chant, traditional music and dance, all in the same space.

“It is all of these incredibly rich programmes, but the really exciting thing is what happens between them, because you have people being creative in ways nobody could have imagined,” she said

An Irish Research Council recipient for her work on music and migration, Professor Phelan hopes that her time as Director will see metaphorical bridges continue to be built at the Academy in UL.

She described this as the magic of the Academy, creating a space where all of the music and dance practices are equally celebrated, with an invitation for students to engage freely with one another.

“The kind of creativity coming out of that is quite extraordinary,” she added.