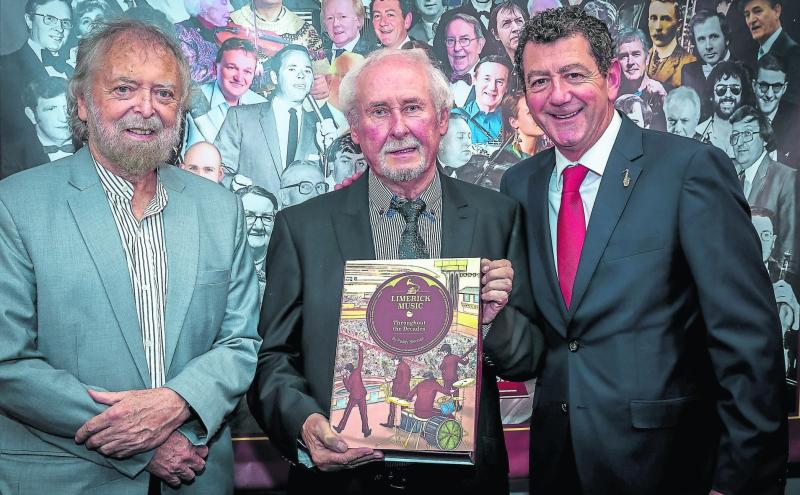 A PROCESSION of touching tributes are being led for one of Limerick’s finest traditional musicians.

Both the Limerick and the Irish-American music communities were deeply saddened to learn of the passing of musicologist and “genius” traditional musician and Limerick man Mick Moloney, at 77.

“He was himself an embodiment of 'The Irish World' through his ground-breaking work on Irish music in America, as well as his passionate advocacy for musical minorities around the globe," she said.

She described him as “a consummate artist-scholar, who was equally charismatic as a lecturer and musician."

“Above all else, his was a creativity marked by generosity to his students, other musicians, and the causes he believed in.

“A true citizen of the world, he will be sadly missed by all of us in the Academy and we extend our sympathies to his family and wide circle of friends. May he rest in peace,” she added.

Born in Limerick in 1944, Mick began by playing the tenor banjo and listening to American folksingers. He played with the Emmet Folk Singers and the Johnstons in his formative years in Limerick.

Moloney came to the United States in 1973 to pursue graduate studies in folklore at the University of Pennsylvania in Philadelphia, where he later earned a doctorate.

Since then, he dedicated much of his life to the documentation and presentation of traditional Irish music and musicians and was described as “the driving force” in Irish music in the States.

“The legacy he leaves a global traditional folk arts community, including but importantly also broader than the tradition of his own home country of Ireland, is something generations to come will benefit from. We love and miss you, Mick,” she added.

Michael D Higgins, President of Ireland, said it was with deep sadness that he learned of the passing of musician and scholar, Dr Mick Moloney.

He described his passing as “a loss to the musical heritage of Ireland, to Irish America and to Irish music worldwide.”

He recalled how in 2013, he presented Mick Moloney with a Presidential Distinguished Service Award for his exceptional contribution as a folklorist, musician and scholar.

“Mick made his love of music an integral part of his life’s work and his generosity of spirit in sharing his talents and passion for Irish music and culture will live on as part of his deep legacy.

“Sabina joins with me in sending our deep condolences to his family, friends, fellow lovers of music and his students at this sad time, President Higgins concluded.