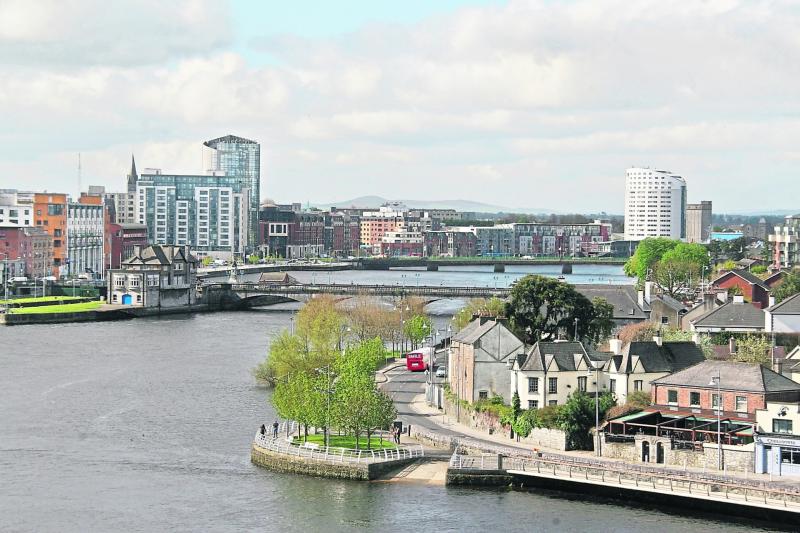 The new development plan for Limerick has been put on ice

THE PLANNING regulator has urged elements of Limerick's new development plan to be changed, in a move which is likely to delay its start.

Last month, councillors signed off on the strategy covering from 2022 to 2028, and it was expected to come into effect this weekend.

However, the Office of the Planning Regulator (OPR) has written to Local Government and Planning Minister Peter Burke expressing concern over the change of use of several patches of land and the impact it might have on flooding - and calling on him to reject these elements.

The focus now switches to the minister, as it is ultimately his decision as to whether to act on the recommendations of the regulator - but it's very rare for the views of the OPR to be disregarded.

This is important, as the way the land is zoned will impact what type of developments - if any - can go ahead on them.

For example, if land is zoned open space, planners are bound to reject any kind of developments on them. If land is zoned residential, it's unlikely anything other than housing can be built on site.

This development plan is the first strategy for all of Limerick since the 2014 merger.

Councillors sought to rezone an area of 33 hectares of land in Ballysimon for a data centre.

But the planning regulator has called upon this to be deleted, on the basis the land is "isolated and peripheral", adding it is "not consistent" with strategies which are focused on compact growth.

"There is no evidence to demonstrate that an assessment of the zoning of the lands has been carried out to determine whether such development could generate significant additional traffic with the potential to impact on the N24," the regulator adds in its letter to Mr Burke.

In the 45-page communication, he was also asked to adopt the plan without a number of other changes-of-use of lands, saying the councillors, in rejecting Dr Daly's recommendations to not alter areas, have in some cases seen members "misapply or fundamentally misunderstand" flood guidelines.

In essence, flood guidelines limit development on areas close to waterways in an era of climate change which sees rivers butst their banks more often.

Crucially, a recommendation from the OPR could impact on the development of housing at the former Greenpark Racecourse.

Here, councillors initially voted to rezone the land from enterprise and employment to new residential.

It comes off the back of planning permission being granted for 371 new homes, but with the owners of the land Voyage Properties envisaging a new village with up to 900 living spaces on the vast site.

In rejecting Dr Daly's recommendation, members stated: "Limerick as a city and Ireland as a country is currently facing an unprecedented housing crisis. Delivery of well-located, suitable and affordable homes for the people of Limerick must be the number one priority for the elected members of this council."

They pointed to the fact that An Bord Pleanala had green-lit the first phase of these plans.

While the planning regulator acknowledged the land where the housing was permitted is in a low flood risk zone, there are "significant concerns" that the overall area "is essentially not suitable for the development type envisaged."

Consequent to this, the regulator urged Mr Burke to reject the rezoning, and keep the land earmarked for enterprise, employment, open space and recreation - apart from the area where An Bord Pleanala has approved the housing.

It's also urged the minister to reverse the zoning changes at four other patches of land in Limerick's environs.

Land in Ballykeeffe should remain designed for agriculture, as opposed to enterprise and employment.

An area in the Pa Healy Road should remain designed for community and education, as opposed to mixed use.

And a site near the Crescent Shopping Centre should remain zoned as open space, rather than it being developed for enterprise and employment, the regulator said.