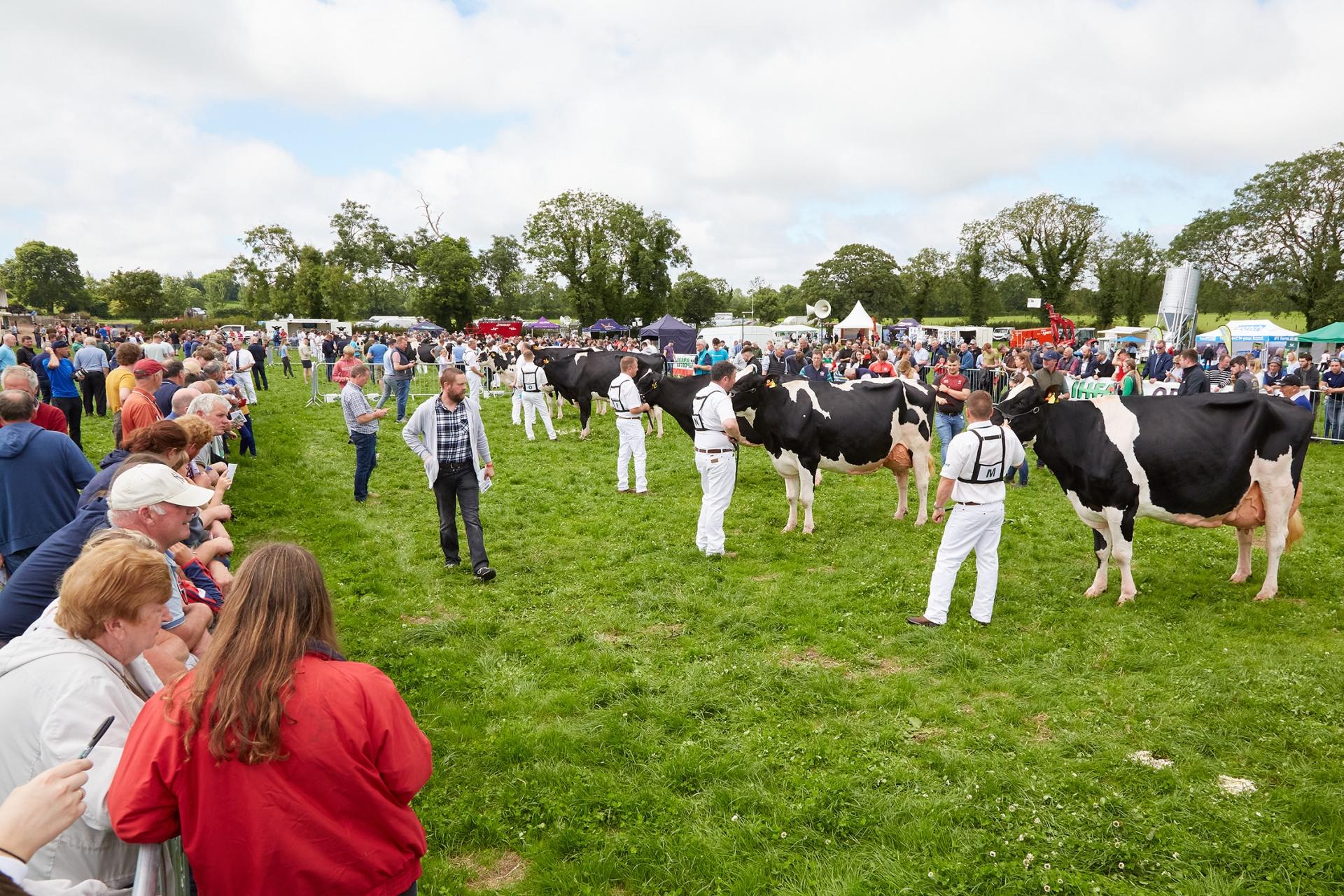 THE NATIONAL Ploughing Championships haven’t come to Limerick since 1991 but the IHFA National Open Day in Bruree came very close to it.

Large crowds, glorious sunshine, a convivial, relaxed, and sociable atmosphere with quality Holstein Friesian breeding on display helped set the tone for a very successful day on the Frawley farm and their Ballytigue herd.

The IHFA event is an annual on-farm showcase for the Holstein Friesian breed highlighting efficiency of production.

Dairy farmers from all over the country made the journey to the farm of Aidan and Sally Ann Frawley and family. Upon arrival everyone was immediately impressed by the scenic location, tremendous farmyard, top quality infrastructure, excellent grassland and overall attention to detail.

In addition, there was a vast and comprehensive trade stand display of over 50 commercial agri-business trade stands offering the most up-to-date products and services.

The top cows from the Ballytigue herd were on display for the stockjudging classes of Heifers in milk, Junior Cows and Senior Cows. In addition, there was a separate class of cows for Young Members aged under twelve years to judge.

Kerry Agribusiness were the main sponsors of the open day which was officially opened by Pat Murphy, president and CEO Kerry Dairy Ireland. It coincided with the Platinum anniversary of the herd.

Over the years Aidan and Sally Ann with the help and support of their children Séan, Laura, Conor and Áine and the wider family, including Aidan’s parents John and Ann, have evolved, developed and progressed the herd and the farm overall. Numerous awards for quality and top performance have been attained.

The Frawley family offered 54 choice youngstock lots from the Ballytigue herd in a special sale.
The sale was conducted by Taaffe Auctions. There was a full 100% clearance with an average price of 3,166 guineas across the fifty-four lots on offer. Ballytigue Crown Penny RC (Lot 9) sold for 7,100 guineas was the top price of the sale.

A substantial sum of money was raised from voluntary contributions to local charities nominated by the Frawley family. St Joseph’s Foundation was the beneficiary of the sale price of Lot 20 Ballytigue Apple Free Red Colleen RC which sold for 2,000 gns.

The Limerick Clare Friesian Breeders club put on a united front to take home many prizes on the day - it is a good job the two counties weren’t playing in the All-Ireland final on Sunday!