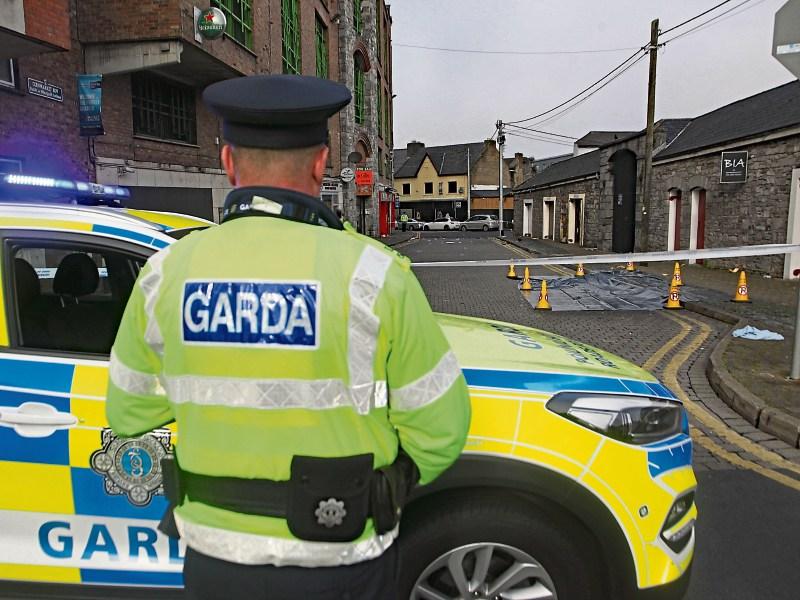 A MOTORIST who has admitted her role in a “terrifying and violent incident” during which she deliberately drove into three people who had their backs to her, will be sentenced later this month.

Chloe McNamara, aged 21, of Sarsfield Gardens, Moyross has pleaded guilty to a number of offences including assault causing serious harm and leaving the scene of a road collision.

Limerick Circuit Court heard Ms McNamara was on bail at the time of the hit and run which occurred in the Cornmarket Row area of the city in the early hours of October 10, 2021.

Prosecuting barrister, John O’Sullivan, instructed by state solicitor Padraig Mawe, said a man, his wife and her sister had been on a night out and had just left a fast food restaurant.

“The accused was driving a red Audi. It was noticed she had been driving erratically. She accelerated in the direction of the three pedestrians. They had their backs towards her. They were projected upwards and forwards. The car’s brake lights did not illuminate until afterwards,” said Mr O’Sullivan.

Mr O’Sullivan said the vehicle driven by Ms McNamara did not stay at the scene and was located 25 minutes later at Hartigan Villas, Moyross.

There was blood on the windscreen.

After Ms McNamara was arrested, Garda McCormack said she admitted she did it deliberately.

“She said the man ‘battered’ her windscreen. There is no evidence of this. She said she had consumed two glasses of vodka and a few joints,” said Garda McCormack.

The garda said Ms McNamara also admitted speeding up before she hit the pedestrians.

“She said: ‘I was revving the car. I just wanted to get them out of the way. I was just vexed. I didn’t see a girl. Tell that girl I’m sorry. I meant to hit your man, not all of them. It is horrible. I was drunk. I just wanted to hurt him for battering my car. I didn’t mean to hit him that hard’,” recounted Garda McCormack.

Mr O’Sullivan said the vehicle was used as a “weapon to cause serious injury”.

The barrister outlined the injuries sustained which included fractures to vertebraes in the neck and back.

In a victim impact statement, the man said: “This evil act changed mine and my family’s lives forever.”

BREAKING: Gardai investigating death of woman in her 50s in Limerick

One of the injured women said her life - as she knew it- changed forever physically and mentally all because of a “completely senseless act”.

In her victim impact statement, the second woman said it was chaos (on the night) with people recording the incident on their phones.

“It was humiliating. It was surreal,” she said.

The court heard how she was in a body brace and required physio to walk again.

She also detailed the financial struggle of not being able to work.

Garda McCormack said Ms McNamara didn’t have insurance or a driving licence and was on bail, charged with having cannabis for sale or supply.

CCTV of the hit and run was played in court during the sentencing hearing.

Brian McInerney SC, for Ms McNamara, said his client comes from a very difficult and traumatic domestic background, made detailed admissions and faced up as quick as possible.

Mr McInerney read out a letter from Ms McNamara in which she wrote that she is “truly sorry” for her choices and actions which caused suffering to the victims.

“I feel this shame every day,” wrote Ms McNamara.

In mitigation, Mr McInerney spoke of his client’s traumatic domestic background as her father was a victim of a homicide.

He told the court about her drug addiction and her rehabilitation efforts while in custody.

“She has to live with what happened on that terrible day. The victims did nothing to bring about her action. She has expressed remorse and pleaded guilty,” added Mr McInerney.

Judge Tom O’Donnell said he had a lot to consider and did not want to rush to judgment. Ms McNamara will be sentenced later this month.