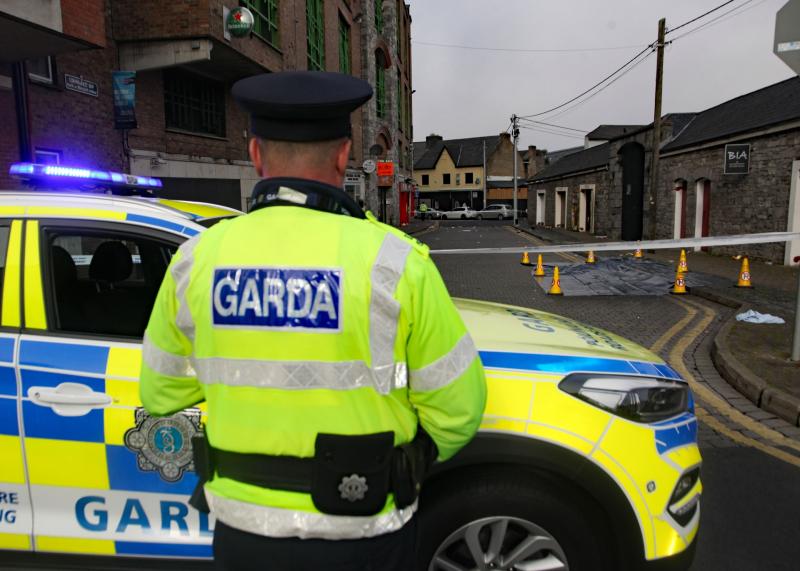 The alleged hit and run occurred in the Cormarket Row area

A YOUNG woman has been remanded in custody after she appeared in court charged in connection with an alleged hit and run incident in Limerick city at the weekend.

Chloe McNamara, aged 20, of Sarsfield Gardens, Moyross was brought before Limerick District Court this Monday to face four charges relating to the incident which occurred in the Cornmarket Row area of the city centre in the early hours of Sunday.

She was arrested a number of hours later and was questioned at Henry Street garda station on Sunday afternoon and evening.

During a short procedural hearing, Garda Patricia McCormack said Ms McNamara made no reply when the four charges were formally put to her at 10.33pm on Sunday.

The defendant faces three charges of dangerous driving and one of failing to provide medical assistance to an injured person under the provisions of section 106 of the Road Traffic Act.

The offences are alleged to have occurred at Cornmarket Row, Carr Street and at the junction between both at around 1.20am on Sunday.

It is alleged that four people were injured - one of them critically - during the incident and Garda McCormack indicated that gardai will be objecting to any bail application.

Solicitor Sarah Ryan indicated her client was not immediately seeking bail but that she intends doing so later in the week.

Ms McNamara, who did not speak during the three-minute hearing, was granted legal aid and the matter was adjourned to tomorrow.

Sergeant Sean Murray, prosecuting, told Judge Patricia Harney investigations are continuing and that directions will be sought from the DPP.

Limerick man jailed for murdering his brother with bread knife