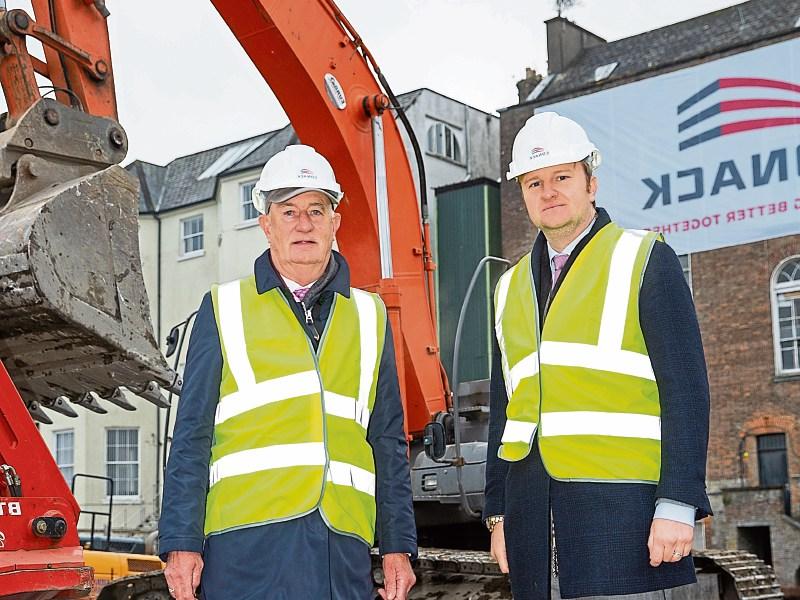 CRANES are set to return to the skies above Limerick city in the coming days as a multi-million euro city centre development moves forward.

1BQ, at Bishop's Quay, is being constructed on the site of the city's former ESB building and is being led by development firm Kirkland Investments.

It will comprise of 110,000 square feet of high-specification office accommodation, 34 luxury apartments, alongside retail and hospitality spots.

The sod was turned on the development last year which could deliver up to 150 new roles, with the office space to accommodate up to 600 workers.

Robert Butler, the father of Kirkland Investments chairman Rudi, said there has been some delays due to the condition of the rock which was in the ground.

"It took us about four months to break out the rock. It's all very solid. We'll be pouring foundations in the next week and getting the cranes up. It's good for Limerick," he said.

Kirkland Investments is also the developer behind a site in Towlerton near the Ballysimon Road, which will be the home of the city's newest Educate Together secondary school, plus a new Bons Secours private hospital.

"People have been trying for 30 years to get a private hospital into Limerick. It's not just good for Limerick, but the whole Mid-West. It encourages people to come and invest. For people locating here, all those people need these type of facilities. It helps bring this investment to Limerick," Mr Butler added.

The businessman was speaking at the JP McManus Pro-Am in Adare Manor, where he joined two teams, led by top golfers Rickie Fowler and Shane Lowry.

"It's absolutely fabulous, the whole buzz around the place. It's just phenomenal to have it here at home on our doorstep.

“The staff at Adare Manor have the place in tip-top shape," he told Limerick Live.