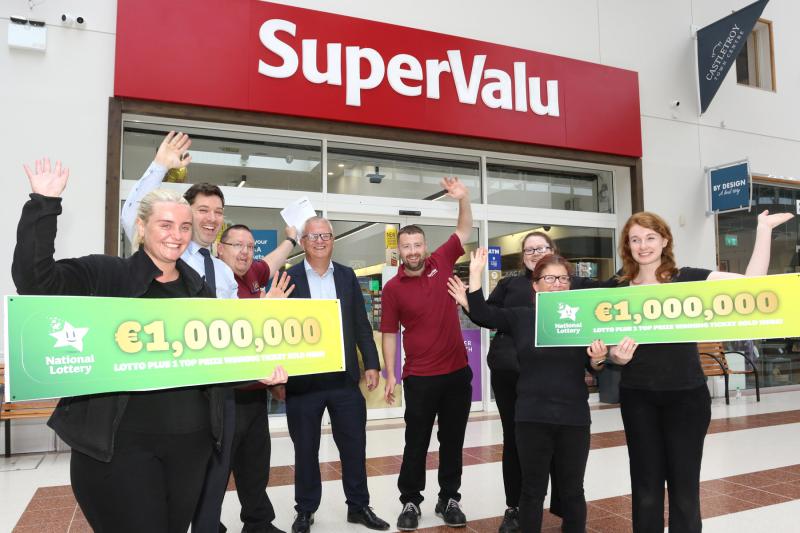 MEMBERS of a work syndicate at a Limerick company were overjoyed when they collected a €1m Lotto prize from National Lottery headquarters.

The syndicate, which was only established earlier this year, won the life-changing prize in the Lotto Plus 1 draw on Saturday, June 18.

The group,  whose members wish to keep their winnings private, took the day off work yesterday so they could travel to Dublin to claim their winnings.

“We just thought it would be a bit of craic but then all of a sudden, we have a cheque for €1 million in our back pocket. Because it’s only a new syndicate, not everybody in work actually joined it. I think that might change in the next few days as more people will want to put their names down in case we win again,” laughed the syndicate leader.

The winning ticket was sold at SuperValu in Castletroy and while delighted with the amount of money, the syndicate members say it’s not enough for them to leave their jobs for.

“It’s enough to make some nice little changes in our lives. We’ve spoken as a group and we all have our own little plans like paying off mortgages, upgrading cars and going on holidays. There’s been great excitement for the past week or so and it’s nice to finally get our hands on the cheque so we can start putting all of our plans into reality,” said one member.