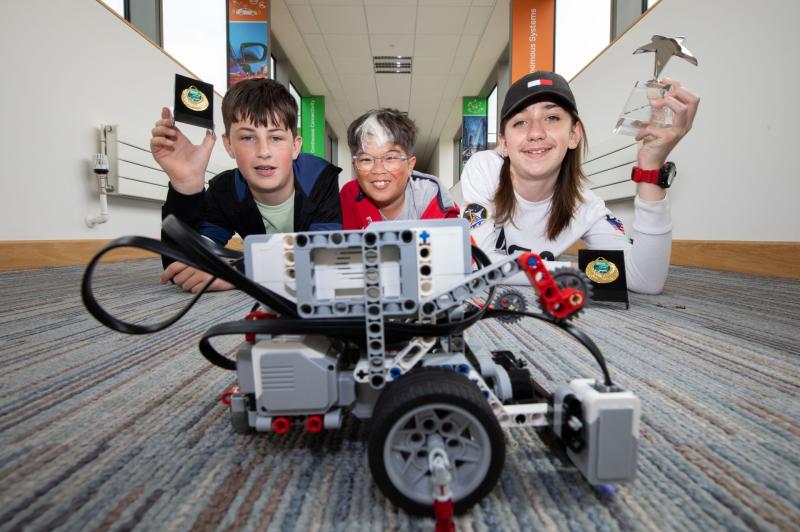 STUDENTS from a Limerick city primary school beat 75 of their counterparts from across the county to win a robotics competition.

Pupils from St Patrick's Boys National School were crowned the 2022 Analog Devices Primary School Robotics championship which took place at the firm's campus in Raheen across the weekend.

Teams of 10 to 12 year olds from 24 schools across the city and county built and programmed their own robots before entering the ring and pitting their robotic creations against each other, sumo-style, that afternoon.

More than 100 supporters cheered on the children during the finale which awarded points for teamwork as well as design and innovation.

And it was Fionn Ott, Bruno Ulej and Odhran Yanto from St Patrick’s National School in the winners enclosure, just ahead of Thomond Primary School students Kristiana Suares, Ellie Mai O’Dell and Óran Conlon, who were runners up.

The aim of the event is to promote science, technology, engineering and mathematics among primary school students by giving them a flavour of engineering through the opportunity to design, build, test and program their own robots. 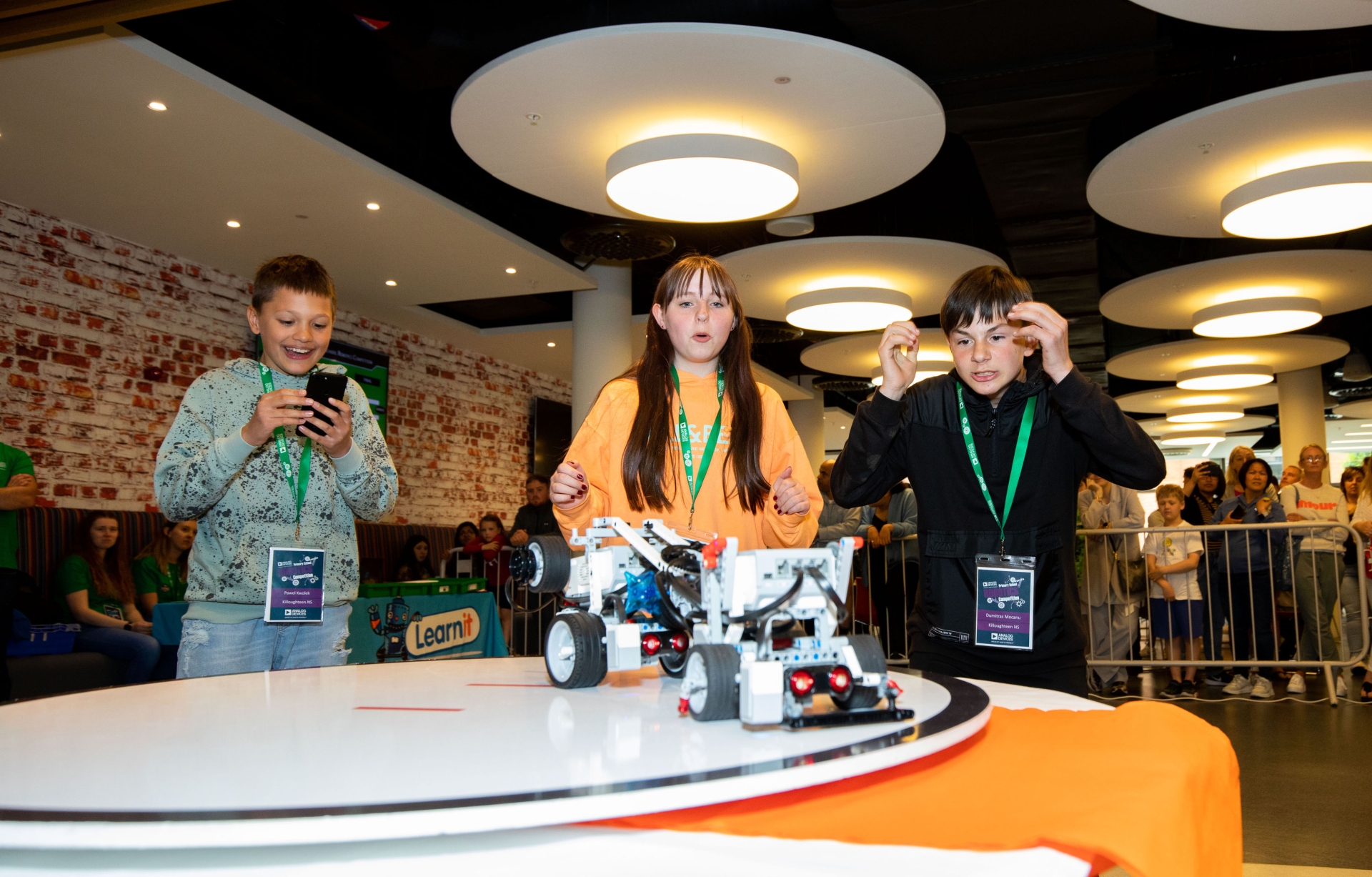 The children are encouraged to work as part of a team, express creativity, problem solve and have fun whilst at the same time learn key principles.

Jim Nagle, senior director, manufacturing at Analog Devices said, “It was wonderful to witness the teamwork, creativity, energy and excitement amongst our young competitors. Our aim is to provide a fun and engaging hands-on learning experience that will encourage children to stay curious and enthusiastic for STEM subjects and the opportunities ahead. Everyone certainly seemed to have fun."

Now in its seventh year, more than 4,900 students across Limerick have participated in the competition.

Its first stage actually began months ago when Analog Devices opened registration to all primary schools with more than 120 pupils in Limerick.

Each school that registered received a free robotics workshop where fifth and sixth class students learn to build and program a robot using Lego WeDo kits. After building their robot in the classroom, each team competed against each other for the chance to represent their school in the contest.