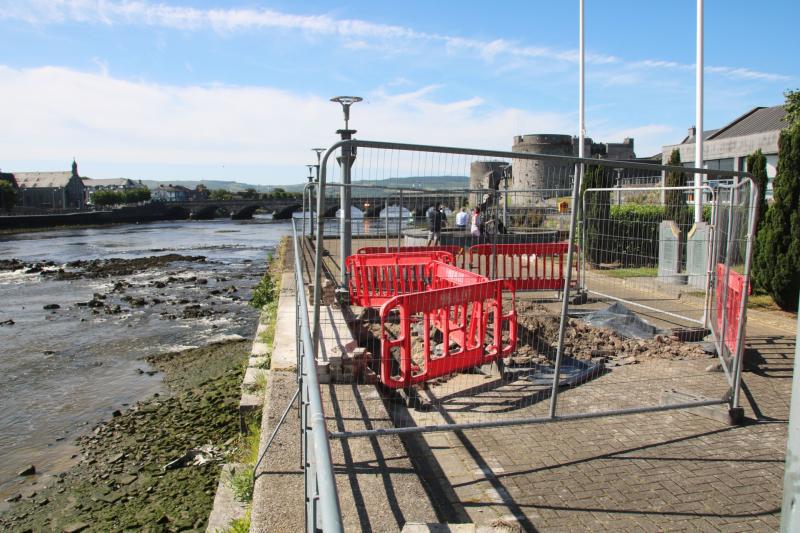 The ancient skeletal remains were discovered during the digging of the city's flood defences beside City Hall | Picture: Adrian Butler

SKELETAL remains have been discovered on the banks of the River Shannon during preliminary work to erect flood defences.

A team of garda investigators were deployed to Merchant's Quay, beside City Hall this Monday afternoon following the find, which took place as core work kicked off on the defences scheme along the quays.

A spokesperson for the council confirmed that as part of the trench work, bones were located which probably date back to the 1850s, with the land once being home to the city's old hospital and jail.

It's not clear if they are that of humans, or animals.

"As procedure allows, if you find bones, you call the National Monuments Service, call the National Museum, and call the gardai because these are older bones. The guards arrived on site, and removed the bones, and they will be assessed to see what they are," added the spokesperson.

Major flood defences are to be erected around the city in vulnerable areas after €60m was provided through the National Development Plan.

It's anticipated 1,200 homes will be protected from rising river tides as a result.