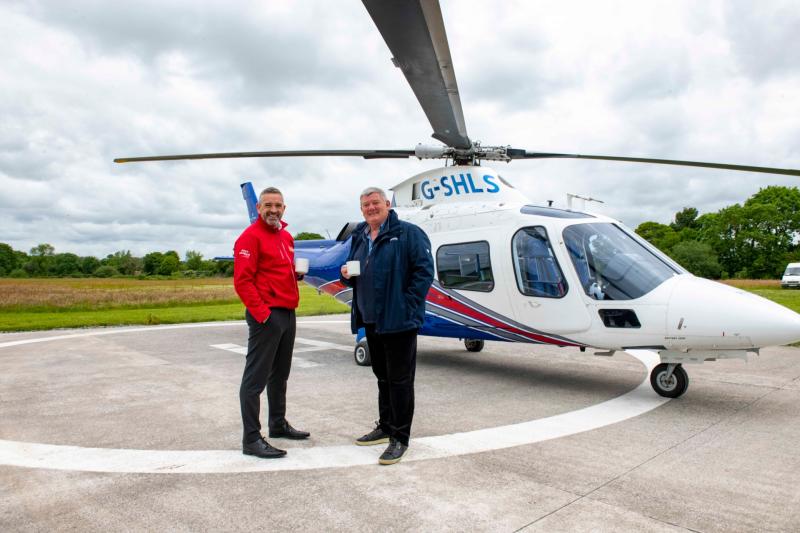 LIMERICK people are being urged to support a new fundraising initiative which has been launched by a life-saving organisation.

Last month, the Irish Community Air Ambulance responded to the highest number of road traffic incidents in a single month - including a number in Limerick.

The Air Ambulance, which was tasked to 15 separate collisions during May, says the overall number of call outs increased by 14% last month compared to April.

The service, which is based in Rathcoole, North Cork, has launched a new fundraising drive given the increase in fuel costs and its plans to expand its ground-based Volunteer Doctor service.

The charity works in partnership with the National Ambulance Service and is tasked to serious and life threatening emergencies.

The helicopter responded to 205 incidents in the first five months of this year with 48 taskings in May alone, up from 42 during April.

The call outs during May related to incidents in Limerick, Cork, Tipperary, Clare, Kerry, Waterford, Wexford and Carlow. Six of the incidents were farming or equestrian-related and, in total, 17 people were airlifted to hospitals in Cork and Limerick during the month.

In addition, ground teams were tasked to 221 incidents between January and May this year

As part of its new 'Brew for the Crew' fundraising initiative, which is supported by broadcaster John Creedon, The Irish Community Air Ambulance is encouraging people to host a BBQ or coffee morning during July.

Speaking at the launch, John Creedon said the charity has had a huge impact right across the country since it first launched almost three years ago.

"However, it’s rural communities in Munster, places that are some distance from the nearest hospital that have benefited most. The figures for May speak for themselves and show that the demand for the service is increasing. Nobody sets out on their day thinking that they will need the services of the Air Ambulance but we know that life can change in an instant and when trauma strikes, it's vital to know that help is on the way. That’s why this charity service is so important," he said.

CEO of the Irish Community Air Ambulance, Micheál Sheridan added: “The summer is the busiest time of the year for us and we’re already seeing the number of calls increasing. To be tasked to 15 road traffic collisions in one month is concerning and equates to a serious crash every second day. Our helicopter responded to 40 separate collisions in the first five months of the year which is a significant number. The cost of fuel is also continuing to rise which is why community fundraisers like ‘Brew for the Crew’ are so important," he said.

“We’re asking people to use their imaginations. It can be as simple as having a few friends over for a cuppa, hosting a BBQ or even holding a street party. It is really easy to register on our website and we will send you a kit with everything you need. Our crews are on duty every single day of the year and this event is about raising a glass or cup to say thank you as well as raising vital funds for our organisation.”