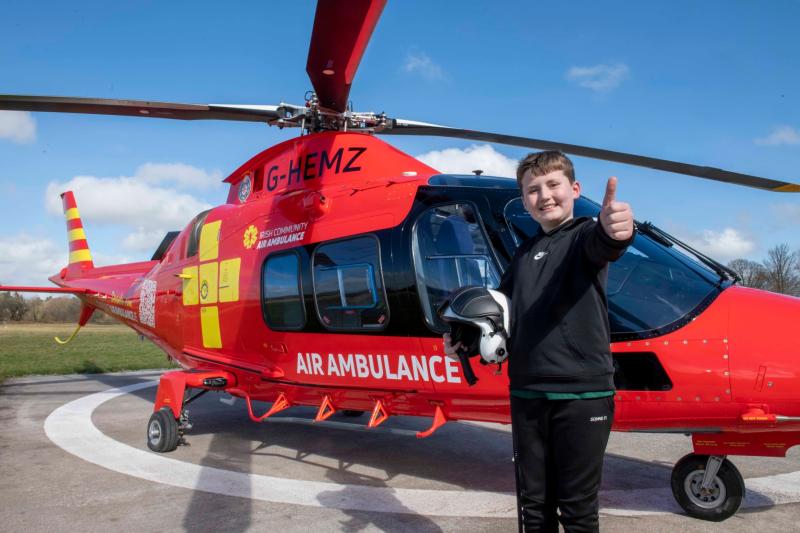 A LIMERICK schoolboy who was airlifted to hospital after he was knocked down while crossing the road is supporting a new fundraising drive for the Irish Community Air Ambulance service.

The helicopter, which is regularly deployed to locations across Limerick city and county, is based in Rathcoole, North Cork while the charity also has critical care teams on the ground in Dublin, Mayo and Donegal.

Orin Haugh and his family have joined the fundraising appeal and are urging members of the public to support the vital service.

The 11-year-old, who lives with his family in Carrigkerry, sustained serious injuries when he was knocked down as he crossed the road in Listowel, County Kerry in May of last year.

Following the incident, he became the first child to be airlifted from the Southwest of Ireland directly to the specialist neurosurgical centre at CHI Temple Street under new trauma protocols.

“The Irish Community Air Ambulance crew were absolutely brilliant. When they arrived at the scene they took charge and organised everything. They were so professional and reassuring and stayed completely calm throughout. Orin was brought by ambulance to the local rugby pitch where the Community Air Ambulance helicopter was waiting. He was stabilised and we took off for Dublin," said Orin's dad, Tom. 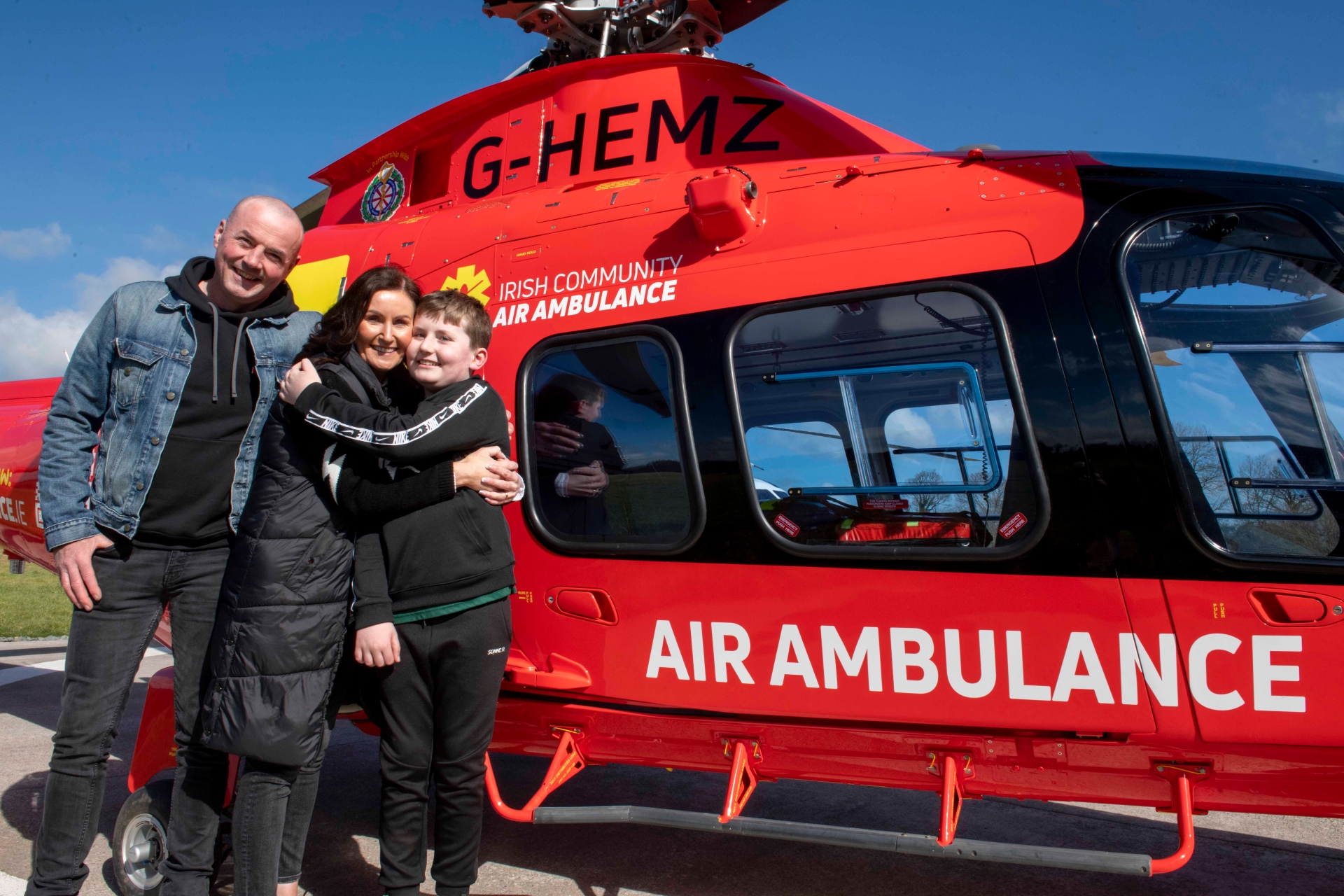 "James, one of the Air Ambulance crew, sat across from me and was constantly monitoring Orin, it was hard to hear but James kept giving me the thumbs up to let me know everything was okay. The difference the helicopter made for Orin was unbelievable," he added.

A team of medics was ready and waiting for Orin when the helicopter arrived at Temple Street and Orin was brought straight in for scans. He spent a week in a coma in the ICU, he was paralysed on his left side and couldn’t speak for several weeks.

Orin’s mum, Caitriona, says he has made a phenomenal recovery since the incident.

“The accident happened on May 29 and Orin left Temple Street on August 13 and he returned to school in September on a phased basis. He could only walk short distances and went to school in a wheelchair. He spent another ten weeks at the National Rehab Centre in Dublin and was discharged at the start of March," she said.

Caitriona says Orin can now run around with his friends again, do PE and is back playing football again.

"Orin received a gift of a teddy from the crew of the Irish Community Air Ambulance and has named it Hero. We are so grateful for all that they did for Orin that day and we would encourage everyone to support them.”

The Irish Community Air Ambulance works in partnership with the National Ambulance Service and has responded to more than 1,300 emergency calls since it was first launched in July 2019.

There were 157 taskings during the first four months of this year including 47 incidents in March alone. April and July were the busiest months during 2021 with the HEMS Air Ambulance tasked 57 times each month.

Commenting on the new fundraising appeal, Micheál Sheridan, CEO of the Irish Community Air Ambulance, said: “The aim of the Irish Community Air Ambulance is to provide hope when it’s needed most. Orin Hough is the perfect example of this. He was brought directly to CHI Temple Street from the scene of the accident in Kerry instead of being brought to the closest hospital. Every minute counts especially when you’re dealing with a seriously injured child. We want to be able to help more people like Orin, however, our need for fundraising is greater than ever."

"Increased taskings and rising fuel costs are driving up  costs massively. We also want to expand and enhance our Volunteer Doctor service to more locations and fund more advanced medical equipment. Covid-19 has hampered our fundraising efforts significantly over the last two years too which is why we need people to visit our website to donate or host a fundraising event," he added.