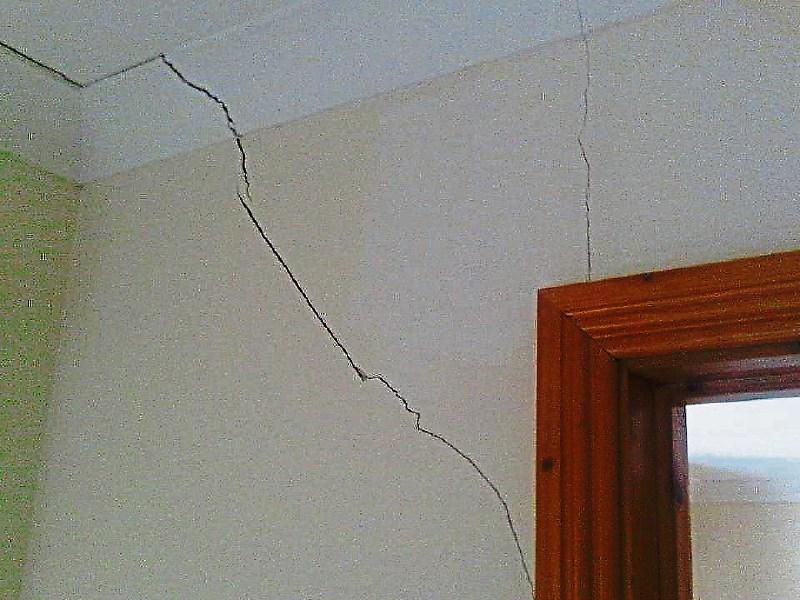 A NUMBER of suppliers within the Limerick area have current legal actions registered against them for supplying substandard building products, says a leading expert in the area.

Aidan O'Connell, a chartered civil engineer with extensive knowledge of pyrite, confirmed his company are providing expertise in a number of the cases.

Mr O’Connell spoke to Limerick Live following a report in the Irish Examiner into the pyrite situation locally. Construction material containing relatively large amounts of pyrite minerals are likely to expand, crack and / or crumble over time.

Limerick City and County Council took samples from five houses, chosen at random, as part of a report looking for pyrite, mica and other defective material.

A council spokesperson confirmed that defects were found in all five houses sampled, and the report was then submitted to the Department of Housing.

“There is no definite figure on how many are affected by pyrite in Limerick, only an extrapolation / estimate,” said the spokesperson.

Mr O’Connell agreed, saying it is still too early to estimate the number of houses affected by pyrite in Limerick.

“We cannot turn around and say you will definitely find the damage manifesting itself within 10 or 20 years. It depends on the quality of blocks that were used, how much plaster was put on the outside etc.

“I have had a case 18 years after the house was built before we were brought in and the damage manifesting. Some times this damage is so subtle that you – as a normal member of the public -may not see it for what it,” explained Mr O’Connell.

He added that a lot of properties with pyrite don’t come to public knowledge at all because builders will remedy it themselves or will “settle a case out of court”.

“I have cases where the builder or supplier has bought off a case and made the homeowner sign a non disclosure agreement,” said Mr O’Connell.

Speaking in general terms about the pyrite situation locally, the chartered civil engineer said there is “definitely a concentration in and around Limerick city compared to the county”.

However, he says the problems in Limerick are “relatively low” compared to the likes of Donegal and Mayo.