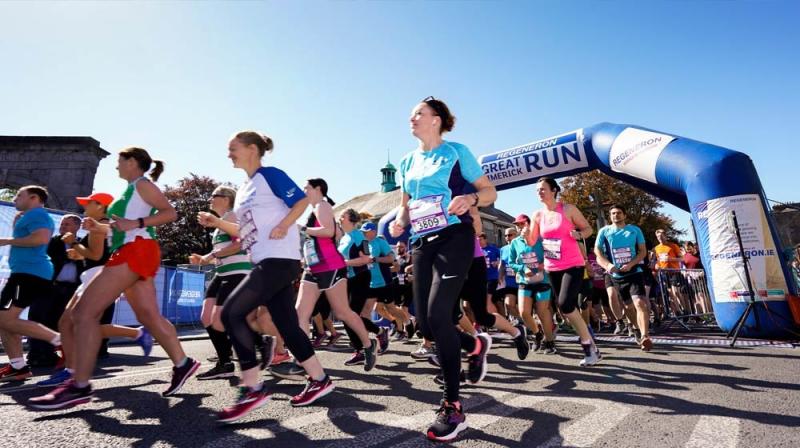 The Regeneron Great Limerick has attracted more than 14,000 participants

THE REGENERON Great Limerick Run is back this Bank Holiday weekend after a two-year break.

Due to the pandemic, the run has been held virtually for the last two years but this Sunday thousands of people will head to Limerick city once again for the event.

The full marathon kicks off at 9am at the People's Park, at Pery Square followed by the half marathon at 10:30am and the six mile race at 12:30pm.

People of all ages and abilities will be taking part in the run which is the fastest growing participatory event in Ireland with over 12,500 race entrants registered this year.

A major traffic operation is in place for the event and motorists travelling to Limerick city are being advised there are some road closures and diversions in places around the route of the marathon - see more here.

According to an economic and social impact report commissioned by Limerick City Council, 49% of respondents stated that the Great Limerick Run was the main reason they started physical exercise.

Following the run, participants are invited to keep the celebrations going at People's Park where there will be live entertainment and post-run fun for all the family. 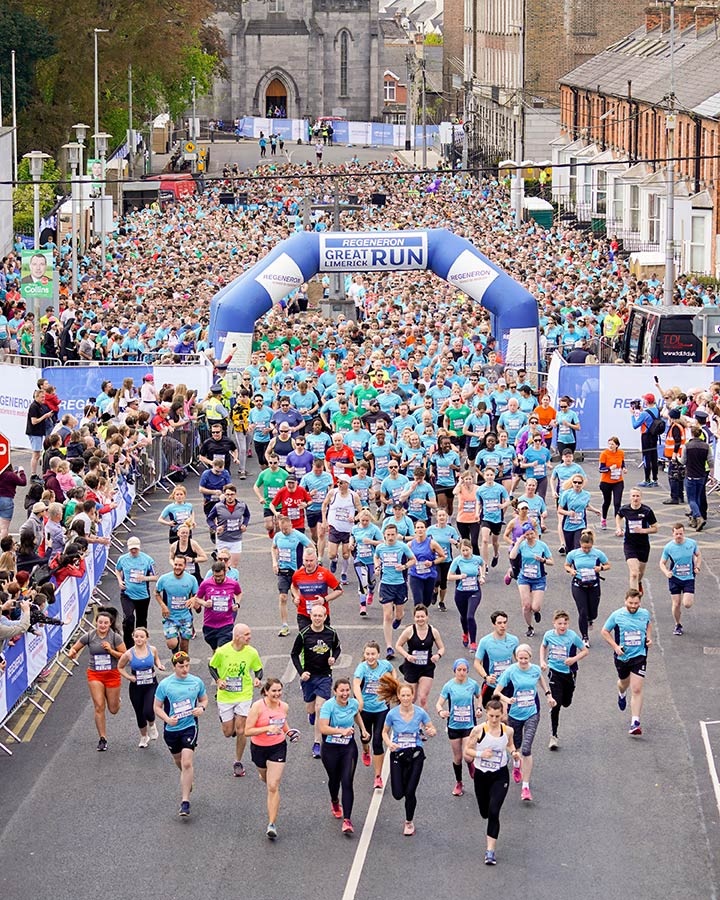 Yesterday, it was the little people's turn to get their running shoes on at the Bon Secours Children’s Run for Fun.

The event, which took place at University of Limerick, featured more than 2,000 participants.

In Pictures: Huge crowds attend Run for Fun event at University of Limerick

The Regeneron Great Limerick Run is one of the highlights of Riverfest Limerick which is taking place this Bank Holiday weekend. See riverfest.ie.