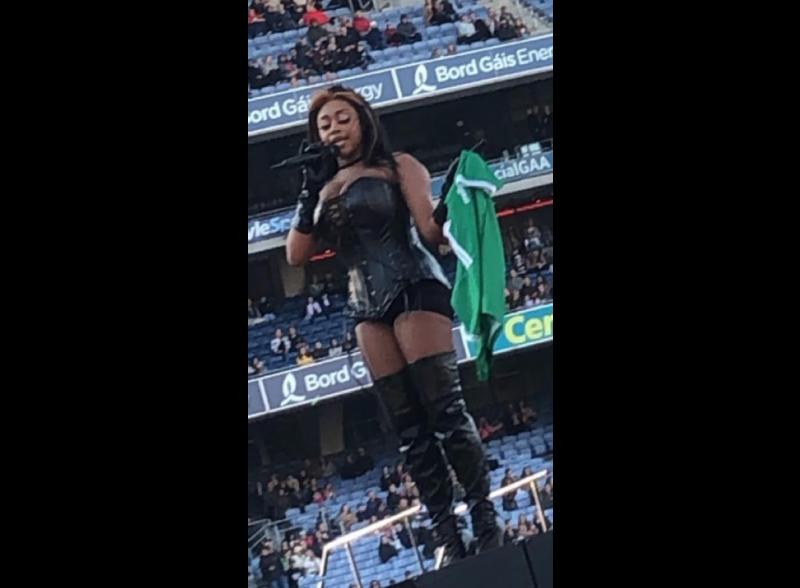 WHILE the Limerick hurlers were bossing it in the Gaelic Grounds against Waterford this Saturday evening, one of their most famous fans was singing their praises in GAA HQ!

Rapper Denise Chaila proudly showed off her new Limerick jersey to the crowds at Croke Park in Dublin where she is supporting global superstar Ed Sheeran on the opening night of his stadium tour in Ireland.

Wowing the crowds in a black leather ensemble, the Zambian-born hip-hop artist who moved to Limerick in 2012, was only too delighted to display her pride in her local hurlers who had gifted her with a signed jersey.

Clearly fans of the talented performer, the team not only sent her the jersey as a good luck gesture ahead of her debut performance in Croker but they also sent her a card wishing her and her team the very best.

Earlier in the day, ahead of the senior hurlers' much-anticipated clash with Waterford in the Munster Hurling Championship, Denise tweeted a good luck message to the boys in green.

The hurlers overcame what manager John Kiely described as "a huge challenge” in a tension-filled TUS Gaelic Grounds in Limerick city to beat Waterford on a score-line of 0-30 to 2-21.

Meanwhile, Limerick fans of both Denise Chaila and Ed Sheeran are counting down the days to when they will see the singers perform in Limerick’s Thomond Park on Thursday and Friday, May 5 and 6.