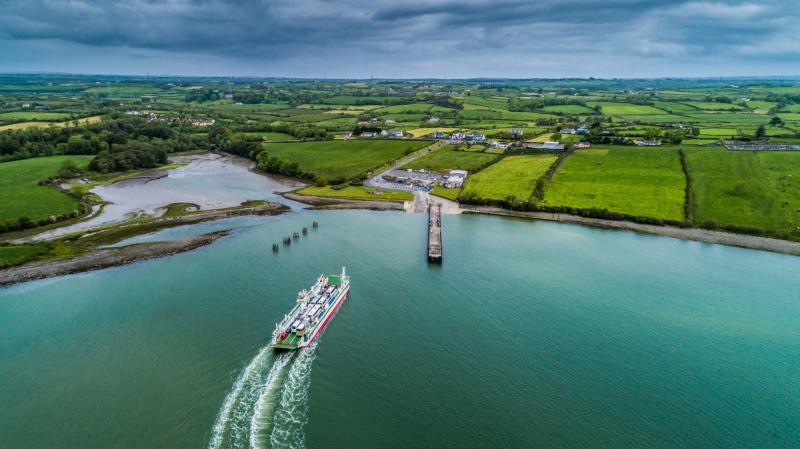 A NEW group tasked with reviving the fortunes of the Shannon Estuary has been named.

Barry O'Sullivan, who formerly headed up Johnson and Johnson's VisionCare operation in Plassey will chair the group, which was put together following an intervention from Tanaiste and Trade Minister Leo Varadkar.

A number of other locally well-known business people will also serve on the taskforce, which is expected to report back by October.

This number includes the chief executive of the Shannon Group Mary Considine, Pat Keating, who heads the Shannon Foynes Port Company, and Dee Ryan, who holds the equivalent role with the Limerick Chamber.

Joining them will be Siobhan Dolan Clancy of SDC Business Consulting, based in Ennis and Seán Hegarty of ESB generation and trading.

From Limerick's academic institutions are Seamus Hoyne, the Dean of flexible and workplace learning of the Technological University of the Shannon: Midlands Mid-West, Prof Eamonn Murphy of the University of Limerick as well as Prof Luuk van der Wielen, the director of the same college's Bernal Institute.

They are joined by Dr Brendan O'Donnell, a vice-president at the Munster Technological University, which serves Cork and Kerry.

It's anticipated the group will assess the strategic strengths and comparative advantages of the Shannon Estuary and scope out potential opportunities for the area. The group will produce a report, specifying the actions which can be taken to create jobs and opportunities in the region.

It will aim to come up with ways to develop industry and fully exploit the vast landbank around the Shannon Estuary.

Green Party TD Brian Leddin has welcomed the establishing of the taskforce.

He said: "We agreed in the Programme for Government a commitment to supporting the Shannon Estuary and surrounding area. The establishment of a taskforce to evaluate the potential of the Mid-West and determine how this potential can be realised, particularly in the deployment of offshore wind power and the new emerging green hydrogen sector, as Ireland seeks to become an exporter of clean energy. There is potential for thousands of new, high skilled jobs for the region.”

Mayor Daniel Butler added: "I'm delighted to see announced as something that will be of huge strategic importance not just to the region or Ireland but to Europe in the context of energy autonomy. Also, the economic benefits as we move forward as the leading green digital region will be of huge significance and will add to the great work already underway in the region."