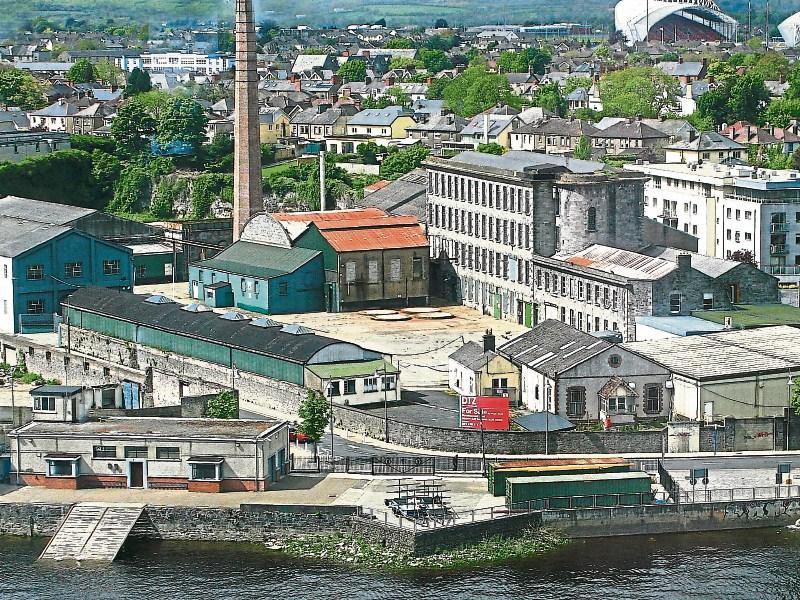 LIMERICK Twenty Thirty has opened talks with potential investors on developing the former Cleeve's toffee factory in the city.

And a planning application is to be submitted for the land by next year.

The development company is charged with managing the vast site just off the North Circular Road, after it was taken into public ownership.

This occurred when Limerick City and County Council purchased the area from the Kerry Group for €3.5m.

However, up to now, there has been little major development on site, with the old factory being used for parking, pop-up isolation facilities for Covid-19 patients, and the venue for the outdoor Bread Not Profits play in 2019 among other things.

At this month's metropolitan meeting, Labour councillor Joe Leddin asked what are the next steps in the process to complete the masterplan for the land - and also sought a timeframe.

In a written reply, the chief executive of Limerick Twenty Thirty David Conway stated its executive is in market discussions with potential investors and developers regarding funding and delivery options for the site.

"A funding and delivery plan will be completed shortly. This 10-acre site will require substantial market investment along with Urban Regeneration and Development funding for its delivery as a key strategic site for Limerick, which will cater for residential, commercial, community and cultural zones, in addition to a large new public realm space," he said.

Mr Conway confirmed the public consultation stage and completion of the masterplan for the site will be undertaken in the second half of this year.

A submission of a planning application is then targetted for 2023, the chief executive added.