Guards’ Great Limerick Run to help get Garda Noah, 4, to Boston  for treatment 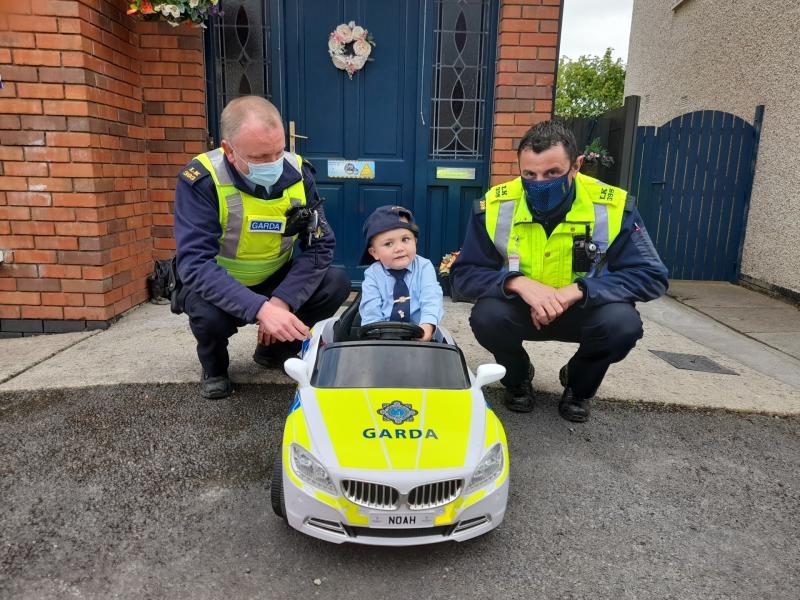 Over 40 gardai, garda staff, friends and family will take part in the Great Limerick Run to raise money for Noah Quish's medical treatment

FOUR-YEAR-OLD Noah Quish inspired Garda David Stapleton to run a marathon last year and now he has encouraged more of David’s colleagues to lace up for the Great Limerick Run.

Garda Martin Hennessy, of Henry Street, has organised the event to raise money for Noah’s ongoing medical expenses. Over 40 gardai, garda staff, friends and family will be taking part on May 1, 2022.

Noah – who is battling serious illness and has had numerous life-saving surgeries – loves the gardai. And it is more than reciprocated.

Garda Hennessy said Noah has “captured the hearts of everyone”.

“He is our Little Blue Hero in Limerick,” said Garda Hennessy, who was one of the members to welcome Noah, his sister Leah, and parents Una and John Joe, from Ballylanders, to Henry Street in 2019.

“When he became an honorary garda a couple of years ago I got the idea to do the run but then Covid hit and it came to an abrupt halt but we are back on track this year,” said Garda Hennessy.

A GoFundMe page has been set up in tandem with the fundraiser. To date, Garda Hennessy says they will have over 40 taking part in the Great Limerick Run but more are welcome.

“If anyone has registered for the run and would like a sponsorship card to assist with Noah they can contact me through the GoFundMe page, leave their number and email and I will organise a card and T-shirt for them,” said Garda Hennessy.

People can also donate directly on the page. The garda says all the money will be going directly to the Quish family, who live in Monaleen, to help with Noah’s ongoing medical expenses.

Mum, Una thanked the gardai in Limerick for their continuing support. She says the monies raised will provide crucial therapy for Noah to help with feeding and speech and purchase a special bed for him.

“Also, we are hoping to get him to Boston for a six week intense programme to help with his feeding and speech. Noah would have the use of vital stem therapy there which you can't get anywhere else and this would help encourage the muscles in his throat to help him swallow. The waiting list to be accepted can take a while but we will keep trying,” said Una.