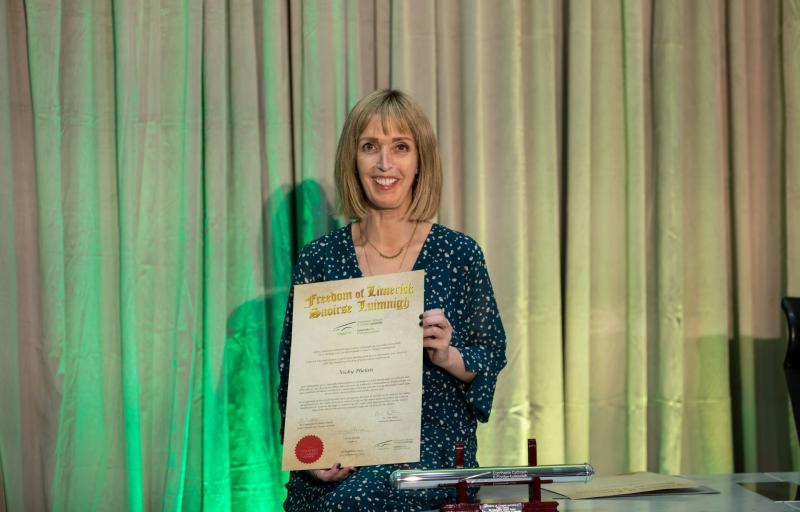 CERVICAL check cancer campaigner Vicky Phelan has revealed she has been suffering from complications related to her radio therapy - and will "pull back" to spend time with her family.

In a wide-ranging update posted to her 130,000 Instagram followers, the inspirational mum-of-two also said she will no longer be able to travel to Croagh Patrick to support the Climb with Charlie event next month.

Vicky admits that following her latest round of treatment, she has never felt so sick or in as much pain as she has been over the last fortnight.

"The radiotherapy increased the amount of pain I was in and also incapacitated me leaving me unable to walk without assistance. I am only now, in the past few days able to walk without either a four-wheeler or a Zimmer frame. Walking long distances is still beyond me but I hope I will get there again. I only finished my last session of radiotherapy last Monday and it can take a couple of weeks for the effects to be felt so I am really hoping that I will be moving around a bit more freely in a couple of weeks time but I am also acutely aware that I may never regain what I had," she said.

As a result of this, Vicky, who lives in Annacotty, has said she has had to take the tough decision to not journey to Croagh Patrick in April to support the Climb with Charlie fundraiser for Pieta and the Irish Motor Neurone Disease Association, the event set up alongside former RTE News reporter Charlie Bird.

"I am simply not well enough either physically or mentally. The past few weeks have really knocked the stuffing out of me and I need to focus on just getting well again. I have already been in touch with Charlie and he has been great about it," she said.

Vicky, who received the Freedom of Limerick last month, said she will also be posting less on social media about her condition.

"I need to focus on spending time with my family and friends. I hope that people understand. Unfortunately, my condition has become unpredictable and is impacting more and more on my everyday life," she said.

"Thank you ALL for your continued support and for all your well wishes. I really do appreciate the support," she concluded.