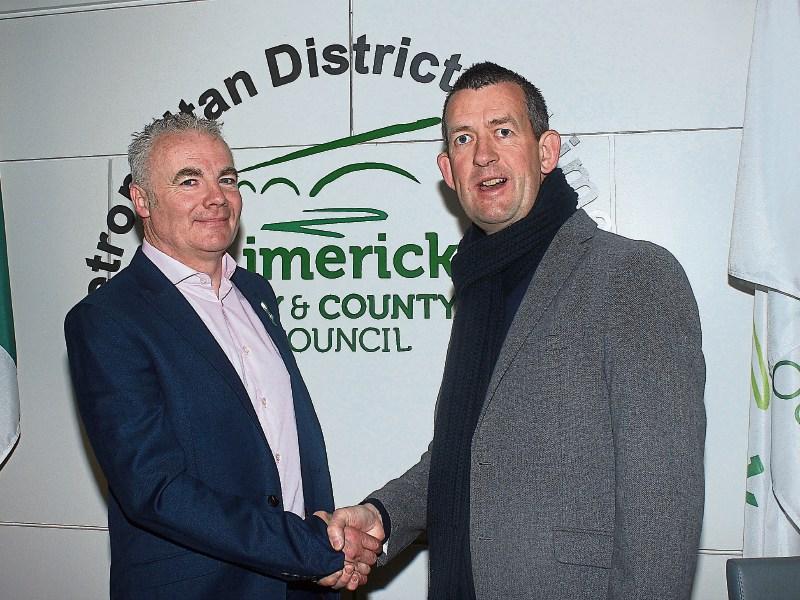 A FORMER antiques dealer on Nicholas Street in Limerick city has been elected to fill Maurice Quinlivan’s Sinn Fein seat on the local authority.

John Costelloe, a 50-year-old father of four, spoke this Monday in the council chamber of his delight in claiming the seat, following Mr Quinlivan’s election to the Dail.

“It has been a long, hard road for me to get to this point. I’m honoured and humbled. I’d like to pay tribute to my predecessor, Maurice Quinlivan, who has been a rock of steel for me. He has shown fantastic leadership in the area.

“This role is completely new to me. Limerick is on the cusp of a wave, and we can all work together for our city,” he said at the meeting.

He told the Limerick Leader: “I’ve been called a lot of things in my day, but I’ve never been called a councillor. I have been approached by a lot of people in my area about being a councillor, and I’ve worked on the ground with Maurice for a long time. I don’t want to be a cog in the wheel, I want to be a major player in the wheel. So that’s why I put myself forward at the convention.”

Cllr Costelloe said two of the biggest issues in the city which concern him are the housing crisis and the suicide “epidemic”. While he’s from Emmet Place, off O’Connell Avenue, he says there’s “northside blood in my veins”.

The outgoing councillor wished Mr Costelloe the best in his role, and said that he has enjoyed his time on the council – five years with the ‘old’ city council, and two years on the joint authority.

He added that he will miss the council, paid tribute to its staff, and said he believes that Sinn Fein have been a positive influence on the council.