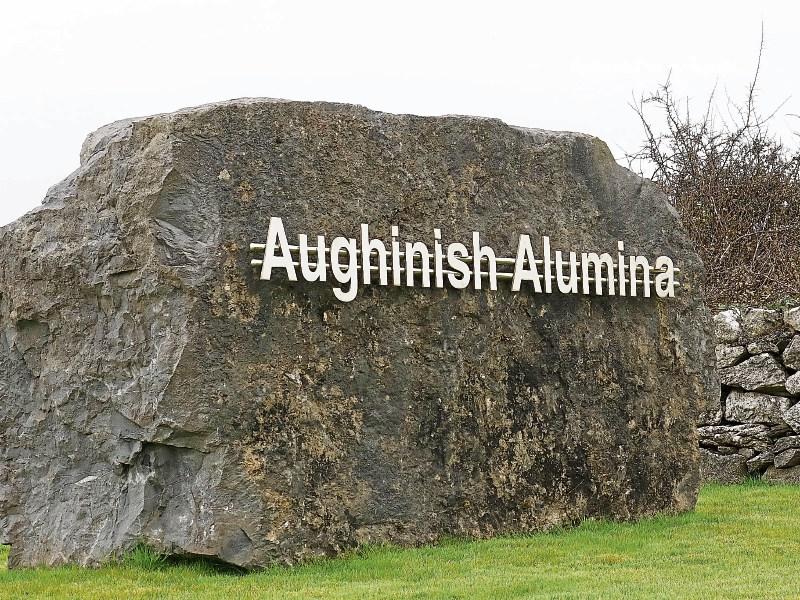 The refinery at Aughinish is a huge local employer

LOCAL politicians have pledged to do all they can to protect jobs at Europe’s largest alumina refinery, in West Limerick.

There are fears that local jobs could be impacted in the wake of Russia’s invasion of Ukraine, if Aughinish Alumina’s Russian parent firm Rusal is hit by tough European Union (EU) sanctions.

Operational on the Limerick peninsula since 1983, the bauxite producer employs 482 people, with the company itself stating in planning documents that it is responsible for a further 385 downstream jobs.

Europe has condemned the Vladimir Putin-led attacks on Ukraine, and has imposed tough economic measures.

This includes a ban on exports from the EU to Russia on goods and technology in the aviation industry.

There are fears for the future of local workers – with Aughinish Alumina responsible for 30% of EU alumina, used for aircraft.

There are also wider environmental concerns if the refinery were to cease abruptly.

A spokesperson for the Tanaiste said at present, there is “no implication of any jobs impact” and that Mr Varadkar is keen the plant continues to operate.

Stephen Lavelle of Siptu, which represents the majority of workers in Rusal said they are monitoring the situation closely, while Minister of State and local TD Niall Collins has written to Taoiseach Micheál Martin to highlight the importance of the plant.

“I’m keen to ensure any sanctions against Russia, which are merited, do not adversely impact here in Ireland,” he said.

Kevin Sheahan, who leads the Adare/Rathkeale council district in which the alumina firm is located, said: “We need to make noise and let people know we are annoyed at any suggestion of shutting down Aughinish.

“Workers there are finding it just as difficult to live in this country today as anywhere else. If they find themselves in receipt of social welfare, we will have a serious crisis in the economy of every small town and village in West Limerick and North Kerry.”

Councillor Sheahan also pointed out the operators of the refinery are subject to strict conditions to ensure the red mud, or bauxite residue pools which emanate on the peninsula do not spread further.

“If they ran off the site because we do something at government level about the owners, the odds are these tasks would never be carried out, and we would be left with an appalling mess which would cost us dearly to clean up ourselves,” he added.

“The opposite to that is we are in receipt of a serious amount of money  [from the company] each year in terms of commercial rates and water charges which benefit all of Limerick. It would inflict a very serious wound in our business as a local authority and for the people of Limerick,” Cllr Sheahan said.

Meanwhile, a general Russian cargo ship, named the Pola Feodosia, was expected to arrive into Aughinish late on Tuesday night.

It’s understood the vessel is linked to the refinery.