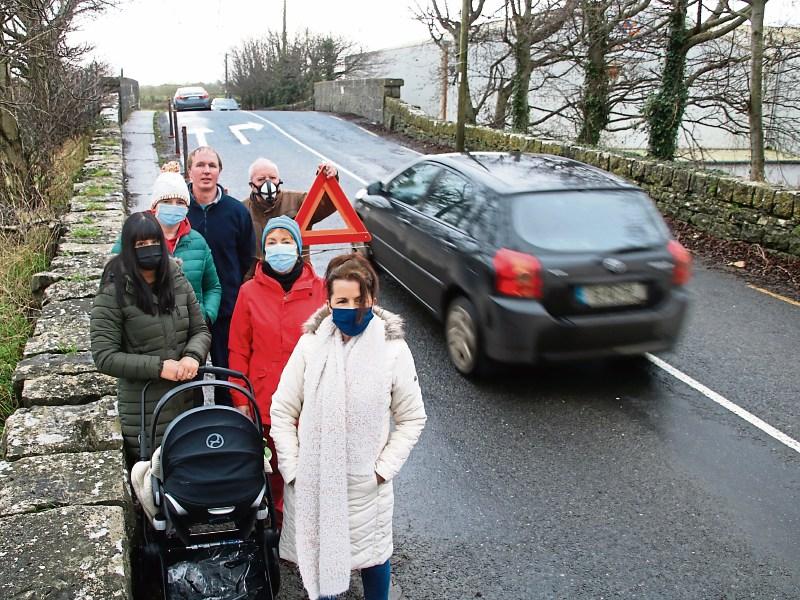 “WHEN the dogs in Newcastle West and Limerick city are getting more from a Budget and looked after better than the neglected people in the Kilmallock area, you know you’re in trouble,” declared Cllr PJ Carey.

He was speaking at a meeting of the Municipal District of Cappamore-Kilmallock regarding the Railway Bridge in Kilmallock – located on the Ardpatrick side of the town.

Cllr Carey was bemoaning the fact that a narrow bridge, that doesn’t have a footpath for much of it, hasn’t been made safer.

“The bridge is lethal. It is only a matter of time before someone is killed on it. It is treacherous. You’re taking your life into your hands walking that bridge into town,” said Cllr Carey.

A deputation from Gotoon Residents Association, due to the attend the meeting regarding the Railway Bridge, was put back.

“The Cappamore-Kilmallock area was hardly mentioned. When the dogs in Newcastle West and the city are getting more from a Budget and looked after better than the neglected people in the Kilmallock area, you know you’re in trouble,” said Cllr Carey.

He said if a footpath isn’t feasible then a footbridge, like there is on the Bruree side of Kilmallock, should be a priority.

“The footbridge below at Glenfield, in my opinion, should never have taken priority over the Railway Bridge from a visibility and danger point of view. This problem should have been addressed years ago and whatever it takes, whether a footbridge is required or whatever it may be, it is essential the wheels are put in motion immediately.

“I will not be supporting any Budgets or the raising of the LPT unless the necessary works in Gotoon get the green light. I would hope that the other six councillors in the Cappamore-Kilmallock area follow suit. We must stop acting in this subservient manner and putting parties before the people we represent. This is a red line issue for me,” said Cllr Carey after the meeting.

Trish O’Sullivan, of the Gotoon Residents Association, said: “We're cut off completely with regards to walking to town.” Ms O’Sullivan will actually drive the short distance to Kilmallock to walk her dogs instead of risking walking over the bridge.

“It’s too dangerous. Everyone of us are the same living on this road - we can all see how much the bridge has disimproved, traffic has increased, speed has increased. The footpath is broken, it’s full of debris – they put bollards up there as a solution and my God they're more of a death trap than anything,” said Ms O’Sullivan.

She says there are a lot of children living in the area.

“They've no independence walking to town, going to training or whatever. They can't even cycle at this stage. It’s a total nightmare. It’s a tragedy waiting to happen,” she says.

Ms O’Sullivan says the priority must be the “health and safety” of residents.

“The only way they can do that for residents up here is by putting a footbridge inside the actual Railway Bridge. Failing that, a stop and go system,” said Ms O’Sullivan, who doesn’t think a new footpath is a runner due to the narrowness of the bridge and volume of traffic.