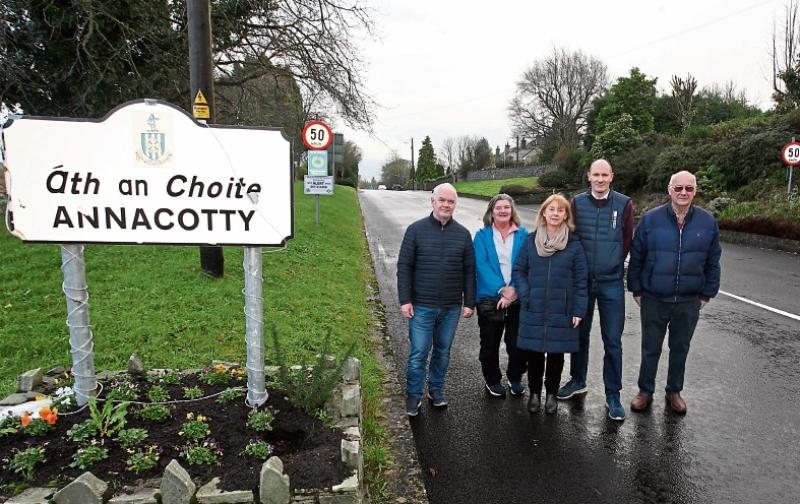 Residents in Annacotty have been looking for a footpath to be installed for the past 25 years | PICTURE: Brendan Gleeson

A MISSING section of footpath on a popular walkway in one Limerick community has been labelled as ‘an accident waiting to happen’.

Residents of Ashgrove Road, Annacotty have been waiting for a quarter of a century for a footpath that would connect the main street of the village to the busy Dublin Road.

Long-time resident Bernie Halton, who has been living on this street for 25 years, said that the stretch of road has been completely forgotten about.

She brought the issue to the attention of Aontú representative Eric Nelligan, who then alerted the Limerick Leader and has been instrumental in progressing the issue, Bernie stated.

“I have brought it up several times with different people and haven’t gotten anywhere. I am dead scared somebody is going to be knocked down, injured or killed,” she admitted.

She added that the “absolutely treacherous” 80m section of road is on her conscience all the time, particularly when she heads off on her walks.

Each day, from her house, she sees other walkers passing by on the unprotected route. She stressed that there are buggies, children and many dog walkers using it regularly as part of a loop.

“We have speed ramps coming up so far, and that slows the traffic down and then you have nothing. People just take off,” she explained, alluding to the section of road causing great concern.

Mr Nelligan also highlighted that enhanced lighting, along with the appropriate footpaths, is necessary in order to avoid a serious "tragedy."

Cllr Sean Hartigan, who represents Limerick city East, told the Limerick Leader that the issue was recently raised by local residents to him.

He said that due to a steep incline from the houses onto the road, putting a footpath here would involve “considerable work, be very expensive and is not something the Council would do from their own budget.”

The Green Party representative conceded that with increased volumes of traffic in Annacotty, there is a need for a footpath here.

“I have discussed this issue with Council engineers and a funding application has been submitted by Limerick Councils Active Travel Unit to the National Transport Authority, we would be hopeful that this project will be funded.”

The Castleconnell-based Councillor concluded that he will be working closely with the Council and NTA to ensure that walking and cycling options, like at Ashgrove Road are “a safe option for Limerick people.”