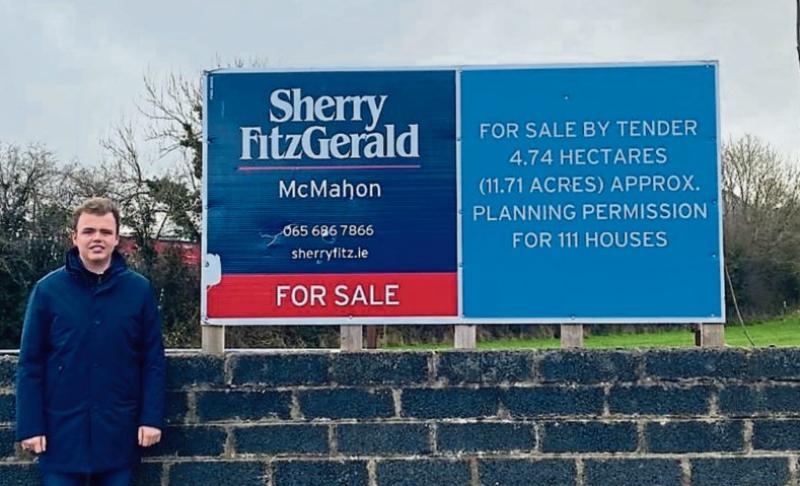 A MAJOR new housing development is planned for Patrickswell, the Limerick Leader has learned.

Once completed, it will see 111 houses constructed on 11.71 acres at Barnaklyle, located close to the village.

Sherry FitzGerald McMahon, based in Ennis, are the estate agents for the sale of the land which includes planning permission for 111 homes. The land was on the market for €2.75m.

When contacted by the Limerick Leader, Diarmuid McMahon, managing director, confirmed that contracts have been signed and the sale is due to close.

“The expectation is it will close shortly,” said Mr McMahon, who would not be drawn on whether the guide of €2.75m was achieved.

The sale was initially subject to a tendering process but the 11.71 acres was sold by private treaty.

Popular Limerick bar up for auction

Mr McMahon said he understands the purchasers plan to “develop out the planning permission that is there”.

“Contracts have been exchanged and we’re hopeful the deal will conclude shortly,” said Mr McMahon. The Leader understands the vendor is “satisfied with the deal”.

Local councillor, Dan McSweeney, said confirmation that the sale of this site for 111 units is nearing completion is “welcome news” for Patrickswell.

“I do hope this site will go on to be developed in a timely manner and will provide much needed housing for those Patrickswell born and bred and from further afield,” said Cllr McSweeney.

He says additional housing is badly needed in the locality due to its popularity.

Patrickswell has so much potential, he says.

“There is significant investment for the Main Street public realm, community centre and sporting facilities. Patrickswell will be one of the best places to live,” concluded Cllr McSweeney.