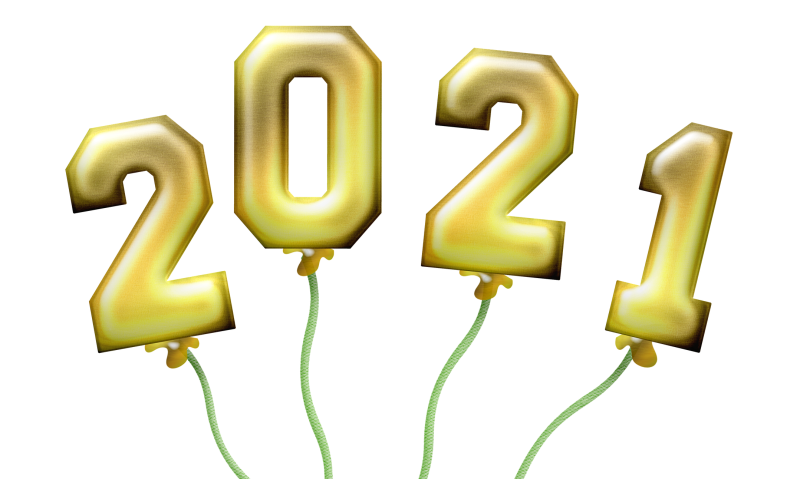 With 2021 drawing to a close, the Limerick Leader team chooses their favourite stories of the past year

Criticism of Limerick is an ‘unwritten rule’

PICKING out a ‘favourite’ story from 2021 was never going to be easy, writes editor Donn O'Sullivan.

The talented staff here at the Limerick Leader have produced some fantastic stories over the last 12 months and one could be here all year picking the top few.

My pick this year is a series of stories really, headed up from our side by reporter Nick Rabbitts.

It all started in April when Forbes Magazine printed an article about the Collision brothers Patrick and John.

The piece about the duo suggested the brothers had ‘escaped’ the City. The story, since removed from the Forbes website, claimed that Limerick is known as Europe's “murder capital”. Both Patrick and John stepped in to rubbish its contents.
There was immediate outrage from everyone in Limerick and beyond too.

Words such as ‘trash, ill-informed journalism’ - a piece ‘full or slurs’ and a ‘disgraceful description of Limerick’ were used. The #LimerickandProud campaign began and took off, to say the least.

Apologies were called for and, in fairness to Forbes, were given. Indeed the editor of Forbes magazine Randall Lane has committed to visit Limerick and host its landmark ‘30 under 30 event’ here in 2022.

The whole saga reminded me of how passionate we are, as a people, about our city and county. The irony was not lost on me either though.

For 51 weeks of the year we can be seen giving out, criticising the city and county. Highlighting its faults, from societal structures, to footpath markings.

However, should someone from outside Limerick have a ‘pop’ off of us, then all bets are off. There is an unwritten rule around Limerick. We love it, we criticise it, we try to make it better, from within.

But if you think you can say something negative about this place, without being from this place, well then, you have another thing coming.

That's Limerick for ya.

It was a poetic ending for twins Mary and Archie

WHILE a story about death is an unlikely choice for a favourite story of the year, there was something different and almost poetic about the passing of Mary McKie and Archie Brown, writes Áine Fitzgerald.

A death of a loved one is always a deeply sad and lonely time for people. When it comes so close to Christmas there is almost an extra layer of sorrow attached to it.

But the news of twins Mary and Archie’s deaths on the same day, December 11 last, generated a wave of love and fondness for the Ballynanty siblings from people who didn’t even know them.

Sadness as Limerick twins die on the same day

“Twins Mary and Archie came into the world together and have now gone to their eternal reward together,” wrote Leader reporter Donal O’Regan in his poignant piece on the siblings’ passing just over two weeks ago.

Canon Donal McNamara described it as “unbelievable” and “extraordinary” that, after entering the world together 89 years ago, they would then leave it on the same December day.

Canon McNamara told the Limerick Leader he had been bringing Holy Communion on the First Friday of the month to Mary for years. “She would always tell me when I'd go that, ‘I have a brother, Archie, he is my twin’. They were very close,” said Canon McNamara.

The bond between twins is said to be particularly powerful and unique - unlike any other sibling connection - and even the most cynical of people couldn’t help but be touched and feel there was something special about Mary and Archie’s story.

May they both rest in peace.

Battle at the Border acts as curtain-raiser for final

AHEAD of the historic All-Ireland Senior Hurling Final between Limerick and Cork at Croke Park on August 22, a political battle took place on the border between the two counties, writes David Hurley.

Less than 72 hours before the teams took to the pitch to do battle for the Liam MacCarthy Cup, the Mayor of Limerick, Cllr Daniel Butler, came face-to-face with the Lord Mayor of Cork, Cllr Colm Kelleher.

Horns were beeped and cheers could be heard coming from motorists as the Battle at the Border unfolded on the N20 between Charleville and Rourke's Cross.

Both men wore their respective team jerseys with the addition of their chains of office. Hurleys were raised, sliotars were thrown  and gifts were exchanged as each of the first citizens tried to get one over the other.

In the interests of fairness and balance, photographs were taken on both sides of the border before the pair agreed to disagree as to who would emerge victorious on the pitch the following Sunday.

The two first citizens had exchanged letters days earlier and their meeting at the border was just one example of the intense rivalry and banter which had erupted between those living in towns and villages close to the border separating the Rebel and Treaty counties. “It’s wonderful to see that we can all come together in the true spirit of sport to celebrate the game of hurling, while still be fervent supporters of our county teams,” Cllr Butler told the Leader.

I’ve been working from home for most of the pandemic so, for me, reporting on the event was a welcome opportunity to leave the house.

The build-up to the All-Ireland final was the only story that mattered that week and I was also delighted to report on something other than the continuing Covid-19 pandemic.

ON a fine Thursday in early July, a 30-year-old dream was realised when the old Great Southern Trail reopened, after a multi-million euro make-over, as the Limerick Greenway, writes Norma Prendiville.

The reopening drew hundreds of walkers and cyclists all eager to see for themselves the improvements that had been made. They came from near and far, the young and the not-so-young, and pleasure and delight were written on every face.

“It is brilliant,” beamed Heleen McNamara who had come from Askeaton to test out her brand new bike on the greenway. Originally from Holland, she added: “I am in my element today.”

But there was deep satisfaction too that Limerick now had a greenway to compare with any. “It’s a fantastic job,” declared Denis O’Connor, who lives just yards away from the greenway at Barnagh. His young grandsons, Caiden and Finn Broderick from Croom, were in total agreement.

For Mary Hartigan who was born and reared in the newly-restored Barnagh Station House, it was a day to remember the big fires her father Denis Murphy kept going for waiting passengers in winter and the prize-winning flower beds he kept up to scratch for their summer delight.

It, was a day of memories also for Liam O’Mahony, chairman of the Great Southern Trail Group which, over 30 years ago, began the campaign and the hard work to save and develop the trail, before handing it over to Limerick City and County Council in 2016 for further development and a €10m makeover.

So yes, July 8 was, indeed, a day for Limerick to remember and to rejoice, a happy, positive story to lift the heart in 2021.

A home revitalised by the love of a city community

I’M winding the clock back to the middle of the year for my favourite story of 2021, writes Nick Rabbitts.

On a summer's Thursday night in June, I attended the unassuming but very proud city community of Lynwood Park, where I witnessed what can only be described as generosity and love beyond belief for one’s neighbour.

Tommy Slater, aged 83​, was devastated when his home in the city was burned down following an electrical fault in 2020.
In the wake of this, the ​widower, and his faithful friend, his dog Pepper moved to his son’s home in Corbally.

But while he was out of the area, his neighbours and friends lovingly restored the home to its former glory, raising thousands of euro in the process.

While Tommy was aware his neighbours were hard at work, he admitted he was "dumbfounded" at the end result, as they unveiled their handiwork to him on a balmy summers’ evening.

Upon entering his end-of-terrace home – after cracking open a bottle of champagne – he struggled to hold back tears, as neighbour Joan LeFevre outlined some of the pictures from his wedding day she had restored after the blaze destroyed pictures of Tommy’s late wife Gina.

In a world full of cynicism, and nastiness, it is so nice that such kindness can still be found. And it really goes to show the support that exists among city communities for someone who has given so much back in the first place.

It was an honour to cover this story, and let’s hope Tommy enjoyed his first Christmas in his newly revitalised home!

Happy new year to all our readers, advertisers and contributors