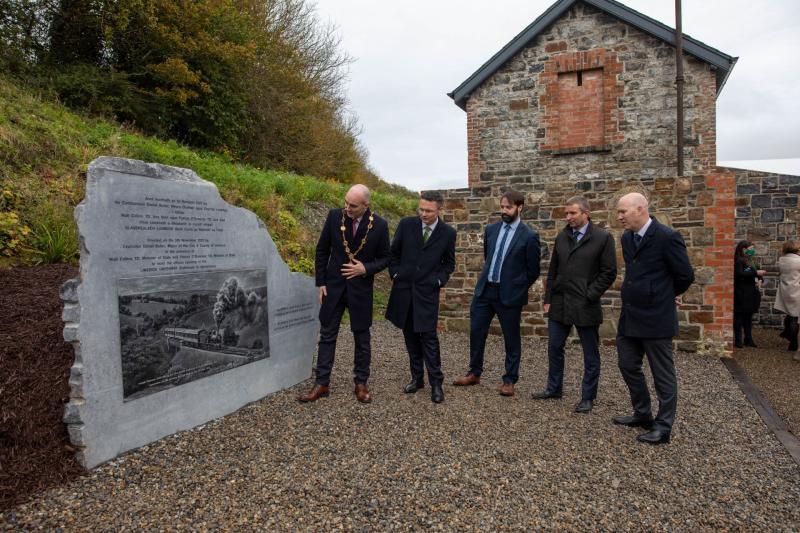 THE multimillion euro Limerick Greenway, which has attracted almost a quarter of a million visitors since it opened to the public has been officially opened.

The 40km greenway, which connects the towns and villages of Rathkeale, Newcastle West, Ardagh, Templeglantine and  Abbeyfeale, opened on July 1 following the completion of upgrade works.

Counters placed at strategic locations along the route show that 218,496 people visited the Limerick Greenway since it opened. The data shows that over 70% were cyclists and there has been overwhelmingly positive feedback from local hospitality businesses across the region.

Commenting at the official opening ceremony, which took place this Friday afternoon, Mayor of the City and County of Limerick Cllr Daniel Butler said: “These figures show that the Limerick Greenway has already become a hugely important amenity for the region and with locals and visitors alike remarking at how good the greenway is, its potential is unlimited.” 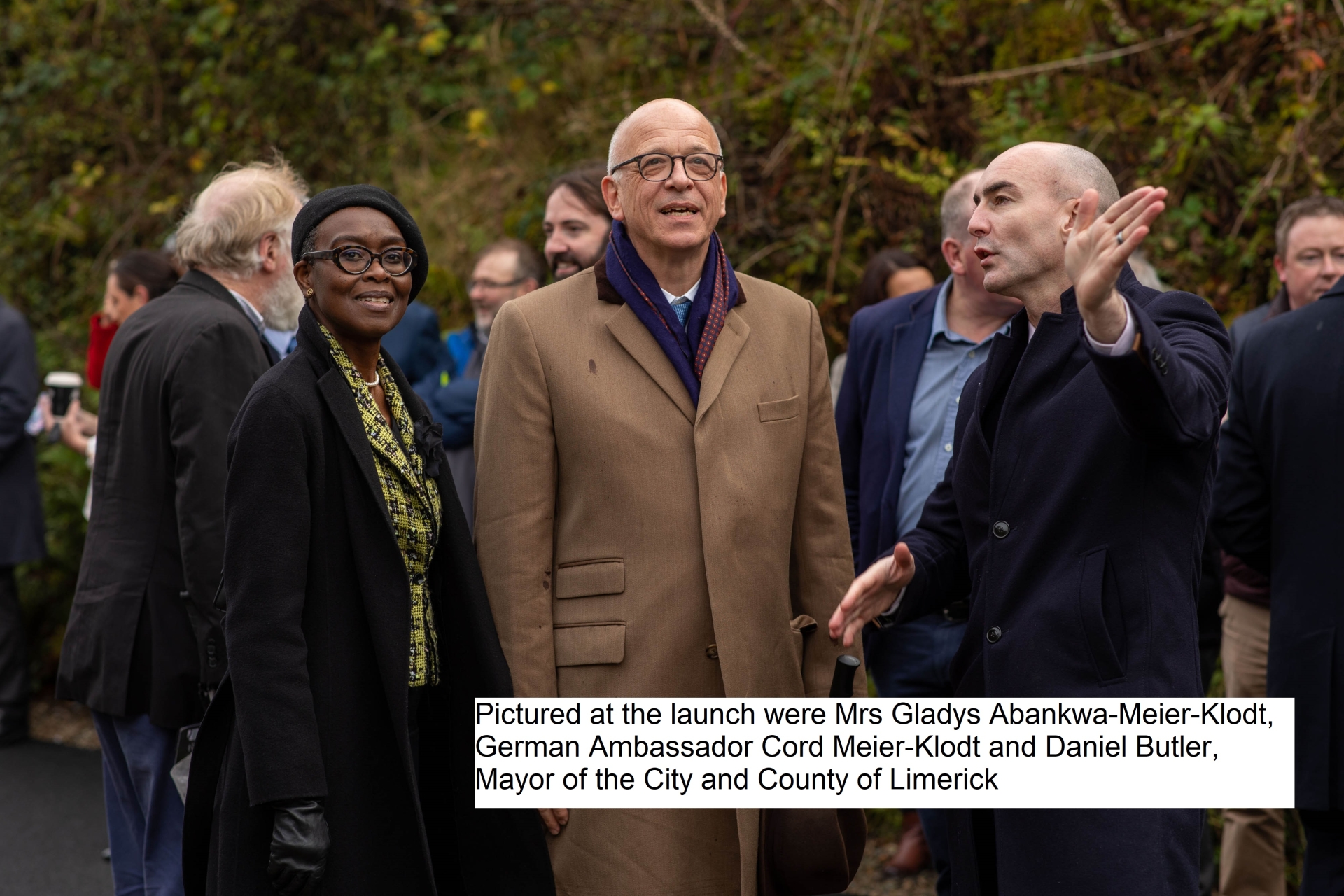 He added that local communities along the Limerick Greenway have played an important role in its development and ultimately its success.

"Their passion and belief give the Greenway an authenticity that visitors can enjoy through the people who live here. It is heartening also to note that we are not resting on our laurels with the Greenway but there are future plans for further development along the route.”

Gordon Daly, Director of Community, Tourism & Culture with Limerick City and County Council said: “This investment has provided a strategic piece of sustainable travel infrastructure and a tourism amenity, which will support local community development socially, culturally and economically. We will continue to develop and harness the potential of the Limerick Greenway for the betterment of all people in Limerick.”

SLIDESHOW: Limerick Greenway going down a storm with locals

Speaking at the opening ceremony, Minister-of-State Patrick O’Donovan, who has responsibility for the Office of Public Works, said: “For me this is a really proud day too because my family are a railway family. My great grandfather Michael Whelan came to Newcastle West from Kenmare to work on the old Great Southern and Western Railway over 100 years ago and his family became rooted in the local community here. So when I became Minister with responsibility for Tourism, I immediately made investment in this a priority for me and the Department.”

His constituency colleague, Minister-of-State Niall Collins added: “I am delighted to be here today for the official launch of this fantastic new Greenway in Limerick, the local community had great vision in developing this route over the years and it is wonderful to see the local authority now bring it to a European standard.”

Mayor Butler unveiled a commemorative plaque in memory of all those who built and worked on the former Limerick-Kerry Railway.  The plaque, made by local stonemasons W O’Connor and Sons, Newcastle West is engraved with a photograph of Locomotive No. 186 climbing Barnagh Bank on 5 June 1972. 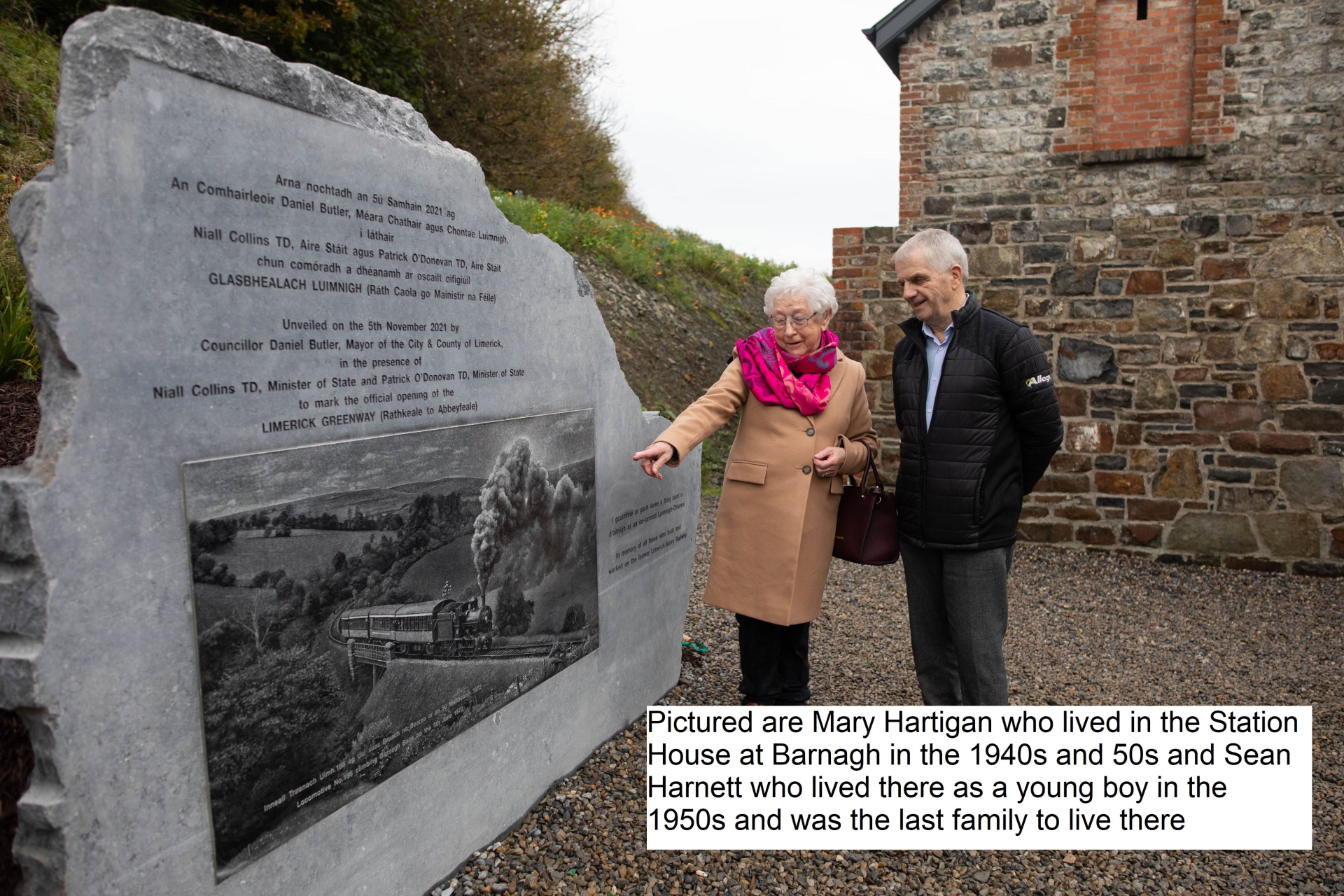