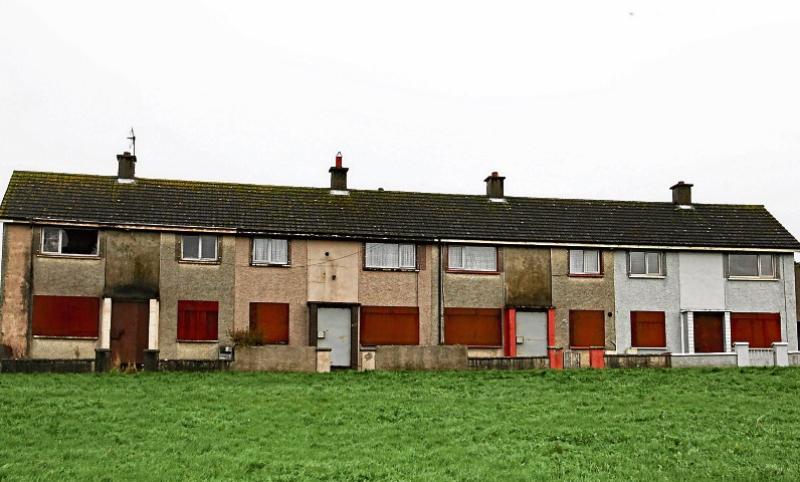 The four houses in O’Malley Park, Southill, that are down for demolition | PICTURE: Brendan Gleeson

A TENDER has been put out for the demolition of four houses in Southill.

Bidders are invited for the job of knocking 319 – 322 O’Malley Park. incorporating site preparation and clearance work.

The response deadline to the contracting authority of Limerick City and County Council is December 22.

Cllr Catherine Slattery questions why they should be demolishing the houses at all.

The Fianna Fail councillor made reference to a recent article in the Leader about a Southill couple, who were told eight years ago their house in O’Malley Park was down for demolition. They were moved to Keyes Park.

Now in 2021, they say not only is their home in O’Malley Park still standing – it has been refurbished. While they are living in between two derelict houses that are "riddled with rats”.

If those people want to stay, some of whom are elderly, they should refurbish the houses for those people and let them live out the rest of their lives in their homes that they have been in for years,” said Cllr Slattery.