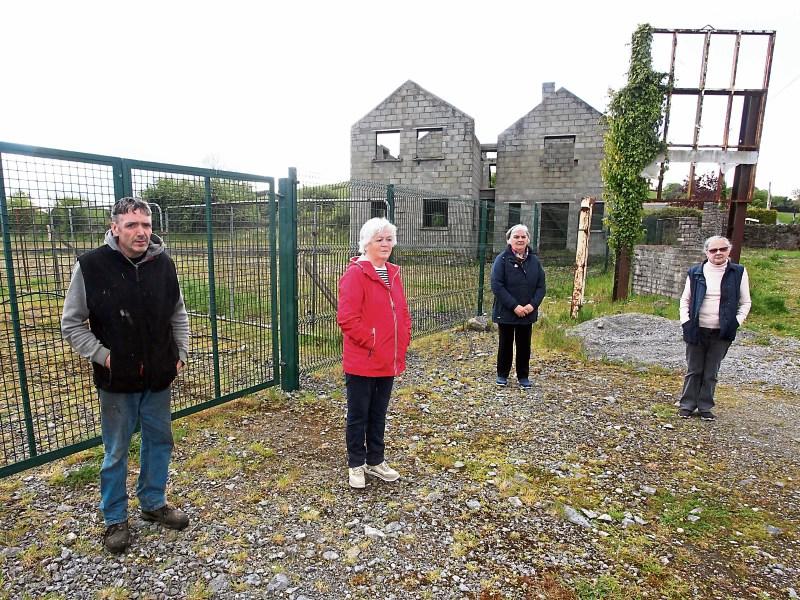 “THERE is one place this can be stopped and blocked,” declared Cllr John Sheahan when the controversial council proposal to build 18 new houses in Broadford was raised at a meeting of Newcastle West councillors.

“The power is with us,” he pointed out. “It is may be about time councillors took back control. What we have heard here this morning is that the interests of the community in Broadford are not being served.”

Earlier, Mary Lee Geary and Mike Boyce from the Broadford Voluntary Housing Association outlined their concerns to the councillors. The Association, they explained, had acquired a corner site in the village which had lain derelict for years and submitted a plan for seven houses to Limerick City and County Council.

The council had visited the site and had argued for a bigger number of houses on the site, something the Association did not agree with because of parking and its location. They were told the council would get back to them with an assessment of need. But that was two months ago and there had been no communication since. “We can’t stress how urgent this is. We need to develop Nunan’s Corner,” Ms Geary said. They had been assured, she added, that their project would be considered before the council moved on the 18-house proposal.

Ms Geary told the meeting it was their view the 18-house development would damage the fabric of the village, and argued instead for the rehabilitation of a ghost estate in Broadford. “It makes much more sense to acquire that site rather than digging up the green field site,” she said.

“I am disappointed. They are here because they are not getting the answers they should be getting,” Cllr Sheahan said, pointing out that Broadford Housing Association was in line with new national policy where the emphasis is on “building out from the centre”.

REVEALED: Which county is home to Ireland's most generous gift givers?

He also argued the ghost estate should be looked at.

Cllr Jerome Scanlan agreed. “We can’t let that site there like a carbuncle on the face of a lovely village and open a site next to it,” he said, making clear his disappointment that six weeks after he had tracked down and passed on the details of the owner, no contact had yet been made with him.

“There is someone not doing what they should be doing,” said Cllr Liam Galvin.

Cllr Michael Collins said that 18 houses “seems excessive” and argued there needed to be engagement with the Broadford Housing Association which he described as a very vibrant group.

“They should be listened to,” said Cllr Tom Ruddle,

“At least we have gotten firsthand this morning what they are looking for,” Cllr Francis Foley said. “They need every encouragement.”

“They should be listened to,” he added.

“There is someone not doing what they should be doing,” said Cllr Liam Galvin.

Director of services Gordon Daly pointed out that not every unfinished housing development could be deemed suitable. But he suggested that a meeting take place in which the three issues, the Association’s plans, the ghost estate and the council plan for 18 houses, could be discussed in context and “teased through”.

This meeting is expected to take place in January.