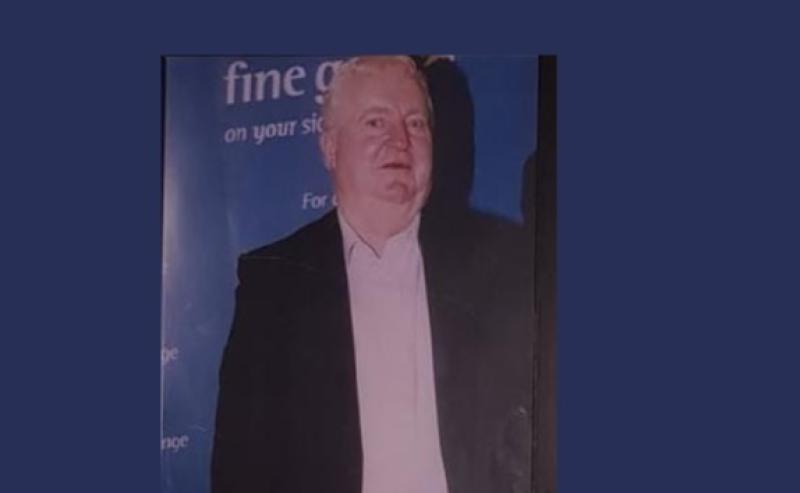 ON DECEMBER 6, 1944 Patrick Casey of Lackendarra, Anglesboro was born to Jack and Margaret who were, by any standards, small dairy farmers with a small amount of tillage sufficient for their own use.

Patsy as he was known to one and all was the eldest of four, joined by his brother Billy and sisters Helen and Mary. Patsy was born into a period known as ‘The Emergency’, ration books and a scarcity of almost everything was the norm.

The next decade was not much better as Ireland was ravaged by unemployment, and emigration at that time mostly to England which was slowly building up after the war. Nothing could have prepared the young Casey family for what was to come with the death of their father at a young age in 1957.

The next few years were really tough. With a young family and their widowed mother to run the farm Patsy and Billy left school at an early age and worked the farm. It was at this stage of their lives they appreciated the sprite of the ‘Meitheal’ where all the neighbours came together to help out at busy times on the farm.

The Casey family were not found wanting when it came to returning the favour - one must remember that farming as with most work was very labour intensive in those times. In the early to mid-1960s a new Bacon Factory known as ‘Galtee Tender Meats’ was constructed in Mitchelstown under the ownership of what was then known as Mitchelstown Creameries now much expanded into ‘Dairygold’.

At the start of the Galtee Tender Meats, Patsy secured employment there. It was a huge opportunity as Ireland was slowly starting to prosper. At that time all new employees had to go to England for training in the meat industry. Patsy went on to spend his entire working life in Galtee Meats in various sections of the factory until it closed some years ago.

When Patsy was growing up in Anglesboro the only pastimes were playing football with Anglesboro Football Club or joining the Liam Lynch Memorial Pipe Band. Patsy and Billy were keen footballers. They were members of the Anglesboro junior football teams and they contested the south finals of 1963 and 1968.

Patsy was also a lifelong member of Fine Gael, always very active for the party. At his passing many politicians past and present paid tribute to Patsy for his work in helping them at election times.

This was recognised by the party a few years ago with a presentation to him by Junior Minister Patrick O’Donovan. Patsy was also keenly interested in horse racing regularly travelling to the Aintree Grand National and nearly all the festival meetings in Ireland. He preferred the festival meetings as people from all walks of life attended these.

Patsy supported all local events. His favourite by a long shot was the GAA with Galtee Gaels and Limerick especially Limerick football teams, during our own John Quane’s Inter County career, difficult for a dairy farmer. Patsy helped out John by transporting him to venues some as far away as Galway, Cavan, Sligo, Longford etc This would allow John to start out later.

The esteem in which he was held by all the players from that era was borne out by the amount of messages from them on the news of his passing. He got his greatest enjoyment when in 2009 the 125th anniversary of the GAA, Limerick picked the best teams of the previous 25 years in football and hurling as well as the best player in both.

At club level Patsy did Trojan work for the club especially fund raising selling tickets, collecting membership, but his greatest of all was the members of the Club Limerick Draw.

In 2012 Patsy was the unanimous choice as vice president of the club, this was followed in 2013 with a loyalty award from the South Limerick GAA Board, both of which were well earned rewards although he never sought either.

His greatest moment came with the senior footballers in the late 1990s and 2000s when he followed them to training sessions getting in even when they were behind closed doors. About four or five years ago Patsy’s health started to decline. He was unable to attend matches or meetings, never the less his interest in the GAA, politics and racing continued.

Patsy missed out on some great moments in 2017 when Galtee Gaels were crowned County Junior Champions and 2019 when they won the Intermediate Championship. He still experienced great joy from these wins. He had served as a selector with previous teams.

He experienced great joy as a result of the 2018 All-Ireland hurling final. A couple of months later when the Liam MacCarthy Cup was brought to his home, tears of joy ran down his cheeks - it was a wonderful sight to witness.

Patsy’s life and contribution to all organisations was described in great detail by his niece Amy Fitzgerald and Patrick English at his funeral Mass.

His time in Galtee Meats and his work for the Fine Gael party were eloquently detailed by former councillor and former Chairman of Limerick County Council and work colleague at Galtee Meats, Matt O’Callaghan who was very thankful to Patsy for his help and encouragement when he first thought of seeking public office and had a very successful career there.

One could write pages of Patsy’s life and times and it would not fully do justice to him, this is just a snap shot of a wonderful loyal and true friend who said it as he saw it, suffice to say ‘Ni beith a leitheid ann aris’.

Patsy was reposed at Fraser’s Funeral Home, Galbally. Removal took place to St Patrick’s Church Anglesboro. On arrival in Anglesboro village it was met by a huge guard of honour from all spheres of life including county board officials present and past who were led by Pa Cronin a lone piper from The Liam Lynch Memorial Pipe Band. All marched in a dignified manner alongside the hearse bearing his mortal remains, draped in the colours of his beloved Galtee Gales and Limerick.

Sympathy is extended to his faithful friend Dina, his sister Helen and the O’Brien family, his sister Mary and the Fitzgerald family his late brother Billy‘s wife Winnie, extended families, relatives and friends.

May Patsy rest in peace.