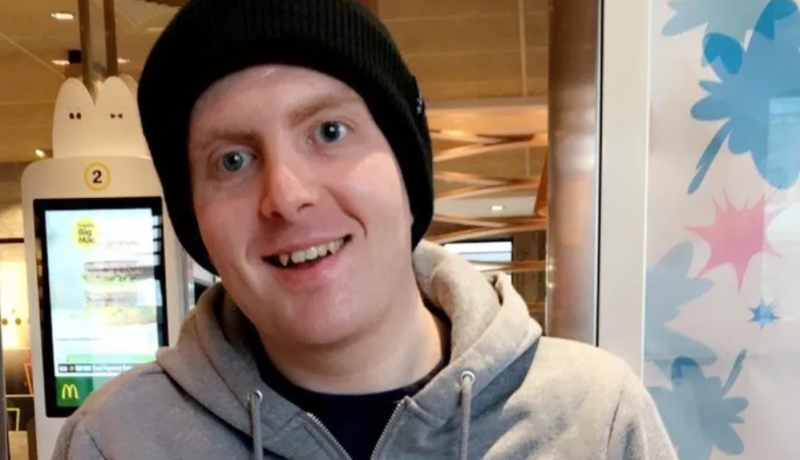 Danny Hennigar was seriously injured in the incident

A FUNDRAISER has been started for a Limerick man who was left with life changing injuries after a hit and run earlier this year.

Danny Hennigar was left with various critical physical injuries as well as a traumatic brain injury after the incident in March.

He has been in hospital since and he is currently in the National Rehabilitation Hospital where his family say he is making amazing progress.

In March a man appeared in court charged with dangerous driving causing serious bodily harm to Danny who was driving a scooter at the time.

The incident happened at around 11.20pm at St Nessans Road and the man was also charged with leaving the scene without offering help to Mr Hennigar.

Danny was in a critical condition in hospital following the incident but he has since made "amazing progress".

Danny's aunt Michelle Hennigar has now started a fundraiser so the family can make adaptations and add an extension to their home to make his life more comfortable.

The young man's family are hoping to bring him home in December however they need to start making preparations to make sure Danny can continue the progress he has already made.

The family originally set a goal of €15,000 however that was exceeded already and they have now extended the fundraiser.

In a post on the fundraising page, Michelle said the money raised had blown the family away.

She said "Due to the phenomenal support our fundraiser has received, we have decided to increase our target. Initially, we thought a target of €15,000 would be achievable, but would take much, much longer to reach than it has.

"The home adaptations needed for Danny have been quoted at a cost of €65,000. We are already trying to avail of housing adaptation grants towards the cost of the extension.

"However they only cover a percentage of the total cost; we still need to find the funds to make up the balance.

"So we are opening this up in response to the overwhelming goodwill of those who are in position to help us. And we are so, so thankful to all those who have already donated and shared what they can to make this possible for Danny.

"We expect him to finally come home to us in December 2021, and we need to make preparations for this as soon as possible!"

Have you seen this man? Gardai seek public help to locate 34 year old missing for 3 days